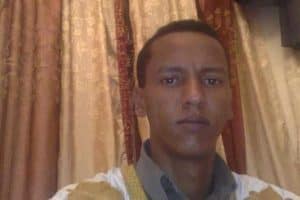 This letter was sent by the International Publishers Association and additional signatories, including PEN America, to the Mauritanian authorities in their respective countries.

I write to express the serious concern of the International Publishers Association and our partners listed below for the life and wellbeing of Mauritanian citizen Mohamed Cheikh Ould Mkheitir, a blogger currently facing a death sentence on a conviction for apostasy. We urge your government to do everything in its power to secure Mr Mkheitir’s release.

Yet, rather than overturn Mr Mkheitir’s death sentence, the Supreme Court returned the matter to the Court of Appeals for re-examination. While Mr Mkheitir’s case is continually delayed and shifted throughout the court system, Mr Mkheitir remains incarcerated in poor conditions and in poor health.

Both international law and Article 10 of the Mauritanian Constitution guarantee to Mr Mkheitir the right to freely express himself. Nonetheless, Mr Mkheitir has sincerely apologized several times, sought forgiveness and denied any intent to insult the Prophet Mohamed (PBUH).

Article 306 of Mauritania’s Penal Code gives the Supreme Court power to cancel or commute his sentence to a maximum of two years in jail and up to 60,000 ouguiya (US$173) if it determines that he has sincerely repented. We recognize that there is significant domestic pressure to punish Mr Mkheitir for his perceived insult to the Prophet Mohamed (PBUH), however, given Mr Mkheitir’s sincere repentance and his right to free expression, we ask that the courts afford Mr Mkheitir his due process rights, acknowledge his repentance and order his release, in accordance with international and domestic law.

The Mauritanian government has eschewed capital punishment for over 30 years; we implore you not to mar this record by taking the irreparable step to recommence state executions now, especially by killing a contrite man whose plight has been the focus of human rights defenders and governments the world over.

Book bans are on the rise. How can students mobilize and respond? This guide will help you fight back against book bans and build a stronger community of readers and advocates in the process: https://bit.ly/3p7YM8U.