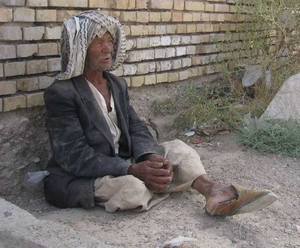 On Friday, February 7, PEN learned that poet Hashem Sha’bani had been executed in Iran.  The following post, which provides background on the poet’s life and case, was adapted from a press release that appeared on the website of PEN International.

The execution of poet Hashem Sha’bani from Iran’s Ahwazi Arab minority shows the gap between Iranian attempts to improve its international relations and the human rights situation in the country. PEN urges the Iranian authorities to release all writers, poets, journalists and bloggers held solely in connection with their peaceful exercise of their right to freedom of expression.

Hashem Sha’bani was a member of al-Hiwar (dialogue), an Ahwazi Arab organization that promoted Ahwazi Arab culture and campaigned for the right to mother-tongue education in Iran. Al-Hiwar was banned by the Iranian government in May 2005, shortly after wide spread anti-government protests broke out among the Ahwazi Arab community.

In September 2011, Sha’bani was arrested alongside fellow teacher Hadi Rashedi and three other men in connection with cultural activities on behalf of Iran’s Ahwazi Arab minority. All five men had no access to a lawyer or their families for the first nine months of their detention and are reported to have been tortured or otherwise ill-treated before and after the verdict.

Iran’s state-controlled English-language television station, Press TV, aired a video in December 2011 of Hashem Sha’bani admitting that he was a member of the “Popular Resistance”—a group which he said had ties to Saddam Hussein and Mu’ammar al-Gaddafi, the former leaders of Iraq and Libya. Later, in a letter alleged to have been written by Sha’bani in prison, he denied having used or advocated violence and said that he had been tortured to make his “confession” and that his three attempts to retract his “confession” in front of a judge were ignored.

Relatives of Hashem Sha’bani, a 31-year-old father from Ramshir (known as Khalafabad by the Ahwazi Arab community), were reportedly told on January 29, 2014 that Hashem had been executed “three or four days before” on charges of “enmity against God,” “corruption on earth,” “gathering and colluding against state security,” and “spreading propaganda against the system.”

“While the releases last year of prominent writers such as lawyer Nasrin Sotoudeh and journalist Jila Bani Yaghoub were welcome, the authorities [in Iran] must show that they are truly committed to respecting freedom of expression and other fundamental rights,’” said Marian Botsford Fraser, Chair of PEN International’s Writers in Prison Committee.

PEN International is monitoring the cases of well over 20 writers detained, imprisoned, or facing imprisonment in Iran.