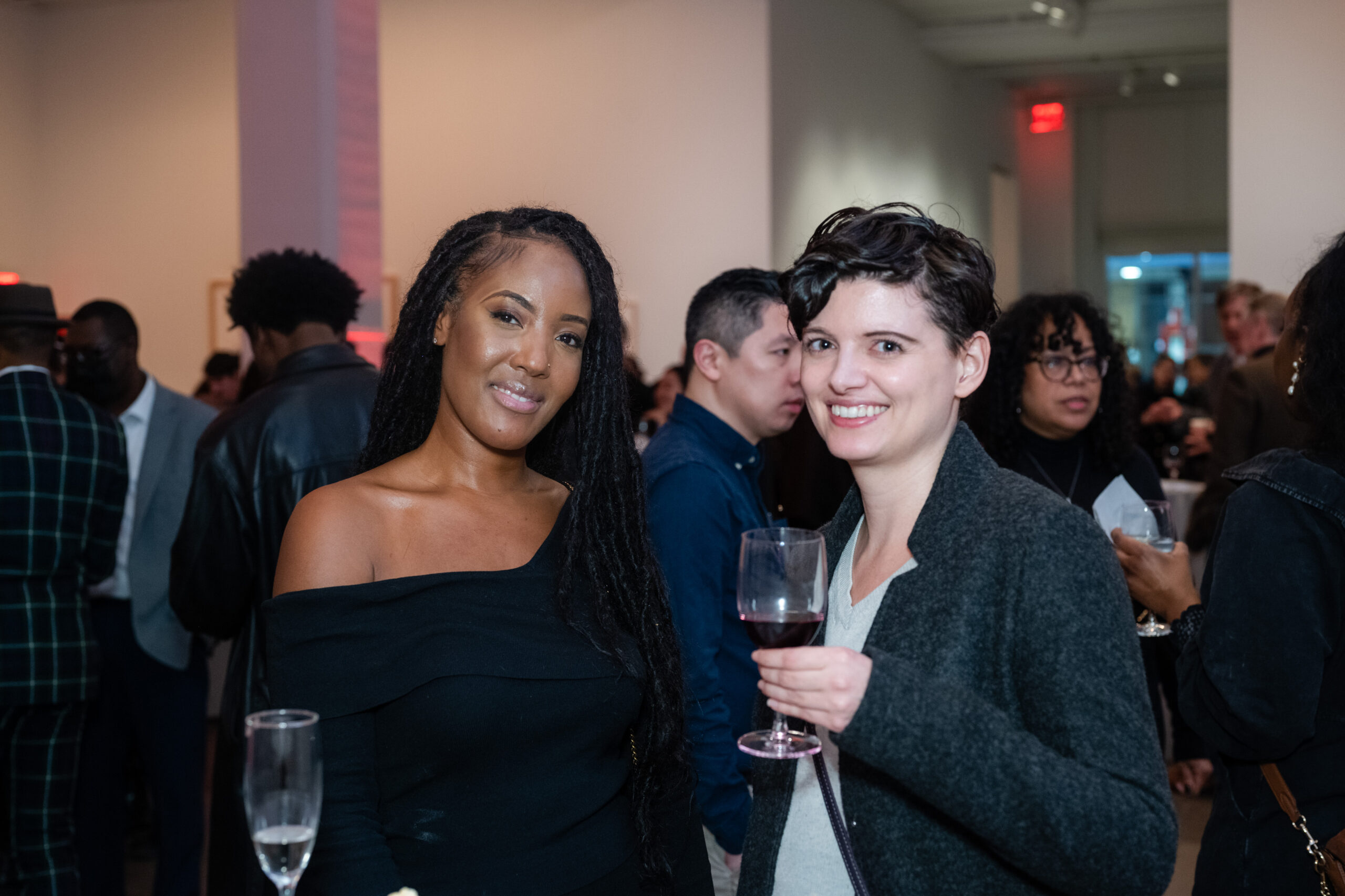 For the first time since the COVID-19 pandemic, we gathered with more than 200 PEN America supporters and book lovers at our annual New Year New Books Party at the Sean Kelly Gallery in Manhattan. 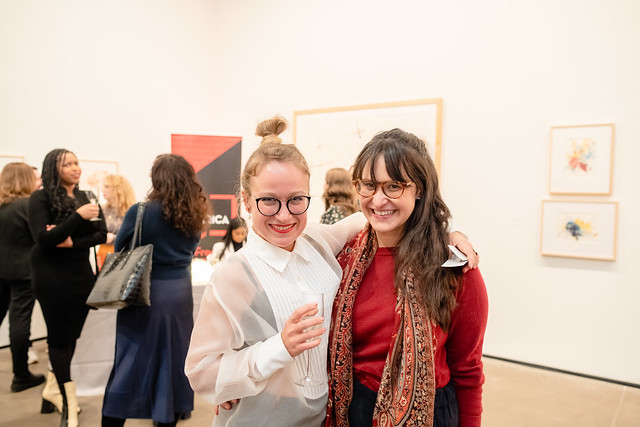 “One thing we discovered as we delved into the history of PEN America is that if you go back 100 years, it started with parties,” Nossel said. “PEN America has been throwing parties for 100 years. These gatherings, when we come together and enjoy each other’s company and let loose and talk and connect are what galvanizes us for the fights that we must wage.”

Boylan and Jones talked about PEN America’s advocacy work, particularly around censorship and book bans. Jones, author of the challenged book The Prophets, quoted from PEN America’s Banned in the USA report, which found that during the 2021-2022 school year, there were 2,532 documented instances of individual books being banned, affecting 1,648 unique book titles.

“Of course these book bans disproportionately target writers of marginalized identities and experiences. For example, 41% of the books banned were those that contained LGBTQIA+ characters or themes, and 21% directly addressed issues of race and racism. And did you know, a full 75% of books banned during this period were works of fiction? Seems like my book hit the trifecta,” he said. “As James Baldwin said, the jackpot.” 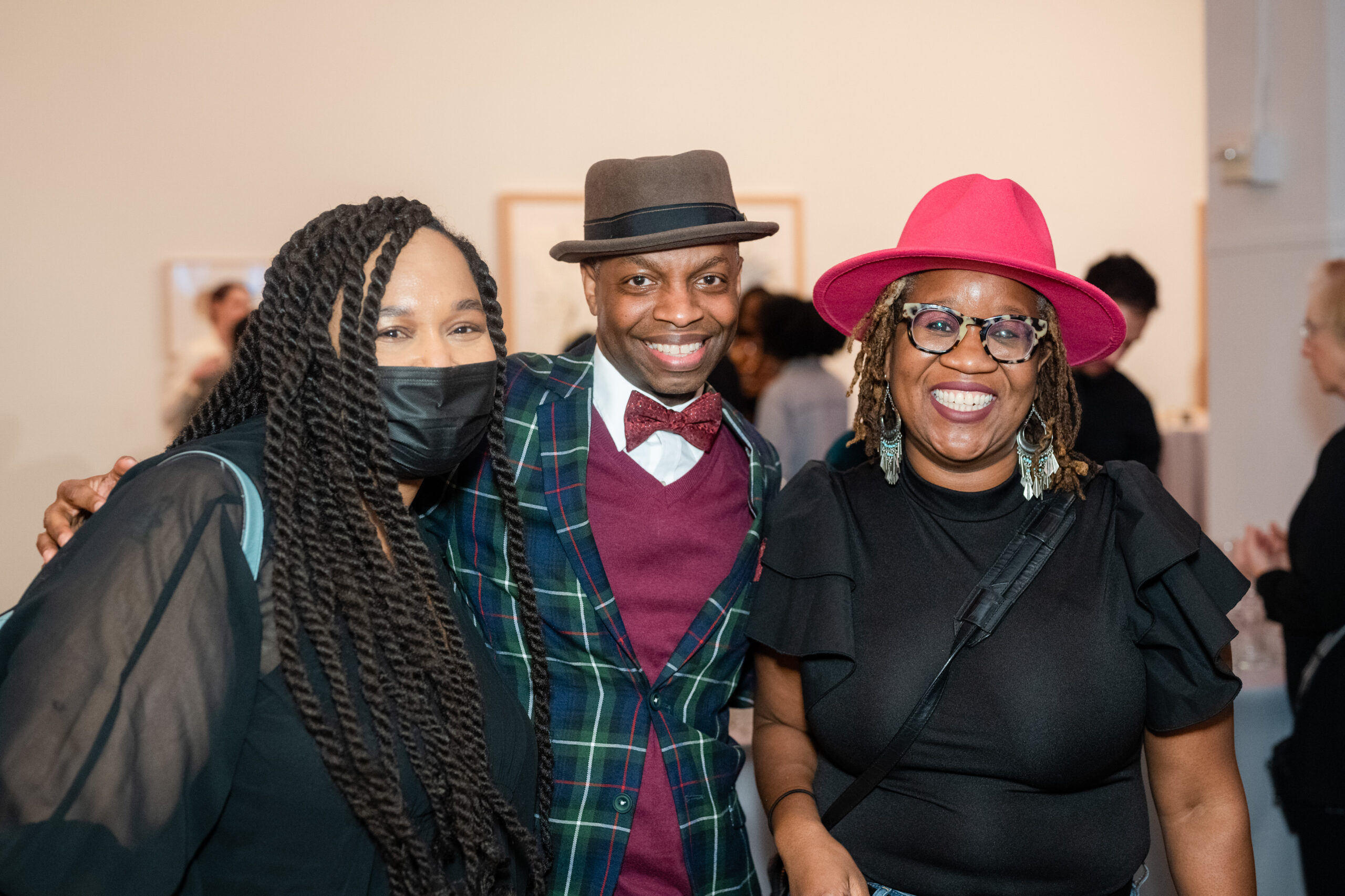 Jones cited a Harvard Business Review article that found reading literary fiction helps people develop empathy and critical thinking, adding that book banners “are not simply trying to deny generations of us a well rounded and thoughtful education. They’re trying to rob us of our humanity.”

“An ignorant society is an obedient society. The banning of books is strategic, not happenstance. This is why the work being done by PEN America is crucial in not just identifying the problems, but galvanizing us to fight back against these attempts to legislate literature out of existence and limit artistic freedom and access. It is a cliche, but it is also true: Knowledge is power. Don’t let them take yours away from you.”

Books on the 2023 PEN America Literary Awards longlists were on display, along with images of titles from PEN America members projected on the wall.

Ars Poetica wrote poems on the spot on the spot as partygoers stepped into a photo booth with words of support, and engaged in lively repartee. All allies of the literary community, including readers, writers, journalists, editors, agents, translators, publishers, and friends were warmly invited.