Universities Must Prioritize Both Campus Safety and Free Speech as Complementary, Not Competing Imperatives 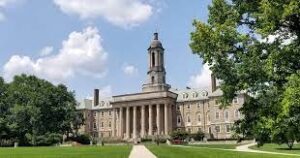 During the past month, two public universities dealt with campus confrontations involving controversial speakers, student protesters, and apparent members of the Proud Boys, an organization heavily implicated in the January 6, 2021 attack on the Capitol.

In another incident at the University of California-Davis, the student chapter of Turning Point USA was set to host an event featuring conservative podcaster Stephen Davis, whose polemical views on abortion, gender identity, and racism provoke controversy and offense. Neither Turning Point nor Stephen Davis is affiliated with the Proud Boys, but protestors who clashed outside the event included some individuals clad in Proud Boys attire. Again, pepper spray was used in the confrontation, and again the event was canceled, this time with the support of the campus’s TPUSA chapter, and the university stating that there was “grave danger should the event continue.”

PEN America agrees with the approach taken by both university administrations in making a sustained effort, in the face of criticism, to allow these events to go forward – in order to uphold their students’ rights to invite speakers to campus, even those associated with controversial or hateful views. Both campuses, however, were confronted with outbreaks of violence between protesters and supporters of the speakers, which put the intended events, and the very potential for the exchange of ideas, in clear jeopardy.

In our PEN Principles of Campus Free Speech, we maintain that campuses should foster “a culture where speech and reasoned debate are seen as the best tools for confronting mistaken, wrongheaded or hateful ideas.” We also state that, “except in the most extreme cases, concerns over threats of violence or the potential outbreak of violence should not be grounds for withdrawing an invitation or canceling a controversial speech or event.” This is so even in cases when the presence or words of a speaker on campus are disruptive, deeply upsetting or contrary to a university’s stated values.

There are circumstances under which language can cause harm, particularly when it comes to individuals who are on the receiving end of pervasive denigration and stereotyping. But claims regarding the potential for speech to cause harm have become widespread, and are being used by groups across the political spectrum in an effort to silence speech with which they disagree. The argument that such potential harm should be grounds to preemptively cancel a speaker is an invitation to censorship, putting power in the hands of authorities to decide what speech and viewpoints can and cannot be heard.

Thus, when student groups are authorized  to invite speakers of their choosing to campus, administrators should not exercise unbridled discretion to reverse these decisions. To do so would be to negate the openness of American campuses to a wide range of ideas and viewpoints. Nonetheless, when the threat of violence becomes actual violence – particularly when allegedly instigated by supporters of the speakers in an effort to silence protesters – universities may find that their duty to keep their campuses safe cannot be fulfilled without compromising their responsibility to keep their campus open to all viewpoints. This underscores the vital importance of urging students and all stakeholders or visitors to campus of all political persuasions to exercise their protest rights peacefully. There are many examples of potent protest and counter-protest tactics that register grave objections without resort to preemptive silencing. When the parameters of peaceful engagement are breached, universities cannot stand by  as student protesters or campus police are subjected to violent attacks.

We have also emphasized that, particularly when tackling topics that may generate heated confrontation, student groups and other campus organizations should exercise a duty of care, and “choose [their] invitees and topics of conversation mindfully” – an admonition particularly relevant to the selection of speakers associated with groups who are known to espouse racist views and provoke and engage in violent conflict. While there may be genuine reasons to want to air influential perspectives and ideologies on campus, there are other instances in which such events may be scheduled mainly in order to provoke or intimidate. It is incumbent upon universities to recognize how such hateful speakers may chill or silence other voices on campus, particularly students from backgrounds or identities that are the targets of such hate or vitriol. When those doing the inviting have reason to expect that others on campus will be shocked, outraged or offended by the views to be expressed at an event, organizers should consider the potential costs and benefits of the dialogue they hope to create and, should they proceed, how to ensure that conversation unfolds in a manner that can foster open exchange.

In scenarios like this where speakers invited to campus have previously expressed views that the university leadership considers odious or deeply offensive, there is an opportunity to support counter-programming to these events–such as was organized at Penn State–in order to affirm the institution’s values and to acknowledge the risk that some programming may run counter to the university’s academic commitments to support respectful, inclusive, and open exchange for all.

“Tonight,” Penn State President Neeli Bendapudi noted after canceling the McInnes-Stein event, “the message too many people will walk away with is that one can manipulate people to generate free publicity, or that one can restrict speech by escalating protest to violence.” PEN America hopes observers come away from these incidents with exactly the opposite impression. It matters both that the universities supported students’ right to hold these deeply controversial events in the face of calls to cancel them, and that they canceled them only when the clashes on campus descended into actual violence.

“The obligation to refrain from violence is obvious,” we wrote in 2019 in Chasm in the Classroom, “a moral baseline for participation in any democratic society…violence in the context of protest against speech is never justified.” Campus free speech and campus safety are complementary, not competing, imperatives. In facing this emerging challenge, universities must prioritize both – and both Penn State and UC-Davis have sought to do so in these instances.