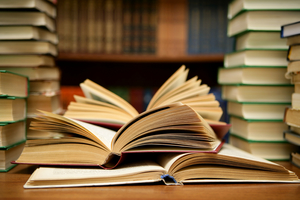 This is the first year that PEN is releasing the longlisted titles of its book awards while also celebrating the many distinugished awards judges who nominated them. This year, with the help of its partners and supporters, PEN will confer 18 distinct awards, fellowships, grants, and prizes, and confer nearly $150,000 to some of the most gifted writers and translators working today. Be sure to check back with PEN.org on June 17, when the shortlists will be announced. Winners will be announced on July 30th.

PEN/Diamonstein-Spielvogel Award for the Art of the Essay ($10,000): For a book of essays published in 2013 that exemplifies the dignity and esteem that the essay form imparts to literature.

*Ed Pavlic’s collection of poetry, Visiting Hours at the Color Line (Milkweed Editions) was mistakenly submitted for the PEN Open Book Award by the publisher and passed forward to the 2014 judging panel, who selected the title for this year’s longlist announcement. This title does not, in fact, meet the eligibility criteria specified in the online guidelines and so it has been removed from consideration. PEN apologizes for any confusion this has created and will rectify the vetting process accordingly for its 2015 submissions process.

(The following PEN Awards do not have longlists but are listed below to announce the participation of those authors who are judging the awards. The winners will be announced on July 30th along with all of the winners for the book awards.)

PEN will begin accepting submissions for its 2015 Awards later this summer. For a list of all 2015 PEN Awards and information about submission guidelines, please visit www.pen.org/awards. For questions about any of the awards, write to awards@pen.org. For questions about the long-listed titles, upcoming awards announcements, or advertising in the 2014 Ceremony program, please contact Paul W. Morris, PEN’s Director of Literary Awards, Membership, & Marketing, at paul@pen.org.