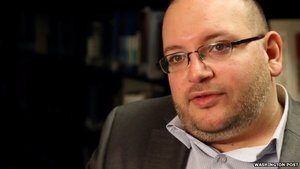 This article was posted originally by PEN International on July 30, 2014.

The continued detention of three journalists arrested in Iran last week is yet another sign of increased pressure on the media and restrictions on free speech in the Islamic Republic of Iran, PEN International said today. The organization called for their immediate and unconditional release if they are held solely in connection with their legitimate activities as journalists.

Jason Rezaian, a reporter with the Washington Post who holds both US and Iranian nationality, and his wife Yeganeh Salehi, Iran correspondent for the UAE newspaper The National, were arrested at their home on July 25, 2014. Two unidentified freelance photo journalists who are also US citizens were also arrested on the same day; one has since been released.

No official reason has yet been given for the arrests.

Iran is one of the worst jailers of writers—including journalists, scholars, bloggers, and filmmakers—in the world. Well over 20 writers are serving prison terms in Iran for the peaceful expression of their views. Others are in detention awaiting trial, including at least 15 who have been arrested since May this year.

“Journalists are all too often the pawns in the power politics playing out in the country. Instead of locking them up, the Iranian authorities should recognize the value that a vibrant but critical press can bring to the healthy government of a county,” said Carles Torner, Executive Director of PEN International. “If these three journalists are held solely in connection with their peaceful journalistic activities, they should be released immediately and unconditionally.”

In recent weeks, PEN International has issued two Rapid Action Alerts on behalf of journalists imprisoned or detained in Iran. Marzieh Rasouli began serving a two-year prison term with 50 lashes on July 8, while Saba Azarpeik remains under interrogation in an unknown location, where she is at risk of torture or other ill-treatment, since her arrest on May 28, 2014.