Her Family Destroyed All Copies of Her Most Prestigious Novel 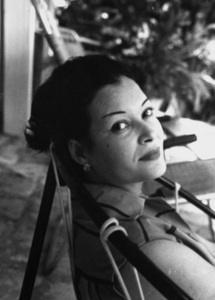 PEN Haiti is celebrating its 3rd Libérez la Parole festival of literature this week in several cities throughout the country. Each year, the festival is dedicated to a prominent Haitian author who was persecuted for his or her work. This year’s festival is devoted to Marie Vieux Chauvet, an author who fought for equality amongst Haitians and explored themes of voodoo, colonialism, and sexuality through her numerous novels, short stories, and stage productions. Chauvet’s most penetrating novel, Amour, colère et folie, was slated to be published by the prestigious Gallimard house in France, but her family intervened, buying and destroying every copy out of fear that her publication would incur the wrath of the brutal Duvalier dictatorship. It was only after Chauvet’s death in 2003 that the work was published.

PEN Haiti was founded in 2008 by the late Georges Anglade, an ethnographer and writer who was killed in the 2010 earthquake. In 2012, a new house of literature was created in Anglade’s honor and is currently run by Executive Director Jean-Euphèle Milcé. The burgeoning center has become a hub for free expression and literature. Each day, children from the local community explore its digital library and the center hosts monthly artist salons and debates. PEN Haiti is also striving to support emerging writers in the country through two-week residencies, during which young writers are paired with successful authors for mentorship.

The festival will take place in the cities of Gonaives, Petite Goave, and Thomassin through Sunday, July 27.