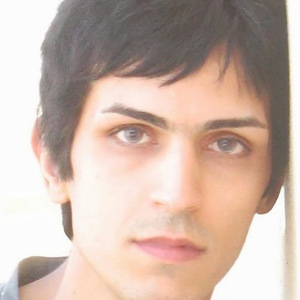 Iranian poet and novelist Payam Feili was forced into exile in Turkey last month amidst mounting threats against himself and his family, the poet told PEN International and PEN American Center this week. Feili described how he was seized from his home by plainclothes officers on February 2nd, shortly after he signed a contract to publish a Hebrew translation of his work in Israel, and was held blindfolded in a shipping container at an unknown location for 44 days.

At no point was Feili officially charged with a crime.

In early June, Feili says that he began receiving telephone threats following the publication of a Dana News Network article, “The Creeping Trend of Content Production to Encourage ‘Homosexuality,’” targeting Persian publishers abroad who support writers exploring homosexuality in Iran. The article carried a photo of Feili, labeling him a “faggot” and claiming that he was cooperating with dissidents to attack the Islamic Republic through his writing.

In his novella I Will Grow, I Will Bear Fruit… Figs, as in much of his writing, the poet speaks openly of his sexuality.

I am twenty-one. I am a homosexual. I like the afternoon sun.

Poker. That is what I call him. He is my only friend. We met during military training. He is twenty-one. He likes the afternoon sun, and he is not a homosexual.

It is always like this. Things that you cannot whisper to someone, you must shout out in solitude.

I found you on the edge of the fog, Poker.

Feili says his openness regarding his homosexuality—a courageous move in a society where homosexuality is illegal and punishable by imprisonment, corporal punishment, or, in some cases, death—has left him unable to publish in Iran following the release of his first book, a collection of poetry titled Sakooye Aftab (The Sun’s Platform). Although he succeeded in getting the collection published, it was heavily censored. Another attempt to publish a translation of his work in Iran was thwarted after government officials threatened his translator, according to Feili. Shortly after this incident, he says his email account was hacked and he was locked out of his online blog.

The young author is currently staying in southwest Turkey, having entered the country on a tourist visa. Facing medical problems and an uncertain future, Feili and his supporters are pushing ahead with efforts to find him refuge in a European country.  PEN is continuing to work with Feili and his supporters to ensure that he, and other writers at risk of persecution, find solidarity and support to practice their craft in safety.

Read more on Payam’s story at the Daily Beast. To send messages of solidarity and other supports to Paya Feili, email campaigns@pen.org.