Ilham Tohti on His Concerns Before His Detention 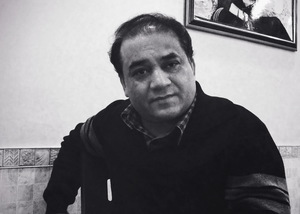 I have realized that I don’t have too many good days ahead of me and I have a feeling that the Chinese government may not have the best intentions in dealing with my situation. Therefore, I feel that it is necessary for me to leave a few words behind before I no longer have the ability to do so.

First, I would like to emphasize that currently, there are no physical marks or bruises on my body. About two months ago, the Minzu  University performed physical examinations on all the teachers, including myself. The results of my physical examinations have been recorded and sent to all major hospitals in Beijing. I am currently very healthy and do not have any illnesses.

The last time I was not well was on February 2, 2013, after I was beaten by a few national security officers at the airport.

The officers punched my heart, and after the incident I had chest pains whenever I felt tired. However, I no longer feel the chest pains and I am in perfect health.

If I do pass away in the near future, know that it will not be because of natural causes and certainly not a suicide. I am a Uyghur, a father, and a righteous man. I do not extol suicide and neither does the Uyghur culture. Therefore it would be impossible for me to commit suicide.

The only way I might utter such words is under abnormal circumstances. By that I mean an abnormal state of mind, perhaps influenced by drugs or other substances intended to coerce a false confession.

My fourth point is that I have never associated myself with a terrorist organization or a foreign-based group. The path I have pursued all along is an honorable and a peaceful one. I have relied only on pen and paper to diplomatically request the human rights, legal rights, and autonomous regional rights for Uyghurs and appealed for equality in regards to their individuality, religion, and culture.

I have persistently demanded justice from the Chinese government. However, I have never pursued a violent route and I have never joined a group that utilized violence.

I have never started an organization, but I have attracted a number of friends and supporters, both Uyghur and Han Chinese, who share my vision. Uyghurs should be able to receive the same respect given to the Chinese and they should also have the ability to preserve their dignity.

I have never spoken like this before, but I am almost confident that the Chinese government is trying to get rid of me this time. Please save this conversation from today and be sure to keep it until you need to release it, when it is necessary.