How the Database is Powering the New World Economy 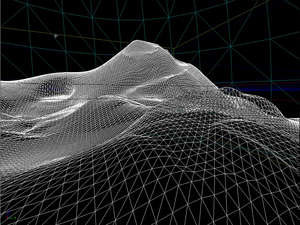 This poem is from the forthcoming Privacy Policy: The Poetics of Surveillance (Black Ocean), edited by Andrew Ridker.

How the Database is Powering the New World Economy

No one looked at us and thought, now there go a couple good-looking lists,

even when we had plenty of lists written out at home, that we kept on our desk, and in our email.

Sometimes we posted detailed lists along the hallway, and that’s what led to the kitchen.

Lists about thriftiness and pecan pies and surprises and vocabularies and shapes,

We had long lists, and lists of very long things, that had many different segments.

There were lists about us. I said that.

And then another list we were forever trying to keep open.

Or maybe a Modernism is quiet enough at night that you can think a lot about yourself,

In the world of computers, you use a database to keep track of these things.

One of those three-dimensional objects they call a database engine.

A list of lists that goes on into some kind of ad infinitum.

that’s blocked in by a dumpster.

And there’s a graffiti on the side in that wide script graffiti makes, and it says, “Take that.”

The other night I had a dream. The dream was a mountain.

with all the dimensions available to a mountain, including a full mineral inventory,

and, of course, a cave for birds, at least the birds that could support the life of a mountain.

The problem is a dream should not have its own inventory.

It could have a personality. Or a plan of action.

It could be a mountain.