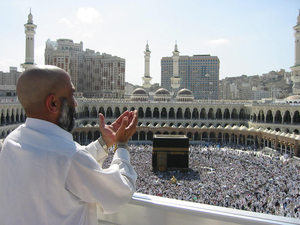 The needles of the clock in the outer hall announced that it was ten o’clock on the dot; calm and silence enveloped the “House of the Dead.” ‘Arif and Hisham were playing chess, while ‘Ali tossed and turned on his bed, trying to sleep; meanwhile, propped up on their elbows, Yahya and ‘Abdelghani were talking in whispers. But it wasn’t long before the guard Sa‘idan looked in on them all, ordering them to sleep, for the clock had struck the time for lights-out. As he did every night, ‘Arif answered:

– But it is still early, and we don’t need to get up early.

And, as usual, Sa‘idan replied:

– Shut your mouths! Everyone sleeps at ten o’clock—those are the Colonel’s orders.

So ‘Arif gathered up the chess pieces and put them in a small cardboard box; he stuck the chessboard under his mattress, mumbling softly in a voice that Hisham could hear:

– OK, OK—the Colonel, the will of God, historical determinism: no one holds them back!

Hisham then asked the guard for permission to go to the bathroom and brush his teeth before going to sleep, but Sa‘idan refused.

– You should have done that before bedtime. What are you worried about anyway? That your necklace of pearls is going to rot?

He left for the other cells, laughing audibly. How they hated Sa‘idan! They hated him as much as they liked his colleague Mar‘i. For even though Sa‘idan sometimes ignored their games of checkers and chess, and their conversations among themselves, they could never trust his reactions. During the Colonel’s surprise visits to the prisoners, Sa‘idan would often tell him the location of the chess set, and who had been talking to whom; and on this “who talked to whom” the Colonel would base his interrogations and conjectures. Hisham had neither met nor seen the Colonel—and he was not longing to do so anyway—but ‘Arif’s stories had instilled terror in every particle of his body. Sa‘idan was a model in miniature of the Colonel, or at least that is what he tried to be, even though he would never attain the Colonel’s rank in anything. Sa‘idan relished causing them discomfort, whereas Mar‘i would feel especially happy whenever he could make things easier for them. In all truth, man is better than an angel and more wicked than the Devil, and he must choose between the two. An angel is not an angel through choice, nor is a devil a devil of his own accord, but man is either, according to his will.

They slipped onto their mattresses and covered themselves with blankets halfway up their chests; the weather could not be trusted this time of year, despite the fact that Jeddah never experiences bitter cold in any season. Jeddah’s weather was, like the city itself, quite stunning, except during the two or three months of heat and humidity, which cannot be compared with the stifling humidity of Dammam. A few minutes later, the place was filled by Yahya’s snoring, then ‘Abdelghani’s broken snore, and lastly ‘Ali’s breathing. But Hisham stayed awake. He was incapable of sleeping until after midnight, when he could be sure that he would not be invited to the evening’s “party.” He began whispering to ‘Arif, although he knew that ‘Arif couldn’t hear him; meanwhile Sa‘idan was humming a song by a rising star called Muhammad ‘Abduh. The needles of the clock embraced, announcing twelve o’clock. Hisham’s heart jumped from his chest, and his breathing quickened while he listened intently. This was the moment, the time when ghosts came out of their lairs, jinns dispersed, and the dark angels Munkir and Nakir awoke from their temporary slumber. The Colonel and his adjutant Jiljil… As much as Hisham had loved midnight in the past, he now loathed it. For even many years after leaving the House of the Dead, his body would tremble violently whenever he heard the clock strike midnight. As time passed and he heard no voices, gradually he began to feel relieved. He whispered, trying to dispel both the hour’s gloom and the sound of Sa‘idan’s footsteps:

Annoyed, snorting, ‘Arif replied in a voice between wakefulness and sleep.

– Who do you think they are going to summon tonight? Or maybe they won’t summon anyone. A kind of holiday.

It seemed to Hisham that ‘Arif was smiling when he said:

– And do devils take holidays? If we were in Ramadan, I would say that they were chained up to give us respite. In any case, I don’t know.

Then, laughing with a sound like a creaking door:

– Perhaps it will be you.

Terror struck Hisham, and he broke into a sweat. He felt his stomach coming out of his throat and said in a trembling voice:

– God forbid, man! Please, ‘Arif, I am not in a state to handle any of your jokes.

– Don’t worry, my friend, I was only messing around. Anyway, that’s where we’ll all end up[1]—I mean with the Colonel and his disciple Jiljil.

Read the complete chapter at The Common