Favorite Books of 2013 | Poetry from Slate 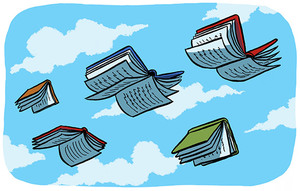 We are inluding a list of the best 2013 poetry published earlier this month in Slate, carefully curated by Jonathan Farmer.

At least once a decade, the conversation about poetry gets bloody enough to inspire rubbernecking. This year, for example, publications as august as Harper’s have gone viral with get-off-my-lawn rants against a contemporary poetry their authors seem hardly to have read. And last year, major critics once again managed to cause substantial offense bemoaning standards that risk serving readers too unlike themselves—sometimes in the name of a progressive agenda, sometimes in outrage at the application of a progressive agenda to something as important as poetry (and sometimes talking about the same book). It’s hard to resist, but it’s also a stretch, this sense that if we can keep other people from loving what they love, we can get back to—or on to—something worthy of us, at last.

And so here’s to the obvious: This list is not a meaningful statement about the books it excludes. These are, simply, the books that most plausibly enact, for me, a meaningful engagement with a world I wish were better but still imagine as “the right place for love.” They’re part of how I’ve proved it to myself. This year, these are the books I’ve loved the most.

El Dorado, by Peter Campion
Campion thinks openly and gracefully in his poetry, reckoning with the uniquely privileged state of being privileged in America right now, as well as the ethical and intellectual burden it requires of anyone who chooses to live fully aware. El Doradowears its real and compassionate intelligence with all the alert articulation of our skin—the same skin through which Campion summons hints of “one molten soul inside/ the finite ways skin rides the bone and bone/ pulls skin across it.”

Song & Error, by Averill Curdy
Tongue-twister dense, written in a language that feels heavy with its own history—which is to say, our history—Curdy’s poems amaze because they move so well. It’s kind of like watching a 300-plus-pound lineman chasing down a running back from behind, except the destruction here is already done, already encoded in the materials we have to use to make sense of our place in the world.

An Ethic, by Christina Davis
There’s an almost ascetic vulnerability to these poems—an interest in making statements stand in near-isolation—that charges everything Davis writes with an intense humility. Her ambition is unmistakable, but it’s ambition for a kind of truth that verges on silence.

Unpeopled Eden, by Rigoberto Gonzalez
Gonzalez strips his language down so far that it starts to sound like a collective voice—the voice, quite often, of a place emptied of emigrants killed or departed. But even as he arrives at that communal authority, a shifting and inimitable imagination insists on the singularity of what he says: “When it rains the women never say/ it’s coming down, they point to the ground/ and say it came.”

Axis Mundi, by Karen Holmberg
Holmberg writes untimely poems with an acute feel for the way time weighs on the shape of the world. Armed with a biologist’s lexicon, she feels a little like the amateur scientists of an earlier century—people implicitly authorized to explore everything around them. Axis Mundi registers the freshness of that encounter in a style that delights in making connections: “the predawn/ meteor shower, a veil of debris/ we pass through every year,/ our atmosphere’s abrasive sac/ igniting a star’s/ death matter.”

Darktown Follies, by Amaud Jamaul Johnson
Much of Darktown Follies poses as a kind of mock minstrel show, one that records the ways in which blackness and black Americans have been exploited for the sake of entertainment. What makes that especially compelling here is the fact that Johnson so fully (and successfully) devotes himself to writing poems that are themselves immensely entertaining, even when they’re thoroughly upsetting, too. 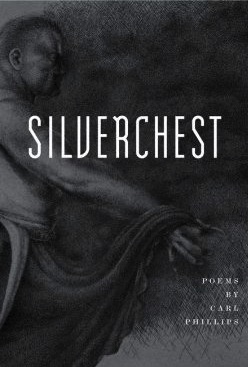 Silverchest, by Carl Phillips
Silverchest feels haunted from first to last. Hinging many of his most beautiful lines in a complex grammar that often subjugates them to plainer truths, Phillips convincingly struggles with the way life requires us to knowingly invest in erasable meanings—and the ways that going on living after a beloved dies undermines past meanings, too.

Incarnadine, by Mary Szybist
Szybist has built an entire book around the coincidence of her name, using the overlap with the mother of Jesus to articulate her hunger for something more than human and her desire to find it in a comfortably human form. The result, winner of this year’s National Book Award, is incredibly enticing—a book that always seems to be on the brink of revelation but that allows for neither easy answers nor easy evasions.

Companion Grasses, by Brian Teare
Teare combines careful observation (much of the book grew out of his hikes with a field guide to grasses in hand) with an intricate awareness of all the people who accompany our seeing, be they lost loves, Transcendentalist philosophers or the authors of field guides. The resulting poems are both remarkably companionable and deeply elegiac. “Who wouldn’t wish to linger in the material world,” he asks in one poem, “that won’t spare me or let me hold a living hand to him :/ all spring I’ll return/ to bring grief to the field.”

Turn Me Loose: The Unghosting of Medgar Evers, by Frank X. Walker
A collection of dramatic monologues revolving around the murder of Medgar Evers, Turn Me Loose never lets Evers speak. Instead, the star here is his assassin, Byron De La Beckwith, whose speeches arrive at a reality of violence and hate that doesn’t require our sympathy to be plausible. Walker’s ability to create a human voice of inhumanity—and to place it alongside other voices that struggle to remain human in the face of such devastation—revitalizes our history at a time when too many want us to live as though it were merely a thing of the past.