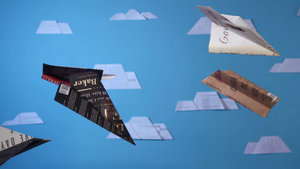 By turns tender and trenchant, Adichie’s third novel takes on the comedy and tragedy of American race relations from the perspective of a young Nigerian immigrant. From the office politics of a hair-braiding salon to the burden of memory, there’s nothing too humble or daunting for this fearless writer, who is so attuned to the various worlds and shifting selves we inhabit — in life and online, in love, as agents and victims of history and the heroes of our own stories.

THE FLAMETHROWERS
By Rachel Kushner (Scribner)

Radical politics, avant-garde art and motorcycle racing all spring to life in Kushner’s radiant novel of the 1970s, in which a young woman moves to New York to become an artist, only to wind up involved in the revolutionary protest movement that shook Italy in those years. The novel, Kushner’s second, deploys mordant observations and chiseled sentences to explore how individuals are swept along by implacable social forces.

Demonstrating the agile style and theatrical bravado of her much-admired Jackson Brodie mystery novels, Atkinson takes on nothing less than the evils of mid-20th-century history and the nature of death as she moves back and forth in time, fitting together versions of a life story for a heroine who keeps dying, then being resurrected — and sent off in different, but entirely plausible, directions.

Demonstrating the agile style and theatrical bravado of her much-admired Jackson Brodie mystery novels, Atkinson takes on nothing less than the evils of mid-20th-century history and the nature of death as she moves back and forth in time, fitting together versions of a life story for a heroine who keeps dying, then being resurrected — and sent off in different, but entirely plausible, directions.

Saunders’s wickedly entertaining stories veer from the deadpan to the flat-out demented: Prisoners are force-fed mood-altering drugs; ordinary saps cling to delusions of grandeur; third-world women, held aloft on surgical wire, become the latest in bourgeois lawn ornaments. Beneath the comedy, though, Saunders writes with profound empathy, and this impressive collection advances his abiding interest in questions of class, power and justice.

AFTER THE MUSIC STOPPED: The Financial Crisis, the Response, and the Work Ahead
By Alan S. Blinder (The Penguin Press)

Blinder’s terrific book on the financial meltdown of 2008 argues that it happened because of a “perfect storm,” in which many unfortunate events occurred simultaneously, producing a far worse outcome than would have resulted from just a single cause. Blinder criticizes both the Bush and Obama administrations, especially for letting Lehman Brothers fail, but he also praises them for taking steps to save the country from falling into a serious depression. Their response to the near disaster, Blinder says, was far better than the public realizes.

DAYS OF FIRE: Bush and Cheney in the White House
By Peter Baker (Doubleday)

Baker succeeds in telling the story of the several crises of the Bush administration with fairness and balance, which is to say that he is sympathetic to his subjects, acknowledging their accomplishments but excusing none of their errors. Baker, the chief White House correspondent for The Times, is fascinated by the mystery of the Bush-­Cheney relationship, and even more so by the mystery of George W. Bush himself. Did Bush lead, or was he led by others? In the end, Baker concludes, the “decider” really did decide. FIVE DAYS AT MEMORIAL: Life and Death in a Storm-Ravaged Hospital
By Sheri Fink (Crown)

In harrowing detail, Fink describes the hellish days at a hospital during and after Hurricane Katrina, when desperate medical professionals were suspected of administering lethal injections to critically ill patients. Masterfully and compassionately reported and as gripping as a thriller, the book poses reverberating questions about end-of-life care, race discrimination in medicine and how individuals and institutions break down during disasters.

THE SLEEPWALKERS: How Europe Went to War in 1914
By Christopher Clark

Clark manages in a single volume to provide a comprehensive, highly readable survey of the events leading up to World War I. He avoids singling out any one nation or leader as the guilty party. “The outbreak of war,” he writes, “is not an Agatha Christie drama at the end of which we will discover the culprit standing over a corpse.” The participants were, in his term, “sleepwalkers,” not fanatics or murderers, and the war itself was a tragedy, not a crime.

On the day after Christmas in 2004, Deraniyagala called her husband to the window of their hotel room in Sri Lanka. “I want to show you something odd,” she said. The ocean looked foamy and closer than usual. Within moments, it was upon them. Deraniyagala lost her husband, her parents and two young sons to the Indian Ocean tsunami. Her survival was miraculous, and so too is this memoir — unsentimental, raggedly intimate, full of fury.