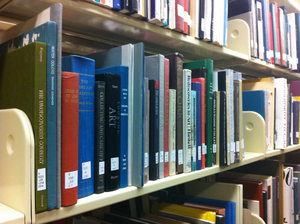 Flavorwire’s Jason Diamond selects 15 of the year’s best novels, hefty, ambitious works that encompass generations and span continents.  Once again, works by women feature prominently and we are glad to see Eleanor Catton, the recipient of the Man/Booker prize included below.

2013 saw readers flock to big, 400-plus-page novels like no other year in recent memory. Books that spanned decades and continents, and featured casts of dozens, came into vogue in the middle of — and perhaps as an antidote to — our fast-paced, Twitter-stream world, where great pieces of long-form writing vanish from the computer screen almost as fast as banal Facebook updates from high-school friends. But it hasn’t just been a year of literary volume and breadth — it’s also been a year of novels filled with big ideas, rendered with great panache by some of our finest writers, resulting in a handful of modern classics that made 2013 a damn fine year to be a lover of fiction.

The Interestings, Meg Wolitzer (Riverhead)
Not quite as precious as a coming-of-age novel, Wolitzer’s masterpiece follows the life and times of a group of teenage friends over three decades. Starting in the summer of 1974 and running through the 2000s, The Interestings perfectly balances sweetness, slyness, and sadness — making it the best novel of 2013.

The Flamethrowers, Rachel Kushner (Scribner)
Quite possibly the most talked-about novel of the year, Rachel Kushner’s National Book Award-nominated novel had its share of critics, as well as a few claims that its release heralded the first Great American Novel of the 21st century. At the end of the day, The Flamethrowers is a stylish, engaging, and excellent novel of art and politics in the 1970s and beyond that was worthy of all the hype it received.

Americanah, Chimamanda Ngozi Adichie (Knopf)
As of this writing, Chimamanda Ngozi Adichie is enjoying her stature as one of the world’s most famous authors, thanks largely to one of the biggest stars on the globe sampling her on her latest album. But even before Beyoncé, this nearly flawless novel (see what I did there?) of a young Nigerian student’s experiences in America received well-earned renown for delicately addressing race and politics in this country without feeling too weighty.

The Goldfinch, Donna Tartt (Little, Brown and Company)
Donna Tartt proved that good things do indeed come to those that wait with this novel that may have set the record for both the most Instagram #Galleybrags and the most comparisons to Dickens in subsequent reviews. While it was entirely fair to point out that Tartt had learned a few things from the Victorian literary master, The Goldfinch was a magnificent, sprawling work, with its haunted tale of a young protagonist’s life after the death of his mother. Donna Tartt did something with The Goldfinch that so many novelists have been forgetting how to do these days: it told a damn good story, and did it in a way that only a master could.

The Illusion of Separateness, Simon Van Booy (HarperCollins)
There was one person somewhere down the line, years before you were born, who made it possible for you to live, and you might not even know them or their story. That’s what Simon Van Booy really examines in this beautiful novel that tells the story of several lives linked because of one person’s kindness — and he does it with a grace the likes of which few writers posses.

& Sons, David Gilbert (Random House)
A family novel of grand proportions (obvious hat tips to Dostoyevsky, Israel Joshua Singer, and J.D. Salinger’s Glass family), David Gilbert’s story of the famous author Andrew Dyer (also another nod to Salinger) trying to reunite his sons is the sort of irresistible tale that writers would love to create, but few could do it nearly as well as Gilbert.

The Woman Upstairs, Claire Messud (Knopf)
It would have been a real shame had the discussions about likable and unlikable characters this book set off (thanks to a Publisher’s Weeklyinterview) overshadowed Claire Messud’s gripping, psychological tale of a woman who becomes obsessed with other peoples’ lives — because, all arguing aside, the results are a combination of Henry James and something Hitchcock would have sunk his teeth into.

American Dream Machine, Matthew Specktor (Tin House)
It’s somewhat shocking when you consider the wealth of material that’s available, but there still aren’t that many truly great works of fiction about Hollywood. Sure, Nathanael West, Budd Schulberg, and Joan Didion all portrayed the town and its strange, unnatural lighting, but not many others have been brave enough to tackle Tinseltown, and certainly not in the way that Matthew Specktor did in this 450-plus-page epic. Spanning several decades, American Dream Machine introduces the unforgettable Beau Rosenwald, whose up-from-the-bootstraps rise through the movie industry power rankings, and slow and inevitable downfall, make Specktor’s work of realism in a very unreal town the newest great Hollywood novel.

Half the Kingdom, Lore Segal (Melville House)
Just as some of our most celebrated writers announced that they’re just too old to keep writing, the 85-year-old Segal laughed at old age, using it as a springboard to dive into a story that takes a look at our terrified times.

The Good Lord Bird, James McBride (Riverhead)
The surprise winner (well, not to us) of the National Book Award, McBride’s humorous story of an escaped slave tagging along with the abolitionist John Brown was the best historical novel of 2013.

At Night We Walk in Circles, Daniel Alarcón (Riverhead)
When we look back at the year in literature, one of the big stories of 2013 will be Daniel Alarcón’s rise to global renown. The Peruvian-born author delivered one of the finest works of contemporary Latin American fiction with this intricate and engrossing novel of an actor in an underground theater troupe mounting a production of a politically controversial play.

The Luminaries, Eleanor Catton (Little, Brown and Company)
Eleanor Catton’s epic novel The Luminaries — clocking in a hair under 850 pages — took home the Man Booker Prize, and in doing so picked up more than a few new readers who fell in love with this lush and engrossing book set in the 19th century. History is the backdrop for The Luminaries, but Catton gave us something that transcended the historical fiction tag.

Dissident Gardens, Jonathan Lethem (Doubleday)
The closest thing we’ve seen to Jonathan Lethem writing conventional prose, this novel about three generations and nearly 80 years of a revolutionary family’s history obviously comes from the same guy who gave us books like Motherless Brooklyn, but is ultimately more accessible than anything he has produced before.

Duplex, Kathryn Davis (Graywolf)
Is it a coming-of-age novel? Fantasy? Some mix of those things, or just something different entirely? Kathryn Davis, who we have been waiting patiently to hear more from since 2006′s The Thin Place, delivered us this imaginative mash-up of genres that would probably fall to pieces if a lesser writer attempted the same feat.

Seiobo There Below, László Krasznahorkai (New Directions)
It’s a laughable understatement to observe that books by the great Hungarian author László Krasznahorkai provide strange, often difficult reading experiences. In a work that puts pages and pages between periods, his latest translated novel about a deity coming to earth to find beauty is the type of rewarding experience you have to be brave to undertake.