Cat and Mouse, Dog and Ouroboros 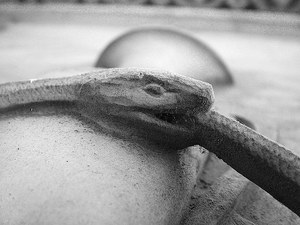 The following originally appeared on the Dissident Blog, a project of Swedish PEN.

“Dictators learn faster than Internet users.” This is a sad view of the future of the Internet. But is it actually true? For many years, China has been the prototype for countries trying to control and censor the Internet, but it seems that censorship in China has reached the end of the road; recently, they seem to have managed to censor the entire Internet. The Chinese journalist Isaac Mao shares his thoughts on the matter.

People always use the cat and mouse model to describe the relationship between censorship and circumvention. In China, there’s a similar but different version of the Tom and Jerry cartoon. It’s called Grass Mud Horse vs. River Crab. Whenever netizens find new skills, tools, or services they can use to share information online in a new way, the authorities will chase them down and block them; and while there will always be smart netizens who find new ways to get around censorship, there will likewise always be censors who sniff them out. The censors use the excuse of building a harmonious society; netizens joke that they’ve been “harmonized.” Because censors control the infrastructure of the Great Firewall system, they can always find an advantage, and the netizens’ side of the battle seems hopeless. This is why netizens call censors river crabs and depict themselves as grass mud horses, which Xiao Qiang calls the “de facto mascot of netizens in China fighting for free expression.”

After the 2008 Olympics in Beijing, a new episode of this chasing game began. The brief window of freedom Chinese netizens experienced during the games caused many of them to become savvier. In the wake of this social media boom, many of them realized that they “didn’t know what they didn’t know” before. Encouraged by the torrent of new information, Chinese netizens started exploring more international content and censored news—sources that scrutinized their country and its history using external information absent from local education and media. This triggered the censors, who became even more zealous than before. Not ready to open their own minds, they chose to press down harder by pouring tens of billions of dollars into tightening the Internet. Chinese authorities took preemptive action, tightening the valve and using every advanced technique available for stopping online sharing, including keyword filtering, IP blocking, DNS poisoning, packet inspecting, information polluting (using the notorious 50 Cent Party)—the list goes on. It’s no wonder Evgeny Morozov screamed out: “Dictators can learn faster than Internet users.”

The full list of blocked sites and services is too long to be included here. In July 2008, Facebook was blocked in China without any public debate; YouTube was blocked in March 2009; Twitter, in July 2009; Google Docs, in May 2011; Blogspot.com, first blocked in 2007, was released for months in 2008, then blocked again in 2009; WordPress.com went in October 2012; and Wikipedia, the largest encyclopedia in the world, has repeatedly been blocked. Some services may consent to being blocked because there are so many dissident voices and movements making use of them. But it’s impossible to understand why IMDB, the movie database, was blocked until March 2013, seeing as most Chinese netizens seemed unaware that the website even existed. Well—even if you are so imaginative as to speculate that the linkage to information about some Tibetan movies might have annoyed Chinese censors—you wouldn’t imagine that a software developers’ community called SourceForge would suffer the same fate in 2012. Another big open-source sharing site, GitHub, was similarly manhandled. No explanations, no transparency, everything in darkness. By the end of 2013, seven of the top 20 websites around the world couldn’t be accessed freely in China.

Some may argue that China’s blockages are all meant to protect its fragile local businesses. This is true, in a way, and we see many local copycats—from search engines to online e-commerce sites, social media services, instant messaging services, and even some mobile application stores that have taken advantage of the hurdles faced by their international counterparts. Nonetheless, it’s an illusion. It seems the censors are full-fledged and gaining more power; however, a new consequence has emerged that goes beyond the game of cat and mouse. When Internet users began taking advantage of the agility of social media, a visible mouse transmorphed into omnipresent microbes. When censors face a constant flood of information, they behave erratically, cracking down here and there. They are not cats anymore—often they become mice by mistake.

Many cases of the dog (or mouse) chasing its tail then occur, which means the censors may harm themselves with their tendency to over-block. For example, Sina Weibo, the biggest copycat of Twitter in China, rose up after Twitter was blocked, but fell down in just two years. The microblogging service failed after investing huge personal resources into deleting users’ posts and accounts to satisfy censors.

By blocking international social media, China’s state-owned media did manage to disguise some truth. Their online isolation prevented them from communicating with international communities despite the Chinese government pouring tons of money into trying to improve their global image. The dog chasing its tail collides with the famous dictator’s dilemma: the dictator wants to develop his communication technologies, but the technologies themselves are prone to disrupt dictatorship. Some political scientists argued that economic development would eventually drive the political system toward democracy. That’s an ideal case—what happened in reality was far more bitter.

Censorship at this stage harms all of society—not only by violating social memory in the same way dimentia violates the brain, as Yan Lianke describes—but also by stunting innovation and the economy. Although China held onto its economic boom and became the envy of many foreign countries, it also engaged in very bad practices, consuming a high amount of natural resources with too little efficiency. The obsession with instant payoff compromised food safety and led to water contamination, as well as air pollution that often exceeded measurable limits. The busy censorship dog never realizes it’s biting its own tail, even threatening to swallow itself like the legendary European symbol, the Ouroboros. It is destroying itself.

At 3 p.m. on  January 21, 2014, China’s Internet experienced a great blackout. Five hundred million Internet users were unable to access any overseas websites, and even many domestic ones. Although the official media tried to blame anonymous hackers, researchers found the malfunctioning of the Great Firewall system to be the cause of the blackout. The censorship system tried to put a Falungong-related website onto the domain blacklist, but instead misdirected all traffic to that blocked address, causing every Internet user in China to hit the wall for hours. Five hundred million Internet users experienced the blackout. What a black swan!

I don’t feel schadenfreude when these kinds of disasters occur. Instead, I’m upset. China’s failure could have a butterfly effect on the whole world. We need to be more proactive to prevent this kind of disaster by helping Chinese Internet users gain access and share freely. Even as the Chinese government dedicates itself to being a top enemy of the Internet, it is losing the war step by step. But this is not a lose-lose situation: upon the construction of the censors’ pile of rules, we see the destruction of the old ignorance; upon the destruction of the old rules, we see the construction of new social norms, online and offline. The Ouroboros of censorship will eventually swallow itself whole. Whether it dies or disappears, all parts of its body will endure the pain, and a new order shall be born.