Rights Advocates in Iran Imprisoned in Clampdown on Social Media 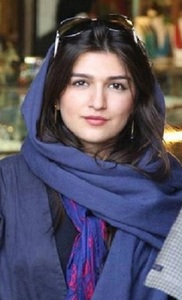 On June 7, 2014, Iranian journalist and blogger Marzieh Rasouli wrote on Twitter: “My conviction is confirmed, I have to go to jail tomorrow.” In her last post, tweeted a few hours later, she explained that she had been sentenced to two years imprisonment and 50 lashes for “propagating against the regime” and “disruption of public order by participating in demonstrations.” She had fought nearly two years of legal battles after being arrested for the first time in January 2012 and accused of collaborating with BBC Persian, which is banned in Iran. Her trial was finally held in February 2014.

Sadly, Rasouli’s chilling announcement has become all too common in Iran. With many international correspondents and agencies expelled by Iranian authorities, social media has become the only window for journalists, human rights activists, and political leaders to observe and monitor the political climate there. Major social media sites are targeted by Iranian security forces or banned by the government. Yet millions of Iranians continue to actively use Facebook and Twitter through various anti-circumvention tools. Like many Iranian journalists and writers, Rasouli used social media as a tool to speak out about problems in Iranian society that could not be discussed freely in the traditional media. She frequently updated her Twitter and Facebook accounts to comment on cultural and social issues, reaching more than 5,000 followers with posts that often went viral.

One of Marzieh Rasouli‘s last tweets, announcing her conviction.

Social media became a tool in Iran for freedom of expression and activism during the 2009 Green Revolution, during which YouTube, Facebook, and Twitter were overwhelmed by pictures, videos, and news updates from Tehran’s streets, where Iranian demonstrators were beaten, arrested, and killed by police and pro-state militia. President Hassan Rouhani promised during his presidential campaign to allow a more open political environment and support freedom of expression. But Youtube, Facebook, and Twitter are still blocked. The widely used smartphone apps Viber, What’s App, and Tango remain available but the government has threatened to shut them down. Meanwhile, Iranian activists on social media still face severe repression, arrests, interrogation, and imprisonment.

Just last month, another rights advocate active on social media was arrested out of the public eye. Ghoncheh Ghavami was briefly detained for protesting a ban against women entering sports stadiums in front of the Azadi Sports Complex on June 20. Although she was released immediately, 10 days later she was rearrested and held in solitary confinement for 41 days. Her case became public only when supporters created a Facebook page on September 6. Ghavami had recently returned to Iran from London, where she was studying law and teaching in schools designated for child laborers. She used Facebook to raise awareness about social justice issues and poverty. Ghavami is charged with “propagating against the state” for her protests and remains in Evin prison. Because authorities have not allowed her access to a lawyer [Persian], she launched a hunger strike on October 1,says her mother. It is unclear when she might be tried or released.