The PEN/Ralph Manheim Medal for Translation is given every three years to a translator whose career has demonstrated a commitment to excellence through the body of their work. The award was initiated by funds donated by the late Bernard Malamud and by Gay Talese, and has received additional support from the family and friends of Ralph Manheim, the prolific and widely acclaimed English translator.

The winner is selected by a sub-committee of the PEN America Translation Committee.

From the committee’s citation: “Barbara Harshav is a translator of great erudition and skill, with an unparalleled ear for the intricacies of language and an enviable lightness of touch. Working from French, German, Hebrew, and Yiddish, she has published over forty volumes of poetry, drama, fiction, philosophy, economics, sociology, and history, translating such writers as Yehuda Amichai, Michael Brenner, Kazik, Pascal Mercier, Stéphane Mosès, Meir Shalev, and Yoram Kaniuk – whose Between Life and Death earned her a place on the 2017 PEN Translation Prize shortlist. Harshav has often been praised for the elegance and precision of her translations and her masterful rendition of S.Y. Agnon’s virtuosic verbal complexities was singled out as a ‘marvelous stroke of talent’ that fully keeps pace with Agnon’s inventive, playful, and sonorous prose. With her husband Benjamin Harshav, Barbara translated and edited Sing, Stranger: a Century of American Yiddish Poetry, the comprehensive and definitive anthology of Yiddish poetry written in the United States. Their work has not only preserved an important chapter in American and Jewish history, but made hundreds of American poems available in English for the first time. Along with her prolific output, she has been an enthusiastic champion for the literary translation community, having taught languages and translation at Yale, served as a president of the American Literary Translators’ Association as well as a resident faculty member at the Banff International Literary Translation Centre. ‘Bobbi’ has been cherished as a mentor for decades. Her monthly translation workshop, where students, professionals, and others gather to hone their craft, has supported and nourished dozens of emerging and established translators. Barbara Harshav has been tireless as a translator and advocate of translation, and we are delighted to honor her for her many decades of service. “ 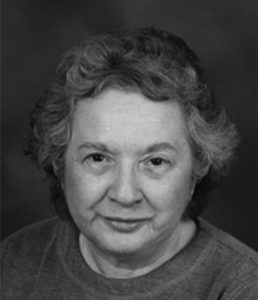 2009 The Ralph Manheim Medal for Translation