Facebook Must Protect Its User Data—Democracy Depends On It 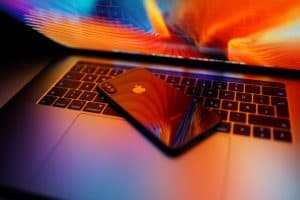 PEN America is deeply troubled by the series of recent revelations, uncovered by journalists and whistle-blowers, that user data harvested from Facebook was used in a sophisticated attempt, potentially influenced by the Russian government, to shape the outcome of the 2016 U.S. presidential election. As an organization of writers, editors, publishers, and readers united to defend the freedom to write, we have a strong interest in ensuring that essential platforms for communication and expression are worthy of the trust users place in them.

The ease with which a United Kingdom-based academic could obtain vast troves of Facebook data, ostensibly for research purposes, and provide it to a private consultancy, Cambridge Analytica, to use at will, is astonishing. That Facebook was alerted to the purloined data in 2015 yet made only a pro forma effort to prevent its misuse and ensure its destruction bespeaks a glaring indifference to the risks posed by uncontrolled mass transfer of personal data. Cambridge Analytica was well known to be active in targeting voters though psychographic profiling and in seeking to influence the outcomes of elections. Without firm verification that Cambridge Analytics no longer held Facebook data, the disclosure that the company used this information as part of a systematic (and likely unlawful) effort to interfere with election processes in the United States and elsewhere is disturbing, but not really surprising. These revelations deal a devastating blow to user trust and are a powerful wake-up call to the potent threat to democracy and open societies posed by the unfettered access to vast swaths of consumer information and activity that social media platforms can enable. These revelations raise a series of related concerns:

Protection of Personal Data: Facebook and other platforms have become increasingly, if belatedly, alert to the grave gaps in control over the transfer and use of personal data. These revelations are causing many individuals to reconsider their use of Facebook and to pay more attention to available data controls. But voluntary actions by consumers to make conscientious use of social media platforms are only part of the answer. In an era in which social media is often critical to professional and commercial success, Facebook and other major internet platforms bear primary responsibility to ensure that user information is collected and used responsibly for purposes that can be clearly understood pursuant to enforceable rules. In many countries Facebook is the foremost channel of access to online information, meaning that the decision to leave the platform can leave an individual isolated and ill-informed. Facebook should undertake a wholesale simplification of its labyrinthine user controls, eliminating defaults involving the surrender of privacy.

Protection of Open Discourse: Facebook’s ubiquity as a global platform with over two billion active users and its role as a predominant international forum for discourse of all kinds implies special duties as a guarantor of the prerequisites for open expression; these include clear expectations with respect to privacy and the protection of such platforms from exploitation. PEN America has in its 2013 report Chilling Effects: NSA Surveillance Drives U.S. Writers to Self-Censor that revelations regarding the capture and use of user data in the context of government surveillance exact a pronounced and negative effect on self-expression, inducing self-censorship. Facebook’s preeminence means that failure to fulfill such expectations through robust and transparent enforcement of privacy safeguards poses a risk not just to individual privacy, but to open discourse writ large. We welcome indications that Facebook has recognized the necessity of certain new measures, including specific steps to extend longstanding protections against deceptive or distorting election advertisements so that they apply online. The process of figuring out how to translate treasured safeguards for free speech and open discourse from the analog to the digital age remains an early-stage effort. Technology companies, platforms, regulators, civil society groups, and courts are puzzling to define rules and norms required to foster vibrant, authentic online marketplaces for information and ideas. Ensuring that individual rights and freedoms are adequately protected online will require a searching, hardheaded examination of the potential vulnerabilities and threats raised by online platforms, technologies, business models, and industry structures.

Transparency and Accountability: When users place their trust in online platforms built off their transactions and behaviors, they are owed transparency and accountability when it emerges that such trust was misplaced. We call on Facebook ​to fulfill its commitment to audit apps on its platform for weaknesses in data protection, to stiffen data controls going forward, and to report frequently to the public on the progress of these efforts. Facebook must also share any information it has about other instances of misuse of consumer data. The company should cooperate fully with investigations launched by national and state authorities in the United States and globally, offering high-level leadership to speak candidly with regulators and the public. It should also evince openness with the media as they continue to dig into this important story, prioritizing the imperative of credible investigations into the truth over concerns of corporate or executive reputation. In our report Faking News: Fraudulent News and the Fight for Truth, PEN America urged social media platforms, and Facebook in particular, to be far more open with data on its internal efforts to crack down on fraudulent news and misinformation so that legitimate researchers can determine their effectiveness and assess any unintended consequences. Such efforts are a vital complement to measures to ensure responsible controls on data, so that the platform does not become an open playing field for the purveyors of propaganda. This week’s revelations must not be an excuse to refuse legitimate requests from researchers and civil society for access to data, subject to appropriate controls, that is essential to understanding the challenges and threats to open online discourse and finding ways to address them.

Above all, Facebook’s leadership and that of other similarly situated companies must reckon with the opportunities that online platforms provide to exploit the greatest trove of personal information, beliefs, and connections ever collected in one place, and the very real threats such exploitation can pose to democracy or the struggle for it. We urge social media platforms and tech companies to​ devote their formidable resources, intellects, and technical skills to working openly with others to ensure that the negative potential of these platforms to impair open discourse and democracy does not outweigh the benefits that they provide to individual users and society at large.

"While many people know that free speech is enshrined in the First Amendment, there’s a lot about it that many still misunderstand." PEN America CEO @SuzanneNossel breaks down 5 myths about #freespeech here: https://wapo.st/2NVzN4V.