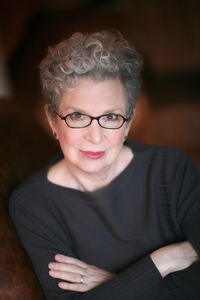 Odd as it may seem, my identity as a writer was conferred upon me in graduate school. A professor called me into his office and before returning my seminar paper asked, “Where did you learn to write?” My previous experience in graduate school had taken place in a French university where a question like that would have meant—“Did you write this in a café?”—and the paper would have been hurled back with a sneer. Because that had actually happened to me, I was afraid to answer, but it turned out that the professor admired the paper I had handed in at the end of the semester. From then on I began to think that one day I might be a writer, but only within the academic world. I have only dared to step outside of that world in the last decade or so.

Whose work would you like to steal without attribution or consequences.

Not steal, but borrow. What I’d most like to borrow is the confidence, not to mention the brains, behind Susan Sontag’s aphoristic declarations. “In place of a hermeneutics we need an erotics of art.” This may or may not be true, but it sounds good, and startles you into agreement.

I usually write at my desk, during the afternoon, perched rigidly on the edge of my chair, staring at a computer screen, in high anxiety mode. But where I love to write, but manage to do so only occasionally, is in bed, at night, scribbling in my notebook and tricking myself into thinking that it doesn’t matter—because only then is my self-critical gaze averted.

Have you ever been arrested?

Not exactly, but I was once summoned to a police station to identify a criminal. I was studying Shakespeare in a summer course at Stratford-on-Avon, and my fellow students and I had been victimized by a con man with a police record and a mug shot. We didn’t want to admit to the police that we had allowed him to sleep over at our Bed and Breakfast (how dumb can you be?), but they threatened to tell our parents, and we all cracked.

I think constantly about aging and dying. Given my age and illness, this is in no way surprising, but the specter of a horrible death hovers over my waking and dreaming life. So why keep writing? At the end of his self-portrait, Roland Barthes by Roland Barthes, Barthes handwrites the following: “And afterward? What to write now? Can you still write anything? One writes with one’s desire, and I am not through desiring.” I’m not sure I believe that, of him or of me. A few years later, while crossing the street, Barthes was hit by a laundry truck; it was said by intimates who visited him in the hospital that he “let himself die.” His mother had died and he saw no point in continuing without her. Can I still write anything? I don’t know. But I imagine I will have to write about illness and death.

It’s hard to know what’s daring to write, until someone—a reader—reacts. A student once told me that he had read my book Getting Personal in a library copy that another reader had annotated. At some point, but I don’t know where exactly, the reader scribbled in the margins, with apparent disgust: “did she have to say that?” I have never been sure what bothered this reader, but I thought it might have been because the book included an essay called “My Father’s Penis,” in which I described what it felt like to touch my father’s penis, as happened once when he was ill and unable to relieve himself. Did I have to say that? I did. In Breathless, my most recent memoir, I describe as honestly as I can, several episodes that readers have found—daring: a scene in which I overdose on a strange combination of drugs, a scene of marital rape, an account of an abortion when I was twenty-two.  To me, this is not about daring, but about being truthful to experience in detail. Did I have to tell all that? Like Rousseau, I say yes.

Yes, to expand our sense of the world as it shrinks before our eyes—the world intimate or global, preferably yoked together.

I would be too ashamed of my own freedom to advise or comfort.

Virginia Woolf’s Three Guineas, in an edition that contains the photographs of patriarchs as they appear in the first edition. The argument might make a leader hesitate before jumping into war.