The PEN Ten with Dani Shapiro 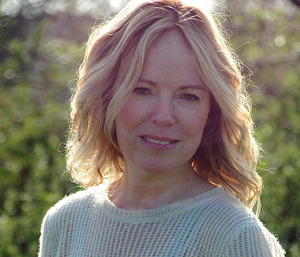 The PEN Ten is PEN America’s weekly interview series. This week, we’re sharing our 2014 interview with Dani Shapiro, author of Still Writing, Devotion, Slow Motion, and, most recently, Hourglass, a memoir on marriage and the impact of time.

Being a writer began to form my sense of identity before I knew what a sense of identity was. As a child, I couldn’t have defined—and certainly didn’t understand—the strange, witnessing quality that I brought to nearly all my experiences, as if I were taking deep, mental notes, reading a psychological and emotional Braille that seemed present in every situation. All was subtext. I internalized what I witnessed and then have spent my whole life trying to unpack it, to use it as my lens, to make sense of it.

Joan Didion. Though that would be impossible. Her sentences are recognizable from a mile away.

On a chaise in my little home office, when my house is empty, with a cappuccino by my side and my two dogs curled up at my feet.

No, but I did have the FBI show up at my door once. Care to know more? Read my memoir Slow Motion. Suffice it to say that I didn’t have good taste in boyfriends.

My obsessions have changed over the years. Now, I am obsessed with time, and the way it feels nonlinear to me. As a fiction writer, I’ve always been interested in playing with time, but now time itself feels like a subject I can’t get away from.

My last book, Devotion, is a spiritual memoir. Having been raised in a religious home, it felt transgressive to attempt to tackle belief as a subject. Who was I, after all? I felt I had no right to go there, but also that I had no choice.

Absolutely, writers have a collective purpose. Especially now, with the internet creating so much noise and speed in all of our lives, writers—by the very nature of what we do—are forced to slow down, and perhaps in so doing, we form a counterweight to the culture of instantaneous reaction.

Observation is about internalizing and processing what we see. Surveillance is about collecting and cataloging information.