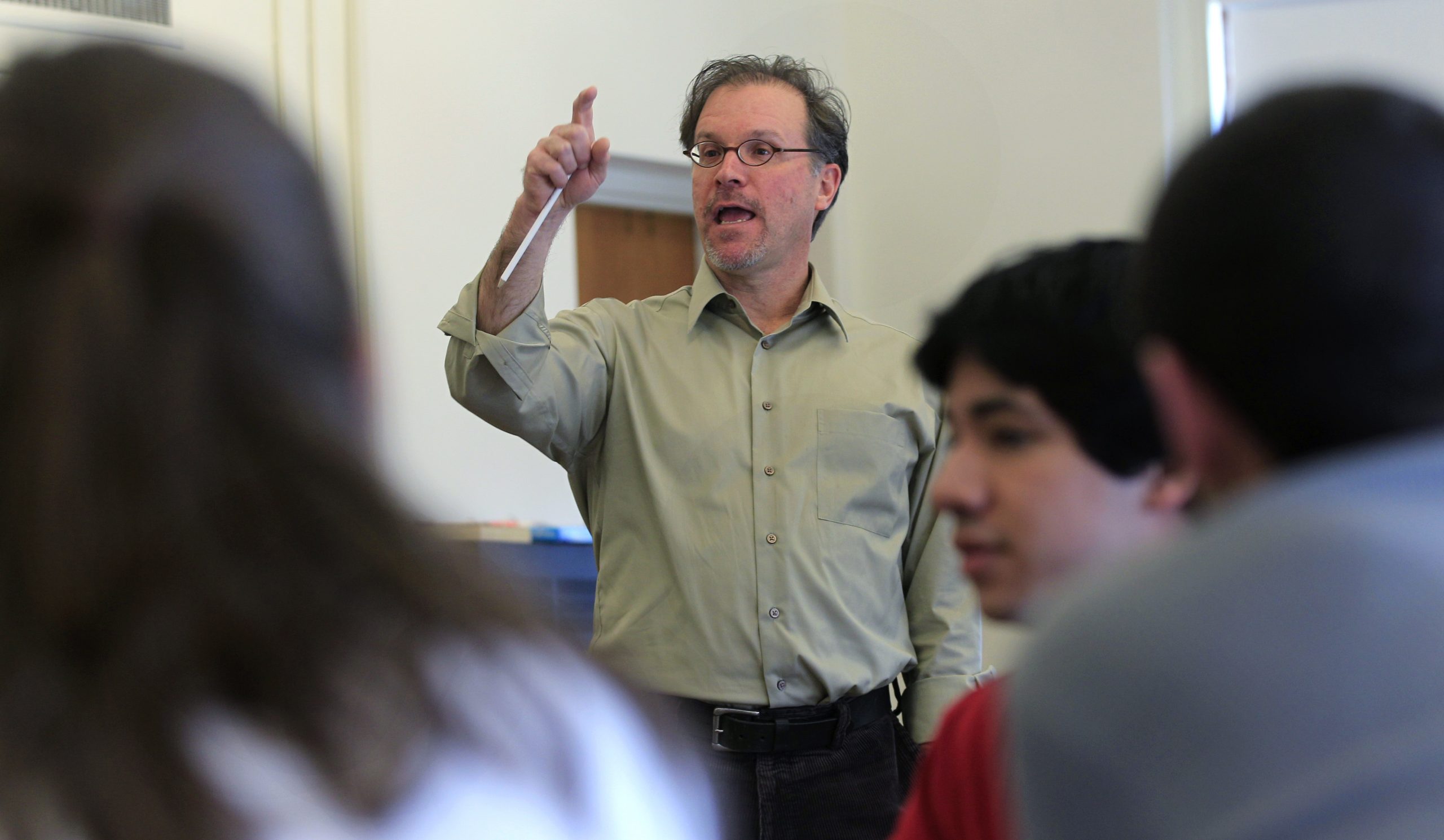 A scene from a college classroom in Massachusetts. Educational gag orders send a message to teachers that the government may target them for allowing “prohibited ideas” in their classroom. Photo by AP/Charles Krupa

It has been an extraordinary month for educational gag orders. Over the last three weeks, 71 bills have been introduced or prefiled in state legislatures across the country, a rate of roughly three bills per day. For over a year now, PEN America has been tracking these and similar bills. This is where things stand today.

A closer look at bills introduced or prefiled so far in 2022 reveals a significant escalation in both scale and severity. Forty-six percent of this year’s bills explicitly target speech in higher education (versus 26 percent in 2021) and 55 percent include some kind of mandatory punishment for violators (versus 37 percent in 2021). Fifteen also include a private right of action. This provision, which we analyzed in an earlier post, gives students, parents, or even ordinary citizens the right to sue schools and recover damages in court.

One final feature that is increasingly common to 2022’s bills is how sloppily many are written. Legislators, in their haste to get these bills out the door and into the headlines, are making basic factual errors, introducing contradictory language, and leaving important terms undefined. Given the stakes, the result will be more than mere confusion. It will be fear.

To appreciate the nature of this new crop of bills, it is helpful to focus on legislation from a single state: Indiana. With eight bills currently under consideration, only Missouri (at 19) has made a greater contribution. Of the eight in Indiana, all target public K-12 schools, two target private K-12 as well, six would regulate speech in public colleges and universities, four affect various state agencies, and two threaten public libraries. All are sweeping, all are draconian, and few make any kind of sense.

HB 1362 is a good example. Co-sponsored by Representative Bob Behning, who chairs the House Education Committee, the bill would prohibit public school teachers and college faculty from including or promoting in their instruction certain ideas about “sex, race, ethnicity, religion, color, national origin, or political affiliation.” The inclusion of “political affiliation”, which we wrote about last month in relation to a South Carolina bill, is meant to discourage educators from favoring one political group or ideology over another. But in virtually the same breath, the bill also prohibits teachers and professors from including in their instruction any “anti-American ideologies.” What this means is never explained, but violators may be sued in court.

HB 1040 is even more confusing. After rattling off a similar list of prohibited ideas, it mandates that teachers adopt a posture of impartiality in any conversation about controversial historical events. But it then goes on to state that in the run-up to a general election, students must be taught that:

Such a mandate for a public school teacher is alarming enough in its own right. But requiring that teachers deliver these lessons while also maintaining a posture of impartiality is positively farcical. Or at least it would be, if the consequences of failure – in this case, civil suits, loss of state funding and accreditation, and professional discipline up to and including termination – were not so dire.

Many of Indiana’s bills feature such extreme penalties. In addition to HB 1040, two others threaten teachers with termination. Six include a private right of action. And three would punish schools by cutting them off from all state tuition dollars and levying a fine of up to $10,000 per student subject to the violation.

And then there’s HB 1231. Sponsored by Representative John Jacob, who came under fire last year for Facebook posts that critics say were anti-Muslim and anti-Catholic, the bill is possibly one of the most outlandish in the entire educational gag order landscape.

First, it prohibits teachers from “introducing any controversial subject matter or current event germane to the subject matter being taught,” (emphasis added). This is likely a typo, as all other bills with such language prohibit the introduction of topics nongermane to a class’s subject matter. Other problems, however, are less easily dismissed. Under the bill, schools would be prohibited from urging students to join a particular “political affiliation, ideology, sectarian [sic], or religion.” That may sound uncontroversial, but the way this bill is written, that prohibition wouldn’t just apply to public schools. It would apply to state-accredited parochial schools as well.

In other words, if Jacob’s bill becomes law, schools in his district like Calvary Lutheran, Faith Community Christian, and St. Barnabas would be unable to promote Christianity to their students or encourage them to join their church. It is an absurd outcome and no doubt an unintentional one, but such mistakes are a persistent feature of this year’s bills.

There is one final aspect to Jacob’s bill worthy of comment. One far darker and unquestionably purposeful. HB 1231, like many other educational gag orders, includes a section on “school transparency.” These sections, which appear in dozens of bills across the country, package potentially censorious provisions in the language of transparency and accountability. Though PEN America’s Educational Gag Orders Index does not currently track “school transparency” legislation, such bills have begun to appear with remarkable frequency.

For the most part, these bills mandate that schools post the titles and authors of all curricular materials on a publicly accessible website. Some also require schools to provide copies of those materials and to allow parents to opt their children out of any assignment or lesson they find objectionable, creating a kind of à la carte public education. Still others would impose on teachers a duty to inform parents if their child displays signs of “gender nonconformity” or seeks to join a student club “involving sexuality, gender or gender identity.”  With these bills, parental control expands to the point where teachers’ discretion disappears.

Other bills seek to achieve transparency through on-the-job surveillance. In Florida, one lawmaker recently introduced legislation that would allow parents to scrutinize video recordings of their children’s classrooms for signs of “critical race theory.” Another in Mississippi wants to stream them live over the internet. And at least two bills in Missouri propose letting members of the public attend teachers’ professional development workshops. The entire effort seems designed more to intimidate teachers than ensure they deliver a quality education.

Yet even compared to all the foregoing, Indiana’s HB 1231 is special. In addition to the website, it would also require schools to permit a taxpayer (not parent, but taxpayer) to “observe classroom instruction at any time requested by the taxpayer.” Schools may limit the number of observers present in a classroom, but only if “the number of taxpayers present to observe the class exceeds five.” Even at the best of times, this provision would be grounds for concern. These are not the best of times.

It is unclear how this ends. Nevertheless, just three weeks into 2022, some facts are already coming into focus. This year’s crop of educational gag orders will be even more censorious than 2021’s. They will target more institutions, regulate a wider array of speech, and impose harsher penalties. If current trends continue, they will also suffer from numerous internal defects and inconsistencies, the product of both a rushed drafting process and ideological zealotry. Their impact on the educational process may be severe.

Note: the number of bills that have become law has been updated as of 1/28/22.