Scope and Speed of Educational Gag Orders Worsening Across the Country 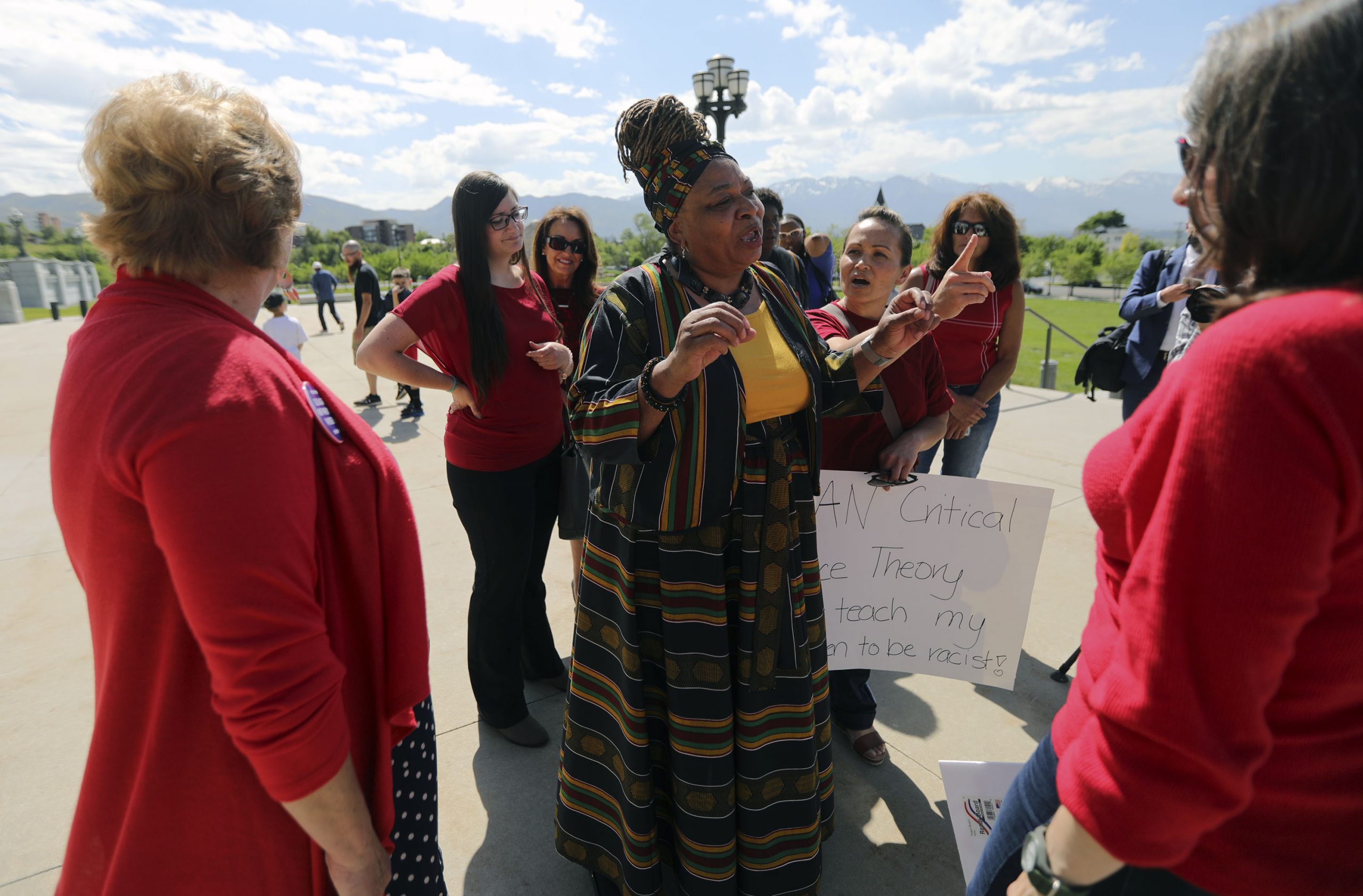 Betty Sawyer, a supporter of critical race theory, center, exchanges views with a group of women opposed to the theory, after a protest organized by the Utah Educational Equity Coalition outside of the Capitol in Salt Lake City on May 19, 2021. Photo by Kristin Murphy/Deseret News

It’s a frightening time to be an educator. As if COVID-19 wasn’t enough, our November report, Educational Gag Orders: Legislative Restrictions on the Freedom to Read, Learn, and Teach, documented 54 state-level bills around the country that would stifle teaching and learning about race, sex, gender, and American history in schools, universities, and state agencies. Educators who don’t comply could lose already scarce funding—or their jobs.

And it’s getting worse. In the month since the report’s release, state lawmakers introduced 12 new bills, bringing the total to a staggering 66 educational gag orders for the year in 26 states, 12 of which have passed into law.

All of these bills are tracked in our Index.

While disturbing, these developments are not surprising. In recent weeks, these gag orders have grown more sweeping in scope and become law with increasing speed. Two examples from November tell the story.

In South Carolina, two state representatives prefiled a bill called the Freedom from Ideological Coercion and Indoctrination Act. This bill would apply to any entity receiving state funds or that benefits from tax exempt or nonprofit status, including public and private schools and universities, all levels of state government, state contractors, charitable organizations, and many private businesses.

In other words, an enormous number of South Carolinians.

Under the bill, those entities would be prohibited from teaching, endorsing, or compelling the adoption of certain “discriminatory” concepts, including that:

While some of this language is similar to that found in other bills analyzed in our Educational Gag Orders report, South Carolina’s legislation breaks new ground by censoring speech about heritage, culture, religion, and political belief. The implications of this are deeply troubling.

For instance, racism, fascism, and homophobia can all be understood as cultural or political beliefs. Under the bill, educators would be prohibited from describing those who hold such beliefs as bigoted or oppressive. Nor would they permitted to suggest that anti-Semites, for instance, ought to feel discomfort or anguish on account of their anti-Semitism, or that racism reflects poorly on a person’s moral character.

In fact, under this bill, it would be illegal for history teachers to make statements condemning or criticizing participants in the regimes of Nazi Germany or the Soviet Union, since this would seemingly violate the bill’s prohibition against teaching that any group or individual is inherently racist or oppressive by virtue of their political beliefs.

Other dangerous provisions in the bill include a prohibition on any discussion with minors about “gender identity or lifestyles” or “age-inappropriate materials”—language so vague that implementation would be impossible. Teachers and professors would also be punished if they “repeatedly distort or misrepresent verifiable historical facts,” “omit relevant and important context,” “advertise or promote ideologies or sociopolitical causes or organizations,” or “create an atmosphere hostile to open and respectful inquiry and discussion.” The bill neither defines these terms nor explains what their prohibition would look like in practice.

And what does punishment look like? Complete loss of state funding, tax exemption status, and any other state-provided accommodation or privilege. For a college or university in South Carolina—even a private one—this would be a death sentence. Given such drastic consequences, the chilling effects could be grave, forcing teachers and professors to give any content that is even remotely risky a wide berth.

Also in November, North Dakota Governor Doug Burgum signed HB 1508 into law. HB 1508 prohibits K–12 public schools from including in their curricula “critical race theory,” which the law defines as “the theory that racism is not merely the product of learned individual bias or prejudice, but that racism is systemically embedded in American society and the American legal system to facilitate racial inequality.”

We do not yet know how this law will be interpreted or applied, but a chilling effect is inevitable. As the North Dakota ACLU notes, “It is natural that many will interpret a ban on ‘critical race theory’ to mean a ban on discussing or raising issues of race in the classroom at all.” Given the prohibition on discussions of systemic racism, “how is a history teacher supposed to discuss slavery, the civil rights era, or teach high school students about the history of redlining, an explicitly systemic policy initiative that purposefully segregated housing?”

But as sweeping as HB 1508 is, equally remarkable is the speed with which it became law.

The bill was introduced on November 8. Two days later, and after virtually no debate, it was passed by the House. The Senate voted to pass it the following day, and the governor signed it into law later that evening. From introduction to enrollment, HB 1508’s journey through the North Dakota legislature took just five days.

It is doubtful that legislators fully considered the implications of this law or its impact. So why the haste? Lawmakers concede that critical race theory is not being taught in North Dakota schools. One state senator actually described the law as “preemptive.” Another suggested that it was more about managing constituent fears than solving an actual problem:

“If we can do something to reassure parents that in public schools we are not having a political agenda, then I think that we should do that. The fear and the outrage are very real, even if I may believe that fear and outrage was manufactured.”

And this seems to reflect a growing trend. For a certain kind of lawmaker, it does not matter whether there is any genuine problem for these bills to solve. They are simply good politics, and the more sweeping the bill, along with the greater speed with which it can be signed into law, the better.

As new legislative sessions begin next year, and so long as lawmakers believe that the public will reward their efforts, we expect to see this same dynamic play out in state houses across the country.