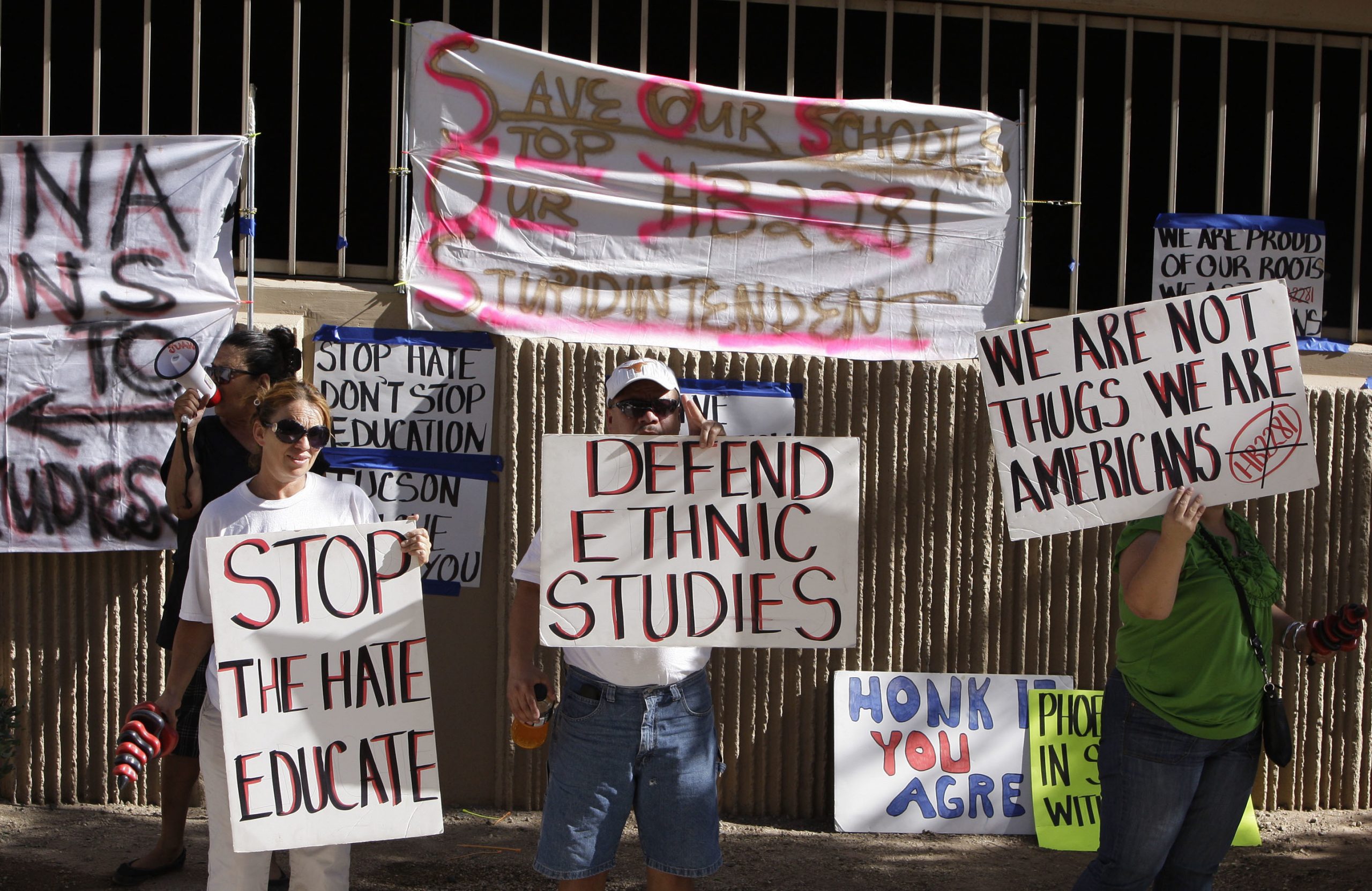 The introduction and passage of educational gag orders in states across the U.S. is striking fear into the hearts of educators and teachers—with potentially dire consequences for what topics schools and universities might refrain from teaching.

In a new report, PEN America documented that in the first nine months of this year, legislators in 24 states introduced 54 educational gag orders that aim to banish discussions about race, racism, sex, sexism, gender, and American history, distorting the lens through which vitally important subjects are taught. These hostile bills—12 of which have become laws in 10 states—are threatening the education system. This trend shows no sign of abating. Since our report was released, North Dakota has passed its own educational gag order, making it the tenth state to approve ideological prohibitions over classroom instruction.

While many of the bills use deliberately vague language to describe what they would prohibit from being taught, that should provide no comfort. The full scope of a law or policy’s censorship should be understood to include not just what types of expression are prohibited but the extent to which people will self-censor out of fear of punishment. This so-called “chilling effect” is a well-recognized concept in both American jurisprudence and in anti-censorship research and advocacy. In an interview with PEN America, cited in our report on educational gag orders, Professor Jeffrey Sachs, an expert on academic freedom at Canada’s Acadia University, explained: “We need not ask ourselves how a rational person would interpret these bills. We need only ask how the most paranoid attorney or the most distracted and cash-strapped high school administrator is going to interpret these bills. They are going to immediately shut down any course content that would upset a sensitive student or an outraged parent.”

As a result, the list of fundamentally important subjects that could be blocked from being taught or discussed in classrooms under these undemocratic bills is long. Below, we offer illustrative examples of texts, documents, and discourse that could be barred—or that teachers could feel are on the chopping block, including Dr. Martin Luther King Jr.’s words, discussions about slavery, and a UN report about the role of racism in policing.

In his 1967 book Where Do We Go From Here: Chaos or Community?, Dr. Martin Luther King Jr. discussed white people’s responsibilities to confront racism. For example, he wrote: “White Americans must recognize that justice for black people cannot be achieved without radical changes in the structure of our society. . . . It is an aspect of their sense of superiority that the white people of America believe they have so little to learn.”

Under many of these censorious bills, teachers might refrain from including the civil rights icon’s words in a lesson plan because they could violate the prohibition against “divisive concepts” related to race and racism. Some bills specifically bar content about the United States being racist and prohibit “race scapegoating,” which refers to assigning any kind of a bias or fault to a race. Educators who rely on Dr. King’s words and engage their students in dialogue about his groundbreaking work could face obstacles erected by these gag orders. This is particularly the case for any teacher who wants to connect King’s words to present-day issues, like bias in policing or the Black Lives Matter movement. These harmful bills could exclude the work of a myriad of authors, scholars, historians, and other experts in the classroom, depriving students of the opportunity to engage with them, even at the college level.

2. Discussions About Slavery and Other Aspects of American History

Some bills prohibit the expression of specific viewpoints about slavery, making it illegal to teach that slavery and racism are “anything other than deviations from, betrayals of, or failures to live up to, the authentic founding principles of the United States.”

These prohibitions threaten to obstruct the teaching of narratives, arguments, and even basic facts about American history. For example, such bills would arguably make it illegal to teach Supreme Court Justice Thurgood Marshall’s words about the Constitution being “defective from the start” because it didn’t prohibit slavery.

In fact, it might become difficult for educators to teach anything at all about slavery because of its inseparable link to America’s roots. Similarly, how can teachers approach topics like segregation, Jim Crow laws, or the civil rights movement without potentially violating these confusing and sweeping bills? These bills risk making educators think twice about teaching events that were steeped in racism and are vital for understanding American history, such as the 1921 Tulsa Race Massacre or forced displacement of Native Americans, including the Trail of Tears. These dangerous educational gag orders threaten to expunge huge parts of our nation’s history from schools and universities’ curricula, which would have a devastating impact on generations of students, not to mention civil society as a whole.

Many of these vague and broad gag orders aim to muzzle entire discussions about race and racism, and sex and sexism in order to deny that systemic inequality and discrimination exist. As a result, these bills could make it impossible for educators to even acknowledge recent and ongoing events and developments that relate to these issues, such as the Black Lives Matter and Me Too movements. If protests for racial justice are taking place across the country, is a professor allowed to discuss this topic, or does she risk violating a gag order? Should educators ignore the fact that last year, United Nations experts condemned “modern-day racial terror lynchings” in the United States and called on the U.S. government to address “systemic racism and racial bias” in its criminal justice system? These bills could squash timely and necessary discussions that connect longstanding issues to current realities.

4. Textbooks, Literature, and Other Materials

These bills have the potential to impact broad swaths of curricula, including history, civics, English literature, and gender studies. In order to avoid the possibility of violating a law, educators might refrain from even bringing up countless subjects, such as the the treatment of Native Americans, the Chinese Exclusion Act, gender inequality, racial inequality, and workplace discrimination. This also means that any books and materials covering these topics could be banned under these bills, including classic works of literature. Whether it’s Mark Twain’s Adventures of Huckleberry Finn or Nathaniel Hawthorne’s The Scarlet Letter, the extensive list of items that could be barred is truly disturbing,  giving state governments wide leeway to enact censorship, or sparking self-censorship as schools and educators seek to avoid censure. The bills could impact the authoring of new textbooks and curricula, the creation of new educational software and videos, and the training of new teachers. Even the range of acceptable guest speakers invited into schools could be constrained by the wide chilling effect these bills cast.

The list of historic texts, works of literature, and perspectives that could be silenced by these gag orders is seemingly endless, and threatens the vitality of the entire educational system. PEN America continues to call for an end to these attacks on academic freedom, free speech, and the freedom to learn.