As prepared by Suzanne Nossel for delivery at the House Committee on Education and Workforce, to be delivered on September 26, 10:00 AM, 2175 Rayburn House Office Building. Watch the livestream here. 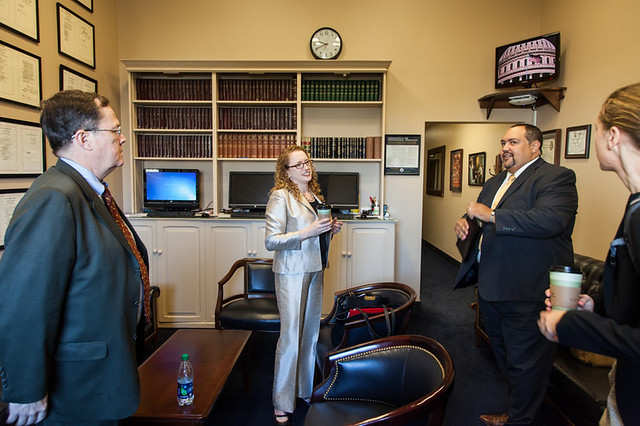 Chairwoman Foxx, Ranking Member Scott, and distinguished members of the committee, thank you for the opportunity to testify today on First Amendment rights on college campuses.

We at PEN America work extensively on issues related to campus speech, and have long expressed concern with growing attacks on inclusiveness, diversity, and tolerance in higher education, alongside significant infringements on free speech and the First Amendment. Our work has included a landmark 2016 report spelling out the need to reconcile the drive for a more inclusive and equal campus with the imperative of robust protections for free speech,[1] a 2017 white paper concerning legislative efforts to regulate free speech,[2] and convening summits on four university campuses—the University of California at Berkeley, Middlebury College, the University of Maryland at College Park, and the University of Virginia at Charlottesville—that were each the sites of high-profile controversies over free speech issues. These summits included in-depth discussions with diverse stakeholders, including college presidents and provosts, student leaders, prominent faculty, and First Amendment experts. I have also written and spoken on our work for a broad array of audiences, including the Knight First Amendment Institute at Columbia University, the Federalist Society, the Foundation for Individual Rights in Education, and academic associations such as the American Council on Education, the American Sociological Association, and the Association of American Colleges and Universities.

Of foremost concern in the current climate of higher education is a lack of appreciation, understanding, and respect for free speech and open expression on campus. Faculty members have been challenged in the teaching of controversial subject matter in the classroom. Administrators face almost daily calls to purify campuses of offensive ideas. And students often have little awareness of the First Amendment,[3] sometimes believing that the best answer to noxious ideas is to drive them into silence, even through violent protest if necessary. At Rutgers University, administrators have found it difficult to determine whether an obviously satirical Facebook post by a professor that touched on race should be grounds for discipline.[4] In other instances, universities have tried to restrict speech by instituting “free speech zones,” delimiting too narrowly the terrain on campus where pamphleteering or protests can occur. Some faculty have been targeted by death threats and online harassment for things they have said, but have received insufficient protection and support from their institutions defending their right to free expression.

Many of the most serious threats to free speech on campus fall into a gray area, not implicating the First Amendment directly because they do not involve official actions by administrators, or because they have arisen at private, rather than public, institutions. Oftentimes, protected speech is pitted against other speech, with one person’s publication or comment in class unleashing a torrent of response that, while perfectly permissible, can nonetheless feel intimidating, censorious, or even punitive. Legitimate, unquestionably lawful rights to protest and offer counterspeech meanwhile can be wielded in ways that prompt self-censorship and silence. The ferocity of social media reaction to even a single badly worded or provocative tweet or post can be enough to deter all but the most courageous from entering into debate on certain hot button topics. These tensions are constricting our discourse and may prevent worthy opinions and proposals from even being heard. Yet these dilemmas don’t submit to a ready legal or regulatory solution, and to attempt one risks suppressing as much—if not more—speech than is protected. We are fortunate in that the breadth and vision of our First Amendment offers an enduring lodestar to help guide the way through these controversies. Attempts to further elaborate rights and responsibilities when it comes to permitting or restricting speech should be undertaken with caution.

Any effort to untangle the roots of our free speech controversies must be predicated on a full appreciation of what it means for a campus to be truly open to all ideas and perspectives. An open campus must uphold the rights of all students to participate freely and equally. Higher education is in the midst of dramatic demographic shift, with institutions enrolling vastly more students of color than ever before, as well as students from immigrant backgrounds and diverse religious traditions.[5] This rising generation arrives at the quad with new expectations about respect for individual differences, equality, and having their voices heard. Many of these students and their allies have valid concerns about the imperative to eradicate persistent manifestations of discrimination that have outlasted efforts at integration, such as slurs, stereotypes, informal segregation, and racist incidents. The Anti-Defamation League reports that incidents of white supremacist propaganda on campus have nearly doubled in the past academic year.[6] Sometimes calls to curtail or punish speech are born out of a frustration that campuses have not done enough to address these persistent concerns, and that baseline rights of students of color to be treated with respect and equality on campus are being subsumed in favor of speech that is derogatory or intended to provoke. While such efforts to suppress speech are misguided, they cannot be effectively addressed without getting to the root of the problem and looking at the underlying concerns of equality and inclusion that motivate them.

At PEN America we believe the solution lies in focusing on education and raising awareness of the First Amendment, engaging with a diversity of campus stakeholders to demonstrate universities’ commitment to open debate, and fostering constructive dialogue across difference that upholds the free speech rights of all. It is critical that universities avoid instituting punitive measures targeting protest or dissent that will chill free speech in the name of protecting it. An approach that privileges the speech of some over that of others runs the significant risk of raising a generation of students alienated from the guarantees in the First Amendment.

While questions of speech implicate power and politics, it is essential that free speech on campus not become a politicized or partisan issue. The First Amendment leans neither left nor right. But recent interventions by the Department of Justice risk creating a different impression. The DOJ has rightly raised some important concerns about overreach in the administrative policing of free expression on certain campuses, prompting universities to reconsider restrictive policies. However, by accompanying these interventions with rhetoric castigating progressive students as snowflakes, vilifying campus administrators, and wrongly suggesting that attacks on free speech target only the right, the genuine constitutional concerns that ought to be at the heart of these efforts become clouded over by ideology and divisive rhetoric. An approach that appropriates campus free speech as a predominantly conservative cause risks compounding an already precarious appreciation of free speech among college students. Some student advocates of racial justice evince a sense of alienation when it comes to First Amendment rights, having witnessed them being invoked mainly in relation to speech that they consider offensive. If the DOJ compounds such perceptions it will surrender the chance to persuade skeptical students that the First Amendment is a critical tool in their quest for social justice, one they should embrace and defend.

In sum, while we urge this committee to advocate for and defend free expression on campus, we believe that it is necessary that any measures seek to balance higher education’s dual imperatives to support free expression and to provide an environment conducive to learning for students from all backgrounds. Free expression at U.S. universities requires ensuring that our campuses are genuinely open both to all people, and to all ideas.

Thank you to the committee for looking into this vital set of issues, and for the opportunity to testify. I look forward to answering any questions you may have.