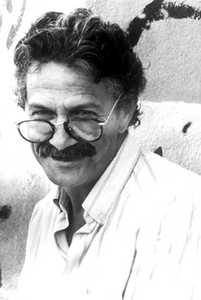 Today marks the 20th anniversary of the death of Algerian journalist Saïd Mekbel. He was shot on December 3, 1994 at a restaurant in Algiers, and died the day after. The morning of his assassination, Mekbel had with seeming prescience written a poetic and polemical last column about the plight of threatened journalists in his paper Le Matin. Titled “Ce voleur qui,” or “This Thief Who…”, it would prove to be Mekbel’s own eulogy.

In an article for Open Democracy, Karima Bennoune reminds us that throughout the 1990s, Algerian journalists were executed by fundamentalist groups while simultaneously facing harassment and restrictions from the military-backed government. Bennoune quotes the Algerian writer Tahar Djaout, who perfectly expressed Algerian reporters’ predicament: “If you speak out, they will kill you. If you keep silent, they will kill you. So speak out, and die.” Saïd Mekbel did just that.

This Thief Who…
This thief who, in the night, keeps a low profile when going home, it is he.
This father who recommends that his children not say in public what his miserable line of work is, it is he.
This bad citizen who skulks in the courts, waiting to appear before judges, it is he.
This individual picked up in a roundup and propelled by a riffle butt into the back of a truck, it is he.
It is he who leaves his house in the morning without being sure he will arrive at work.
And it is he who leaves work again at night, with no certainty of reaching home.
This vagabond who no longer knows where to spend the night, it is he.
He is the one who is threatened in the secrecy of an official’s office, the witness who must swallow what he knows, this naked and helpless citizen….
This man who makes a wish not to die by having his throat cut, it is he.
This body onto which they sew back a decapitated head, it is he.
It is he who does not know what to do with his hands, apart from scribbling his humble writings, he who hopes against hope, because roses grow well—don’t they—on a pile of manure.
He who is all of this and who is only a journalist.