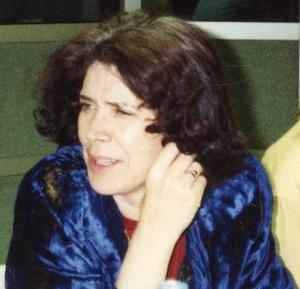 Algerian novelist and women’s rights activist Assia Djebar, whose work examines the lives of Muslim women, passed away on Friday, February 6, in a Paris hospital. She was 78.

Born and raised in Algeria, Djebar wrote over 15 novels in French and was translated into more than 20 languages. She was born Fatima-Zohra Imalayan, adopting her pen name after the publication of her first novel, La Soif, in 1957. Djebar’s work focuses on the Muslim woman’s world and the struggle for social liberation. In her story collection Women of Algiers in Their Apartment, she writes, “Just so I could have worries that never change whether it’s peace or wartime, so I could wake up in the middle of the night and question myself on what it is that sleeps in the depths of the heart of the man sharing my bed…”

Djebar moved to the United States in 1995 and taught French literature at Louisiana State University. She went on to teach at New York University, where she served as Silver Chair Professor of Francophone Studies. She received numerous awards for her work, including the 1996 Neustadt International Prize for Literature and the Peace Prize at the Frankfurt Book Fair in 2000. She was elected to the Académie Française in 2005, becoming the fifth woman to do so and representing the institution’s first elected writer from the Maghreb. Today, she remains one of the most widely acclaimed writers in North Africa.

Shortly after the writer’s death, President François Hollande paid tribute to Djebar, praising her as a “woman of conviction, with multiple fertile identities which fed her work, between Algeria and France, between Berber, Arab, and French.”

Djebar will be buried in her native seaside village of Cherchell.