“Across her career, Awkwafina has showcased how great performances can entertain us, enlighten us, connect us—and make us laugh,” said PEN America CEO Suzanne Nossel. “Awkwafina is unapologetic, smashing through barriers in the entertainment business and setting a new course for representation in popular culture. She’s a leader in the industry, and we’re excited to bring her to our stage this fall to celebrate the freedom to speak and the freedom to write.”

“Brilliant” (New Yorker) and a “breakout star” (NPR), Awkwafina’s turn in 2019’s The Farewell earned her a Golden Globe for Best Actress, and she is currently starring in the Comedy Central series Awkwafina is Nora from Queens. The second season premieres August 18.

As the event approaches, PEN America will announce the 2021 winners of its other prestigious awards presented as part of the gala celebration: the PEN/Barbey Freedom to Write Award (given in 2020 to Chinese writer and dissident Xu Zhiyong), honoring an imprisoned writer or artist persecuted for exercising their right to free expression; and the PEN/Benenson Courage Award (conferred in 2020 to Darnella Frazier, the young woman who filmed the murder of George Floyd, and former diplomat Marie Yovanovitch), recognizing an individual or group that embodies courage in self-expression.

Awkwafina, born Nora Lum, has also starred in the smash hits Crazy Rich Asians, Ocean’s 8, Disney’s Raya and the Last Dragon, and Marvel Studio’s upcoming epic adventure Shang-Chi and The Legend of The Ten Rings, and as an author penned Awkwafina’s NYC, a New York travel guide (Penguin Random House 2015). She originally became an internet sensation in 2012 with her satirical viral videos and her debut album in 2014. She resides in Los Angeles.

PEN America stands at the intersection of literature and human rights to protect open expression in the United States and worldwide. Headquartered in New York City with offices in Los Angeles and Washington, D.C., the organization counts 7,500 Members in all 50 states, as well as seven volunteer-led regional chapters. Throughout the pandemic, PEN America has remained committed to the principles of free expression, continuing its pathbreaking advocacy while also celebrating literary excellence. In the past year, the organization has launched new marquee research projects; kept the pressure on policymakers in Washington to defend free expression; demanded free speech protections on campuses; led the fight to protect protest rights; and has uplifted emerging, historically-underrepresented voices in its work celebrating writers.

On August 26, @alexjzucker will take part in @PENamerica's Women in Translation Month reading series, reading from Petra Hůlová's THE MOVEMENT, forthcoming in English from World Editions in October. #witmonth @Read_WIT

"At Al-Ameen Madrasa for Girls, it was the week when government officials came to see how the children and the school teachers were doing..."

An excerpt of t. jahan's novel in progress, from our @PENamerica DREAMing Out Loud 'takeover'
https://www.guernicamag.com/rookie-and-the-djinn/ 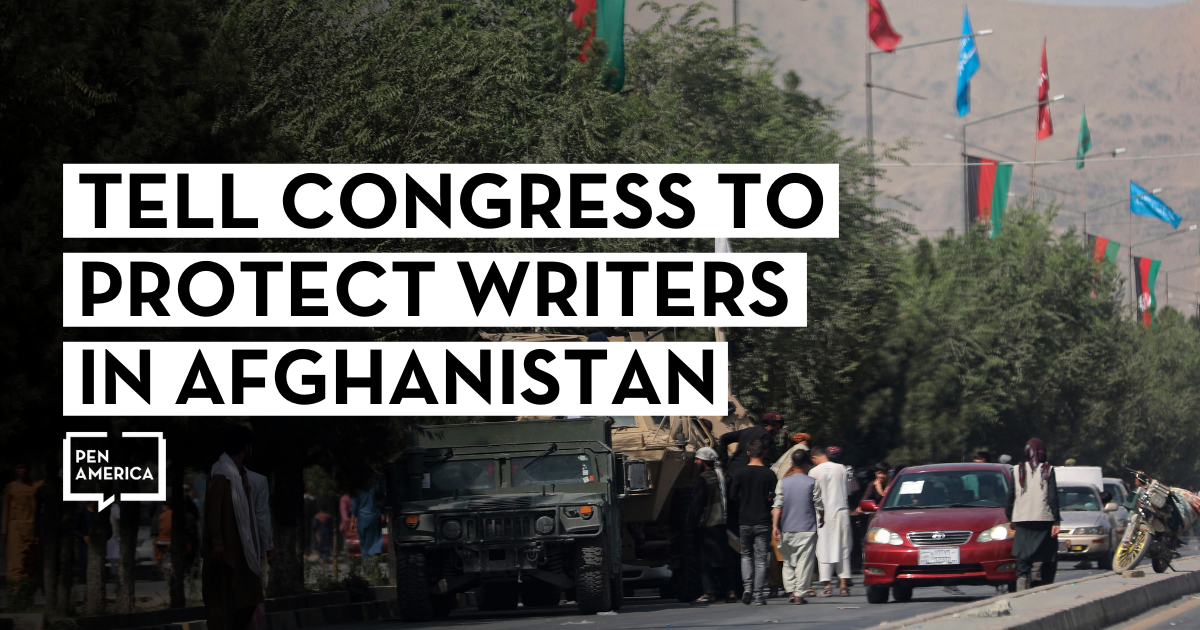 Write to your members of Congress and ask that they urge the Biden administration to protect writers and human rights defenders in Afghanistan.