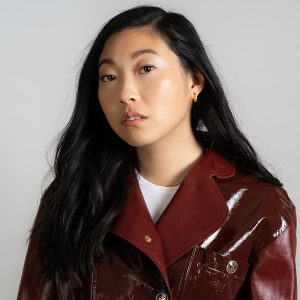 Awkwafina is an award-winning actress, writer, and producer from Queens, NY. She grew up with her given name, Nora Lum, and has since used her trademark comedic style and signature flair to become a breakout talent in the entertainment industry. Lum can next be seen in season two of her Comedy Central show Awkwafina is Nora From Queens, which she created and stars in. It will be released on August 18, 2021. She will also star in Marvel’s Shang-Chi and the Legend of the Ten Rings, which will be released on September 3, 2021. Most recently, she can be heard in Disney’s Raya and the Last Dragon, Jumanji: The Next Level, and MGM’s Breaking News in Yuba County.

Lum received glowing reviews for her starring role in the indie darling The Farewell, where she won the Golden Globe Award for Best Actress – Motion Picture – Musical/Comedy. The story is based on a true story about a family saying goodbye to their beloved matriarch, the only person who doesn’t know she is dying. In just its first weekend in only four theaters, the film beat the record of biggest per-theater box office average of the year, previously held by Avengers: Endgame, the second bestselling movie in history. The small family drama quickly won over viewers and critics alike, with many calling it one of the best films of 2019. The film was released nationwide on August 2, 2019.

Lum brings an impressive range of talent to everything she does, most famously to Warner Bros’ smash hit Crazy Rich Asians—opposite Constance Wu, Michelle Yeoh, Henry Golding, and Ken Jeong—in which she starred as Peik Lin. The film opened on August 15, 2018 to rave reviews and four straight weekends of $20+ million at the box office. Lum hosted Saturday Night Live that same year as part of the show’s 44th season.

She starred in another Warner Bros feature, Ocean’s 8, directed by Gary Ross and alongside an impeccable ensemble cast including Sandra Bullock, Cate Blanchett, Anne Hathaway, Mindy Kaling, Sarah Paulson, Rihanna, and Helena Bonham Carter. Prior to that, she starred in the indie comedy Dude, written and directed by Olivia Milch.

In 2016, Lum made her feature film debut in the comedy Neighbors 2: Sorority Rising with Seth Rogen, Zac Efron, and Rose Byrne, and was heard as the voice of Quail in the animated adventure Storks.

Her first book, Awkwafina’s NYC, a travel guide to New York, was published by Penguin Random House in 2015.

Lum became an internet sensation in 2012 with her satirical work in the viral video “My Vag,” and her 2014 debut album, which featured her acclaimed raps “NYC Bitche$,” “Mayor Bloomberg (Giant Margarita),” and the title track, “Yellow Ranger.”

She currently resides in Los Angeles.