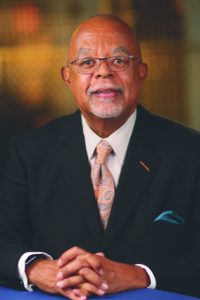 Emmy and Peabody Award-winning filmmaker, literary scholar, journalist, cultural critic, and institution builder, Professor Gates has authored or co-authored more than 20 books and created more than 20 documentary films, including The African Americans: Many Rivers to Cross, Black in Latin America, Black America since MLK: And Still I Rise, Africa’s Great Civilizations, Reconstruction: America after the Civil War, The Black Church: This Is Our Story, This is Our Song,, and Finding Your Roots, his groundbreaking genealogy series now in its seventh season on PBS.

A former chair of the Pulitzer Prize board, he is a member of the American Academy of Arts and Letters and serves on a wide array of boards, including the New York Public Library, the NAACP Legal Defense Fund, the Aspen Institute, Jazz at Lincoln Center, the Whitney Museum of American Art, Library of America, and the Brookings Institution. In 2011, his portrait, by Yuqi Wang, was hung in the National Portrait Gallery in Washington, D.C.