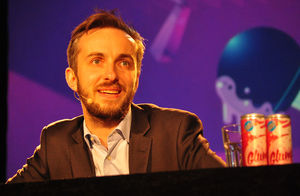 The German government’s authorization for the prosecution of comedian Jan Böhmermann for broadcasting a crude poem that allegedly insulted Turkish President Recep Tayyip Erdoğan in accordance with a German law on insulting foreign leaders, infringes on the fundamental right to freedom of expression, PEN said today.

The decision by Chancellor Angela Merkel came after the Turkish Embassy lodged a formal request with the German foreign ministry to prosecute Böhmermann, after the comedian read a poem in a late-night program screened on the German state broadcaster ZDF at the end of last month that accused president of Turkey of, among other things, “repressing minorities, kicking Kurds and slapping Christians.”

“There has been some discussion about the vulgarity of Böhmermann’s mock defamatory poem. We trust in our judicial representatives to know that freedom of expression is not about taste or the quality of literature. It’s about freedom and civil rights,” said Regula Venske, General Secretary of German PEN.

“As Josef Haslinger, president of German PEN, has pointed out, Jan Böhmermann’s action can be understood as a paradoxical intervention. By adding one defamatory cliché after the other, Böhmermann drew our attention to some obscure paragraph criminalizing lèse-majesties in German criminal law. We call upon the German government to quickly proceed with its abolition.”

Merkel made the decision today on whether Germany’s state prosecutor should start proceedings against Böhmermann, after Erdoğan pressed charges against the comedian. Insulting heads of state is illegal under an obscure section of Germany’s criminal code, which requires authorization from the German government. If found guilty, Böhmermann could face up to five years in prison or, more likely, a fine.

Merkel has indicated that the law will be repealed by 2018.

President Erdoğan has made extensive resort to Turkey’s criminal defamation laws to silence critics and opponents, having lodged over 1800 personal insult suits since he became President in 2014.

International human rights standards put a high value on uninhibited expression in the context of “public debate concerning public figures in the political domain and public institutions.” The Human Rights Committee, which oversees the implementation of the International Covenant on Civil and Political Rights to which Germany is a state party, has made clear that the “mere fact that forms of expression are considered to be insulting to a public figure is not sufficient to justify the imposition of penalties.” Human rights bodies have also pointed out that heads of state and public figures should tolerate a higher degree of criticism than ordinary citizens.

“The test of a nation’s commitment to freedom of expression comes when its government has to decide if it should use an obscure law, which protects only one class of people (in this instance foreign heads of state), to prosecute the author of what is clearly a satirical poem. Germany has decided to do so because a foreign government — Turkey, which is hardly a beacon of freedom of expression, which has an appalling record in protecting free speech, and has prosecuted writers and journalists over the years — wants Germany to act the way Turkey itself would in similar circumstances,” said Salil Tripathi, Chair of PEN International’s Writers in Prison Committee.

“The question is not whether Jan Böhmermann is a good poet, whether his work has aesthetic value or whether it was deeply offensive — that remains a matter of individual taste. The question is whether Germany, which has pledged to repeal the law by 2018, should use the law as if it had no other choice. Robust democracies thrive on sharp debate and biting satire, even if it is in poor taste. Germany must act consistent with its own, European, and international standards of free speech and drop all charges against Böhmermann immediately.”

PEN International opposes the criminalization of defamation in all cases, calling for defamation and insult to become civil offenses. PEN also calls on the German authorities not to bring any charges against Böhmermann and to implement the decision to overturn the law criminalizing the insult of foreign leaders as soon as possible.