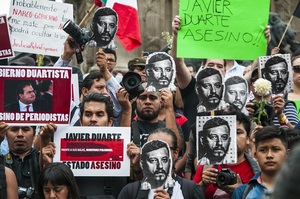 At the end of this month, PEN will hold its annual World Voices Festival of International Literature. This year’s focus is on Mexico—a country with a rich literary tradition and cultural heritage but also an extremely troubling trend of attacks on free expression exemplified by the murders of journalists. Mexico is one of the most dangerous places in the world for reporters: at least 80 journalists have been killed since 1992 with 91 percent complete impunity. Article 19, Mexico’s latest report, cites that 1,832 acts of aggression against Mexican journalists have taken place since 2009, ranging from intimidation to arbitrary detainment to murder. The majority are committed by criminal organizations, though a growing number are also carried out by either local- or state-level officials or individuals connected to them.

The federal government has taken steps towards combatting the issue in recent years, such as establishing a Special Prosecutor’s Office on Crimes Committed against Freedom of Expression (FEADLE), creating a state protection mechanism to protect human rights defenders and journalists, and passing an amendment to spur investigations and force accountability by making crimes against journalists a federal offence. However, all these steps to change policy have fallen short in practice: three journalists have already been killed in the first few months of 2016.

This month’s featured cases are three reporters whose stories are emblematic of the dire situation for free expression in Mexico. All three were killed for their outspoken criticism of the existing state- or local-level officials and criminal elements connected to them. Their murders are a direct result of the deficiency of the federal government’s methods and actions to protect the right to freedom of expression, to end corruption within government, and to quash the power criminal organizations wield in the country. The Mexican government needs to translate their policies into action to protect the right to free expression without the fear of repercussions. Impeding journalists’ right to report free from severe repercussions in turn denies Mexican citizens access to information, limits diverse viewpoints from being heard, and stunts transparency and accountability. These are issues that PEN called on President Nieto to rectify with our letter signed by over 600 prominent writers and cultural figures. 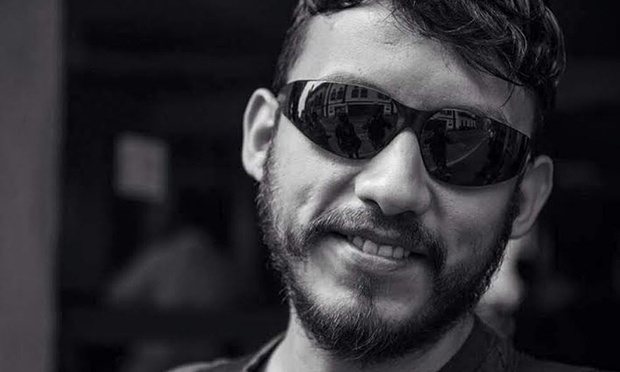 Ruben Espinosa—along with four women, one of whom was a human rights activist—was found bound and shot execution-style in a private apartment in the calm, middle-class neigborhood of Navarte in Mexico City on July 31, 2015. In June, the 31-year-old photojournalist had exiled himself to the capital after receiving threats related to his work in the gulf-coast state of Veracruz, widely known as one of Mexico’s most dangerous states. Espinosa is the first journalist to be killed in the Federal District, and his death drove home the fact that no area in Mexico can now be considered completely safe. He had become a troublesome photographer for the government: his photo of Governor Javier Duarte, published on the cover of the February 15, 2014, edition of Proceso with the headline “Veracruz, State With No Law” bothered the governor, leading to a massive buy-out of that edition of the magazine from stores and newspaper stands carried out by the state government. The animosity towards Espinosa and his work by the government reached a point where Espinosa was not even allowed to enter official events. However, he continued to mobilize against impunity and even participated in the symbolic renaming of Plaza Lerdo to Plaza Regina Martinez with the placing of a plaque containing the other murdered journalist’s name. It is believed Espinosa was murdered in relation to his work, which was critical of Veracruz’s government and Duarte personally. On August 5, 2015, a man was arrested in connection with the murders because police stated they had found his fingerprints at the scene. The man, a convicted serial rapist, had been accompanied by two other men that remain at large. However, the possibility of government involvement in this murder, due to the animosity of Duarte and his government towards Espinosa, was completely ignored by investigators. 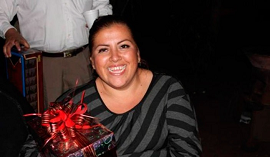 On February 9, 2016, police found the body of Anabel Flores Salazar, a 32-year-old journalist from Veracruz state, along a highway in neighboring Puebla state. The coroner determined that she had been suffocated to death. Early morning on Monday, February 8, 2016, a group of armed men entered Flores Salazar’s house and abducted her, leaving her two-week-old baby behind. The Veracruz authorities have stated that they are investigating the case, and on February 13, 2016, Veracruz’s governor Javier Duarte linked an already detained drug cartel member with Flores Salazar’s murder. Flores Salazar was a reporter for El Sol de Orizaba and covered crime, police activity, murders, and car accidents in Veracruz. It is reported that she had recently published an article on the case of a store owner who had been shot dead. Flores Salazar was also investigating the mysterious deaths of teenage girls in Veracruz. She had previously worked as a contributor for dailies El Mundo de Orizaba and El Buen Tono, whose offices had been attacked by a group of unidentified gunmen earlier in 2011. 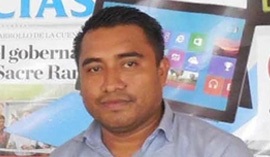 Journalist Marcos Hernández Bautista was shot in the head on January 21, 2016, as he climbed into his car at night outside a bar in the state of Oaxaca. Hernández covered sensitive topics in stories about local strongmen who rule parts of the region, known as cacicazgos, and social issues including poverty, education, and politics. The editorial director at Noticias, Voz e Imagen de Oaxaca said that Hernández was often in fear of reprisal for the sensitive stories he reported on; another colleague of Hernández stated that Hernández had not spoken of any threats against him but was afraid because of the sensitive topics he was covering. Hernández was involved in local politics as a public official with the local government and supported the Movimiento de Regeneración Nacional (MORENA), a left-wing political opposition party. On March 1, 2016, reports indicated that a local police commander had been arrested and charged with Hernández’s murder and another suspect has been identified in the killing.

For each journalist that is murdered, families are destroyed, colleagues self-censor themselves out of fear, and media consumers are deprived of vital news and information. PEN recently met the family and colleagues of Ruben Espinosa in Mexico City, and heard first-hand the impact of this terrible trend on a personal level. For the families and colleagues of these journalists, as well as society as a whole, effective, concerted action needs to be taken to halt these murders and impunity and ensure that free expression can once again flourish in Mexico.

Explore the topics and themes in this post by attending these events at the PEN World Voices Festival of International Literature, April 25-May 1, in New York City: