Iranian Writers Speak Out on Censorship 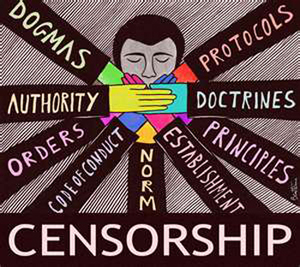 The following is reprinted from the Association of Iranian Writers, an independent national body fighting in Iran for the rights of authors, editors, journalists, and translators to work free of censorship and other restrictions on their work.

PEN America stands with all Iranian writers in demanding the institution of substantive reforms to protect the work of writers and the inalienable right of all Iran’s citizens to creative freedoms and free speech.

We Commemorate December 4, the Day to Fight Censorship
The Association of Iranian Writers

This is the seventh year that freedom of expression defenders are marking December 4 as the Day to Fight Censorship, as initiated by the Association of Iranian Writers.

It is unfortunate that, each year that the Association has published a statement to honor this day, we have been forced to write about the ubiquity of state censorship in our society.

During the last year, despite all the promises by the new government, we still witnessed free expression violations in various areas such as literature, art, press, and the Internet. Every new book requires a government license for publication. Ironically, some of the authors’ books have been translated and published outside the country but they have not been granted a “permit” to be published inside Iran.

Bloggers and Internet activists and users are being arrested and harassed. Filtering of websites and social media is continuing. In the near future, the government intends to make it more costly and more difficult for people to access cyberspace by establishing more sophisticated filtering and more systematic censorship. Many journalists are in prison and journalism is an increasingly dangerous profession. Recently, a photographer and a reporter, who were working for an official news agency, were arrested because they were covering a series of acid-throwing incidents.

Signal jamming by the government, to block satellite channels, is not only violating people’s right to watch and listen to what they desire, but is also jeopardizing their health.*

State censorship has seriously harmed art and literature. Creative expression has been crushed and talents wasted. Society is deprived of access to literature and art that any twenty-first century person deserves.

Through new communications technologies, new ways are created for people to express their ideas, and therefore many of the old censorship modes are now ineffective. During the past year, we have witnessed the reflection of these changes in the contradictory words and actions of Iranian statesmen. […]

The Association of Iranian Writers believes that freedom of expression, without any restrictions and exceptions, is everyone’s right. The Association demands the elimination of all forms of censorship. It was according to this vision that this association of independent and freedom-seeking Iranian writers announced December 4 as the Day to Fight Censorship.

Once again, this year, the Association welcomes this day and invites all defenders of freedom of expression to investigate the evil phenomenon of censorship and raise their voices against it. […] We hope that next year on this day, we will be celebrating freedom of expression in our statement.

The Association of Iranian Writers honors December 4, the Day to Fight Censorship, and congratulates all who oppose censorship.

*There is a widespread belief in Iran that jamming signals are impacting the health of those exposed thereto.