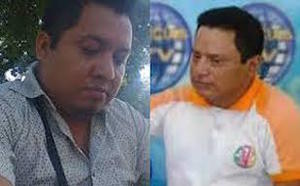 PEN condemns the murder of La Prensa journalist Danilo López, shot dead alongside Radio Nuevo Mundo reporter Federico Salazar, on March 10, 2015. Amid fears that the two were targeted for their journalistic activities, PEN calls on the Guatemalan authorities to carry out a swift and thorough investigation into their killings —and all other unsolved journalist murders in the country—and bring the perpetrators to justice.

Acts like these that go against freedom of expression, a universal right enshrined in our Constitution, plunge both the national journalism community and the whole of Guatemalan society into mourning. As such, outraged, we demand that the corresponding authorities fully investigate, apprehend those responsible and punish them. – PEN Guatemala

According to news reports, the shooting was carried out by two assailants on a motorcycle in Mazatenango’s Central Park, Suchitepéquez department. Also injured during the attack was Marvin Túnchez, a journalist with cable television station Óptimo 23. Túnchez is currently in hospital receiving treatment for a gunshot wound to the arm. PEN is concerned by reports that Túnchez has not been provided with police protection while in hospital. One of two suspects was arrested by the National Civil Police some four hours after the incident.

López, founder of the Suchitepéquez Journalists’ Association (Asociación de Periodistas de Suchitepéquez), had worked for Prensa Libre for eight years, during which time he covered politics, including local corruption, current affairs, and sports. He had reportedly received threats and faced repeated harassment on the part of local officials. In the weeks prior to his death, López had posted denouncements of the corruption of local officials on social media.