Giving Thanks for Books 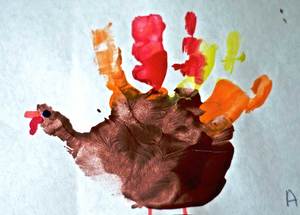 “Jimmy Santiago Baca’s Immigrants in Our Own Land & Selected Early Poems. I bought it in New Mexico on a trip studying border politics and am consistently amazed by the way he is able to render an experience of immigration, displacement, incarceration—and how all three are so deeply intertwined in our political system—so honestly, beautifully, and powerfully. This book has informed how I think about writing (and political writing) both as someone who teaches and someone who writes.” – Rosie Achorn-Rubenstein, Membership Intern

“Walt Whitman’s Leaves of Grass—a dog-eared and deeply annotated edition that belonged to both my grandmother and my mother. When my mom died, we all chose items of hers that resonated with meaning. I suppose I’m thankful my brother and sister didn’t jump on this. If they had, it would been an Aiello smack-down to the death.” – Antonio Aiello, Website Editor

“Bombay Time by Thrity Umrigar. I read this book in college, a time when, much like the novel’s characters, I was wrapped up in the trivials of my own days. The book was and remains a really great reminder that there’s a big, big world outside of yourself.” – Arielle Anema, Membership Associate

“The Poisonwood Bible by Barbara Kingsolver. Mostly for this line: “Illusions mistaken for truth are the pavement under our feet. They are what we call civilization.” It was the best dollar I’ve ever spent at The Strand bookstore.” – Caroliena Cabada, Editorial Intern

“Islamic Pacifism by Arsalan Iftikhar. A signed copy of the book was given to me as a birthday gift by my mentor. The book is a vital reminder for the world to see the beauty of Islam and the peacefulness of its people at a time when so many other writers define the faith by its few most violent followers.” – Sarah Edkins, Communications Manager

“Julio Cortázar’s Hopscotch (Rayuela). Since it first came into my hands in high school (in the form of Gregory Rabassa’s brilliant translation), I have read it numerous times, in both English and Spanish, in one order and another, and I never cease to marvel at every aspect of it. It is a book whose characters and scenes have become a part of my subconscious. I recently spent eighteen months living in Paris, asking myself where Cortázar’s Paris ended and my Paris began. I lived just steps from his tomb in Montparnasse Cemetery and visited it often. I am now reading Rayuela again. I realize that much of what I remember of Paris is contained in this book. There is no Paris for me that is separate from Cortázar’s Paris.  There is no other book I can name that has blended so seamlessly into the experience of my life.” – Anna Kushner, Freedom to Write Surveillance Consultant

“Duong Thu Huong’s novel No Man’s Land. This epic novel set in Vietnam mixes a beautiful love tale into rural-urban divides, political ideologies, and international development. Huong’s ability to write across genders is stunningly assured and her portrayal of indigenous cultures offers a glimpse into the beauty and mystery of Vietnam. She herself has fought censorship in the face of state repression, a courageous act in a country where nearly 30 writers are in jail for expressing themselves with digital technologies.” – Deji Olukotun, Freedom to Write Fellow

“Demonology by Rick Moody. A professor I admire and who pushed me to be a better writer when I needed it most introduced me to some of the stories from this collection. It reminds me of how powerful a story can be when it is written simply and with honest emotion.” – Alex Ritter, Editorial Intern

“Moby Dick by Herman Melville, because I think I could reread it for the rest of my life and learn something new each time.”  – Molly Silverstein, Development Intern