Back to Court on Surveillance 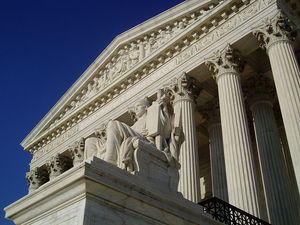 When the Supreme Court dismissed our challenge to the FISA Amendments Act (FAA) earlier this spring, it did so partly on assurances from administration lawyers that, in the event evidence gathered by secret surveillance was to be used in criminal proceedings, the government would notify the defendants that they had been the targets of surveillance. That notification, Solicitor General Donald J. Verrelli Jr. argued, would open a window for the defendants to challenge the constitutionality of the NSA’s program.

This past week, The New York Times revealed that those assurances were misleading, and that in fact the federal government has used evidence gathered by secret surveillance in criminal cases without disclosing the source of the information. As the ACLU’s Jameel Jaffer, who argued our case before the Supreme Court, and his colleague Patrick Toomey wrote on the new Just Security blog after the Times article appeared, “Rather than provide defendants with notice, the Justice Department’s National Security Division (NSD) was routinely concealing the role of the [FISA Amendments Acts], denying defendants the opportunity to move to suppress FAA-derived evidence and preventing trial courts from adjudicating the FAA’s constitutionality.”

As Jaffer and Toomey note, that misleading assertion likely factored in the Court’s narrow 5-4 decision to dismiss our challenge. In his opinion for the majority, Justice Alito echoed the administration’s assurances to deflect our assertions that the NSA’s surveillance was all but immune from judicial review: “If the Government intends to use or disclose information obtained or derived from an [FAA] acquisition in judicial or administrative proceedings, it must provide advance notice of its intent, and the affected person may challenge the lawfulness of the acquisition.”

The Times reports that the government has begun to notify defendants when it intends to use evidence gathered under the FISA Amendments act in their cases, but its failure do so previously could force courts to review a number of convictions. And while it does not mean there will be a Supreme Court do-over for our Amnesty v. Clapper decision, the ACLU is asking the Solicitor General to issue a letter to the Court acknowledging the critical misstatement of fact during the proceedings.

Meanwhile, in the wake of Edward Snowden’s revelations that the NSA has been using Section 215 of the Patriot Act to collect Americans’ telephone records, the ACLU has filed its own lawsuit challenging the constitutionality of the NSA’s domestic spying programs. PEN American center has submitted an amicus curiae brief in support of that lawsuit, which presents a compelling look at how surveillance states have targeted and impacted writers in particular, and how powers like the NSA’s telephone metadata collection program can degrade the private space that is a prerequisite for creative and intellectual freedom. The brief drew on the contributions of dozens of PEN members who brought forth a host of compelling quotes from creative and legal literature illuminating the dangers of we may be facing.

One of my favorite quotes in PEN’s brief is a passage from a 1966 dissenting opinion of Supreme Court Justice William O. Douglas, in Osborn v. United States, a case in which a secretly recorded telephone call served as the key piece of evidence in a criminal conviction.

[T]he privacy and dignity of our citizens is being whittled away by sometimes imperceptible steps. Taken individually, each step may be of little consequence. But when viewed as a whole, there begins to emerge a society quite unlike any we have seen — a society in which government may intrude into the secret regions of man’s life at will.

Even in 1966, Douglas foresaw how that whittling would accelerate in the digital age:

Once electronic surveillance is added to the techniques of snooping which this sophisticated age has developed, we face the stark reality that the walls of privacy have broken down and all the tools of the police state are handed over to our bureaucracy on a constitutional platter…. [W]iretapping and electronic “bugging” invariably involve a search for mere evidence. The objects to be “seized” cannot be particularly described; all the suspect’s conversations are intercepted. The search is not confined to a particular time, but may go on for weeks or months. The citizen is completely unaware of the invasion of his privacy. The invasion of privacy is not limited to him, but extends to his friends and acquaintances — to anyone who happens to talk on the telephone with the suspect or who happens to come within the range of the electronic device. Their words are also intercepted; their privacy is also shattered. Such devices lay down a dragnet which indiscriminately sweeps in all conversations within its scope, without regard to the nature of the conversations, or the participants. A warrant authorizing such devices is no different from the general warrants the Fourth Amendment was intended to prohibit.

For Douglas, the dangers were elementally clear:

Such practices can only have a damaging effect on our society. Once sanctioned, there is every indication that their use will indiscriminately spread. The time may come when no one can be sure whether his words are being recorded for use at some future time; when everyone will fear that his most secret thoughts are no longer his own, but belong to the Government; when the most confidential and intimate conversations are always open to eager, prying ears. When that time comes, privacy, and with it, liberty, will be gone. If a man’s privacy can be invaded at will, who can say he is free? If his every word is taken down and evaluated, or if he is afraid every word may be, who can say he enjoys freedom of speech? If his every association is known and recorded, if the conversations with his associates are purloined, who can say he enjoys freedom of association? When such conditions obtain, our citizens will be afraid to utter any but the safest and most orthodox thoughts; afraid to associate with any but the most acceptable people. Freedom as the Constitution envisages it will have vanished.