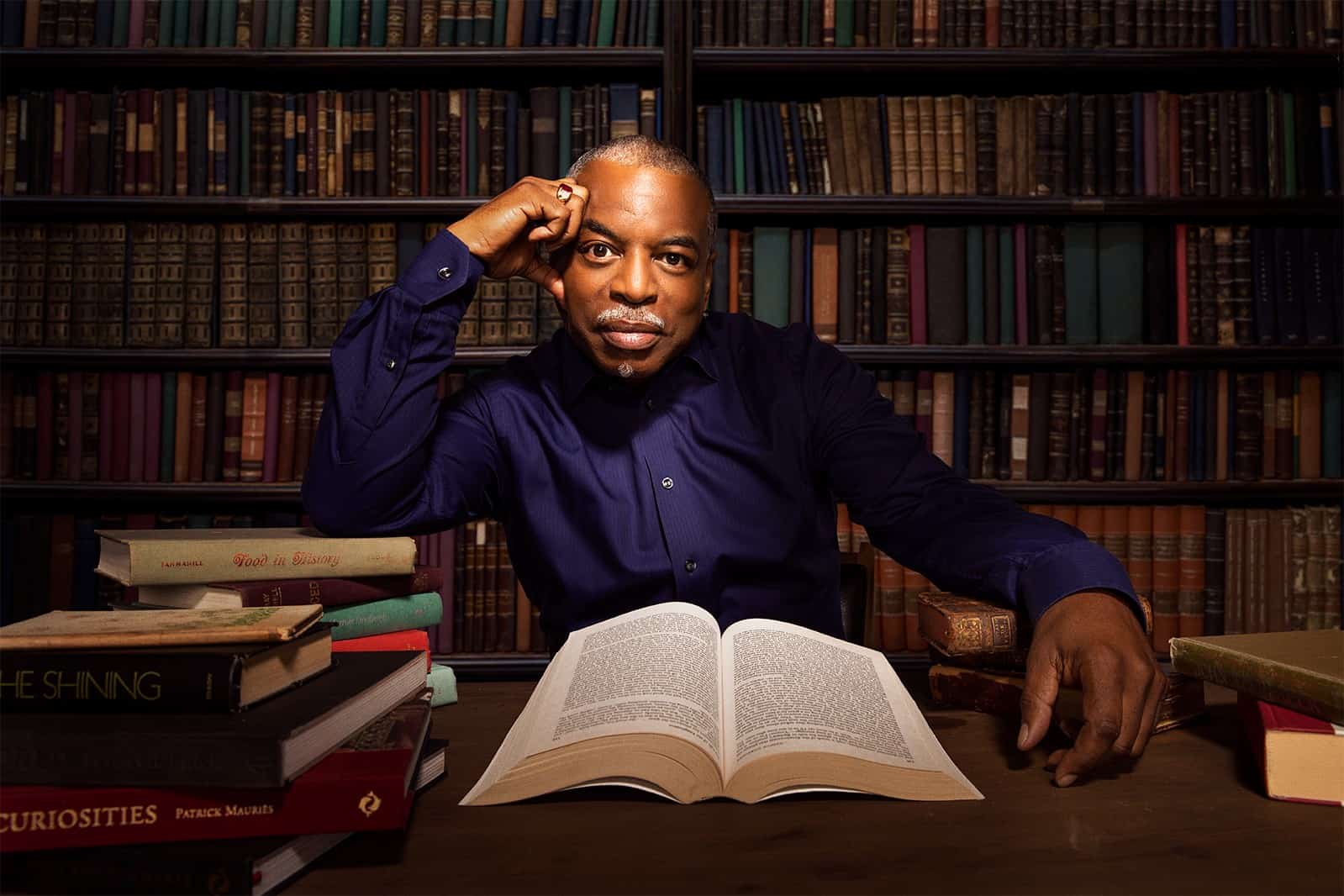 LEVAR BURTON launched his acting career while still a student at the University of Southern California. Cast in the groundbreaking role of Kunta Kinte in the landmark television series “Roots,” at 19 he found himself on the cover of Time Magazine. A seemingly impossible act to follow, Burton managed to do so in dramatic fashion, achieving further global acclaim as Chief Engineer Geordi La Forge in the iconic “Star Trek: The Next Generation” television series and in feature films. However, it has been his role as host and executive producer of the beloved PBS children’s series “Reading Rainbow” of which he is most proud. Airing from 1983 to 2009, it was not only one of the longest-running children’s television shows in history, but also one of the most acclaimed, earning over 200 awards including multiple Emmys and a Peabody. Always committed to improving children’s education through innovative uses of storytelling, in 2012 Burton launched RRKidz, a digital educational publishing company. In a deal that ended in August 2017, his company held the global rights to the Reading Rainbow brand through a partnership with series creator, WNED/Buffalo. That partnership resulted in a successful relaunch of the Reading Rainbow brand for a new generation of children. SKYBRARY is a digital reading service filled with over 500 children’s fiction and non-fiction books, more than 150 newly produced video field trips and new content added every week. With over 16 million books and videos enjoyed since launch, SKYBRARY is a top selling educational app on iTunes and recipient of numerous awards. In 2014 Burton turned to Kickstarter to bring Reading Rainbow to “Every Child, Everywhere” — especially to classrooms in need. The campaign met its 35-day goal of raising $1 million in less than eleven hours, and set a crowdfunding record at the time with over 105,000 backers and a final tally of over $6.4 million. With these funds, in May 2015, Burton and RRKidz brought the SKYBRARY product to the web, accessible to 83% of American households. Then in January 2016, the education-specific, SKYBRARY SCHOOL rolled out for teachers and students, fulfilling the promise of the crowdfunding project. Now in his fourth decade in the industry, LeVar continues to exercise his vigorous passion for storytelling with his new podcast LEVAR BURTON READS, where each episode he chooses a favorite piece of short fiction and performs it. The enormously successful podcast is in its third season and LeVar is currently touring the country with a live version of the podcast. LEVAR BURTON READS: LIVE! is coming to a theater near you. As the honored recipient of 13 Emmy Awards, a Grammy, and five NAACP Awards, Burton has demonstrated in his career that he can do it all — acting, directing, producing, writing and speaking. He is often invited as a keynote speaker at leading education and technology events, most recently speaking at NASA, ISTE, The National Education Association, FAST COMPANY’s Innovation Series and many more. With millions of fans throughout the world, Burton continues his mission to inspire, educate, and entertain.

On June 11, 2019, LeVar Burton joined Local Leaders in South Sacramento’s Meadowview neighborhood where he grew up. City leaders honored LeVar Burton with the Official Renaming and Dedication of
Richfield Park to LEVAR BURTON PARK. Together they hope the move will inspire future generations to aim for successful, prosperous, and fulfilling life.

On November 20, 2019, LeVar will serve as master of ceremonies for the 2019 National Book Awards at Cipriani Wall Street in New York City.