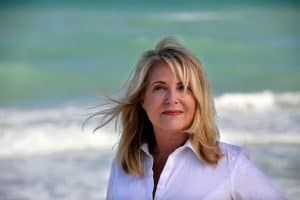 Julie K. Brown is an investigative reporter with the Miami Herald. During her 30-year career, she has worked for a number of newspapers, focusing on crime, justice, and human rights issues. As a member of the Herald’s prestigious Investigative Team, she has won dozens of awards, including a George Polk Award in 2018 for “Perversion of Justice,” a series that examined how a rich and powerful sex trafficker, Jeffrey Epstein, managed to arrange a secret plea deal and escape life in prison — even though he was suspected of sexually abusing more than 100 underage girls and young women. The series, and her subsequent dogged coverage of the case in 2019, led to the resignation of President Trump’s labor secretary, Alex Acosta, Epstein’s arrest on new federal charges in New York, and reforms in the way that prosecutors treat victims of sex crimes.

Brown previously won acclaim for a series of stories about abuses and corruption in Florida prisons. The stories led to the resignations of top agency officials, firings of corrupt corrections officers, and an overhaul in the treatment of inmates with mental and physical disabilities, as well as women in Florida prisons. That series also won a Polk Award. A native of Philadelphia, she is a graduate of Temple University.