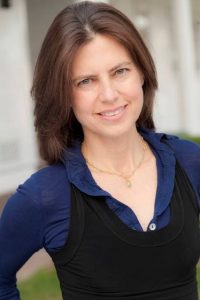 Sarah Timberman and her Timberman/Beverly Productions partner, Carl Beverly, recently finished production on the Netflix limited series, “Unbelievable” (based on the Pulitzer Prize-winning Marshall Project/ProPublica  article, “An Unbelievable Story of Rape”), as well as the the seventh season of their long-running CBS series, “Elementary,” the fourth season of the critically acclaimed Showtime series, “Masters of Sex” (based on Tom Maier’s biography of noted sex researchers William Masters and Virginia Johnson), and the sixth and final season of the award-winning FX series, “Justified” (based on Elmore Leonard’s “Fire in the Hole”).  Timberman-Beverly’s other credits include CBS’ “SEAL Team,” “The Code,” “Unforgettable,” “The Odd Couple, “A Gifted Man,” and “Doubt,” as well as the NBC series, “Kidnapped.” Timberman/Beverly are also currently in pre-production on “The Man Who Fell to Earth” for CBS All Access, based on the Walter Tevis novel and the Nicolas Roeg/David Bowie film.

Prior to starting the company, Timberman served as President, Universal Network Television. She oversaw all comedy, drama, long-form, and reality programming for the company, including the “Law and Order” franchise and the series, “American Dreams,” and played a key role in acquiring the rights to the British series, “The Office” for NBC.  Timberman joined Universal from Columbia TriStar Television, where she served as Executive Vice President, Drama Development. Some of the series she oversaw included “Dawson’s Creek” and “Party of Five.”

Prior to working in television, Timberman was an assistant editor at Random House in New York.

Timberman grew up in Greenwich Village, New York, and is a graduate of Brown University, with a B.A. in History.  She is married to writer/producer Ed Redlich and they have two children.