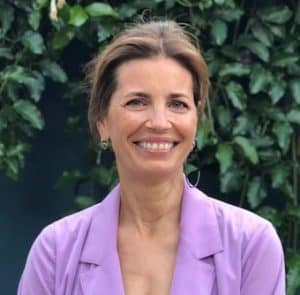 Susannah Grant is an Academy Award®-nominated writer, producer and director whose resume includes film, television and streaming platforms. In features, Grant is perhaps best known for writing the screenplay for the award-winning drama “Erin Brockovich,” which earned her an Academy Award® nomination, a BAFTA nomination and a WGA nomination. Additional feature credits include screenplays for “The Soloist,” “In Her Shoes,” “28 Days,” “Ever After,” “Pocahontas,” “Charlotte’s Web” and “The 5th Wave.” Additionally in 2007, Grant wrote and directed “Catch and Release.”

Her television credits include writing and executive producing HBO’s “Confirmation,” starring Kerry Washington, which earned Grant an Emmy nomination, a WGA award, and the WGA’s Paul Selvin Award. Prior to that, Grant created and executive produced the CBS series “A Gifted Man” and worked as a producer and writer of the Fox series “Party of Five,” which earned a Golden Globe Award and a Humanitas Prize. Grant is an alumna of Amherst College and the American Film Institute, and received the Academy of Motion Pictures Arts and Sciences’ Nicholl Fellowship in screenwriting. In 2011, Grant received the Valentine Davies Award from the Writers Guild of America. She is married to Christopher Henrikson and has two children. Grant serves as executive producer, showrunner, writer and director for Netflix’s 8-episode limited series, “Unbelievable.”

Inspired by the real events in the Marshall Project and ProPublica Pulitzer-winning 2015 article “An Unbelievable Story of Rape” and the This American Life episode “Anatomy of Doubt,” the show revolves around Marie Adler, who files a police report claiming she’s been sexually assaulted by an intruder in her home. The investigating detectives, as well as the people closest to her, come to doubt the truth of her story. Meanwhile, hundreds of miles away, detectives Grace Rasmussen and Karen Duvall meet while investigating an eerily similar pair of intruder rapes and partner to catch a potential serial rapist. Grant serves as showrunner, executive producer and director for the 8-episode limited series, which premiered on the streamer on September 13.

Legal Aid sues New York City, saying that over 100 protestors have been locked up for more than a day without seeing a judge (a number that they have subsequently revised to over 200), which violates New York's 24-hour arrest-to-arraignment requirement. https://bit.ly/36Zfuwp

The @nytimes decision to print a “Send in the Troops” column from Senator Tom Cotton has led to major disagreement from Times’ employees. Cotton's military response to the protest in the column puts Black staffers in danger, they say. https://bit.ly/372M3t7

Prior to the death of George Floyd, the social media app TikTok was perhaps best known for its viral dance videos from teens. Today, it is increasingly used for social commentary and teen activism. Could this be Tiktok's own Arab Spring moment? https://reut.rs/2Mwadmq