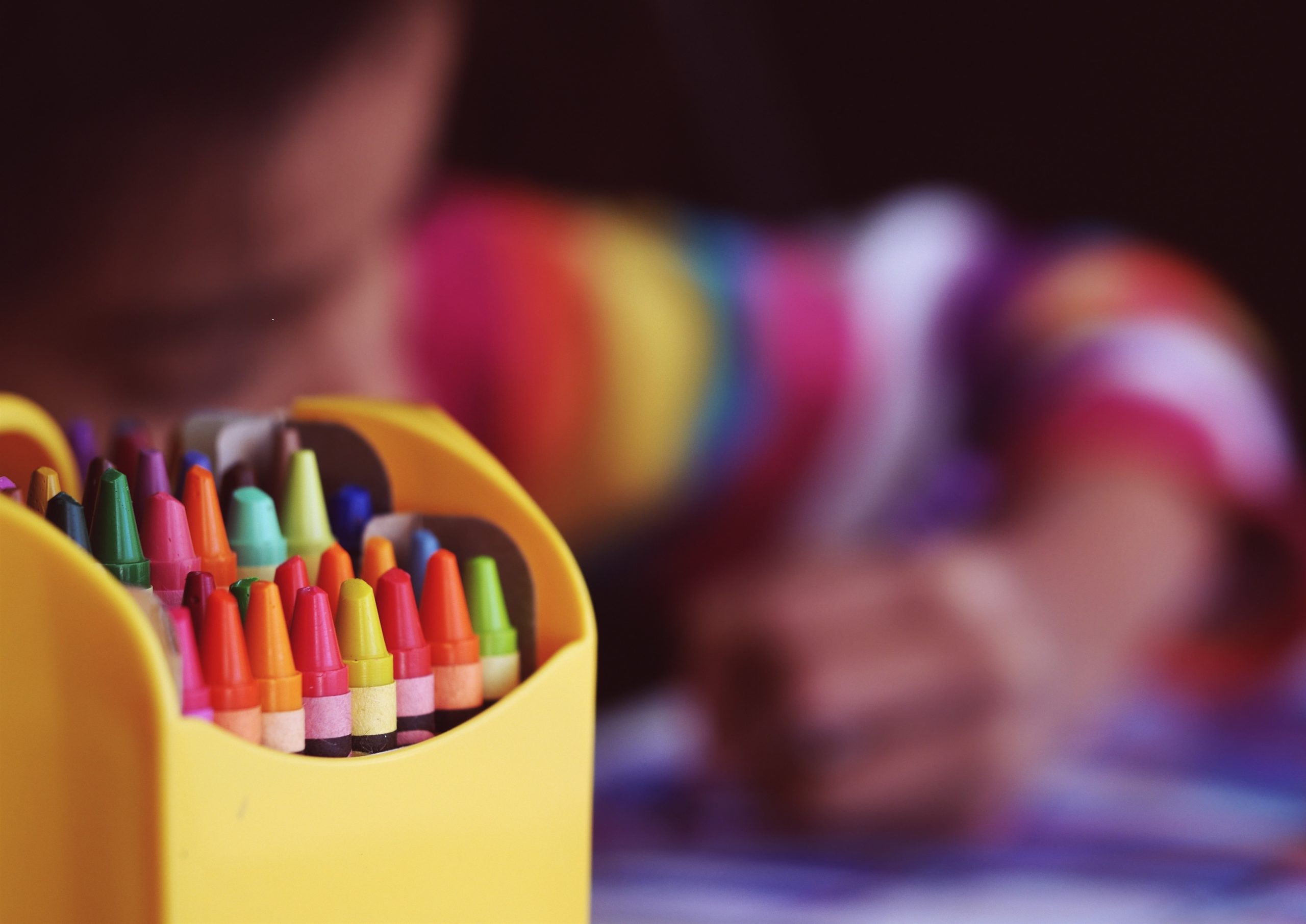 15 Bills Under Consideration in 9 States, Along with Sweeping Book Bans

Last month PEN America reported that 2022 had seen a steep rise in the introduction of educational gag orders. So far this year, 103 different bills have been introduced in state legislatures across the country, many of which target higher education and feature severe punishments. Cumulatively, they represent a national assault on our education system, censoring both what teachers can say and what students may learn.

The effort to censor anti-LGBTQ identities is expanding rapidly

Of the bills currently live, many are progressing quickly through their state legislatures. Florida’s HB 1557, better known as the “Don’t Say Gay” bill, is a typical example. Having won support from Governor Ron DeSantis last week, it was swiftly voted out of the state senate. This bill would prohibit public K-12 teachers from “encourag[ing] classroom discussion about sexual orientation or gender identity” in primary grade levels, as well as teachers in any other grade level from doing so in a manner that is not “age-appropriate or developmentally appropriate for students.” As commentators have noted, HB 1557 would be a magnet for censorious lawsuits, allowing a school’s most conservative parent to dictate what every other student learns.

But Florida’s “Don’t Say Gay” bill is just the tip of the iceberg. While race, sex, and American history remain the most common targets of censorship, bills silencing speech about LGBTQ+ identities have also surged to the fore. Currently, 15 such bills are under consideration in 9 states. This is in addition to the wave of book bans sweeping through schools and public libraries, bans that overwhelmingly target materials dealing with gender and sexuality or that center LGBTQ+ characters. Many other bills currently under consideration target LGBTQ+ students for special scrutiny and exclusion in other ways.

What’s behind this sudden interest in censoring these topics and themes? In reality, it is not very sudden. Rather, what we are seeing in 2022 is a convergence between two distinct but related sets of actors: First, anti-LGBTQ+ activists, well-established but with limited success in penetrating public schools; and second, the “anti-Critical Race Theory” movement. The latter has primed the public to support sweeping censorship of classroom speech. For anti-LGBTQ+ activists, this is a once-in-a-generation opportunity, a chance to ram through bills that are far more restrictive than anything the public would normally accept. The goal is quite simply to lock LGBTQ+ topics on the wrong side of the schoolhouse gate.

No bill better exemplifies this trend than Kansas’s HB 2662. Introduced last week, it appears at first glance to be a typical “curriculum transparency” and “parents’ rights” bill, similar to many others we have seen this year. The first six pages are a long list of rules about curricular materials, where they must be posted, how parents are to be notified, etc., all of it punctuated by occasional broadsides against “racially essentialist doctrines.” In other words, standard “anti-CRT” fare. But tucked back toward the end, HB 2662 also proposes to make a change to the state’s obscenity law, making it a class B misdemeanor for a teacher to use any material in the classroom depicting “homosexuality.” Note well: not sexually explicit depictions of homosexuality. Just homosexuality in general.

Bills like this are piling up. South Carolina’s H 4605 begins by enumerating a now-familiar list of concepts to be prohibited in the classroom (e.g. that “one race or sex is inherently superior or inferior to another race or sex”), but abruptly shifts halfway through to forbid teachers from “subject[ing]” students to “controversial and age-inappropriate topics” like “gender identity or lifestyles.” Indiana HB 1040 operates similarly: The bill contains 19 pages of rules about race, sex, and American history, before declaring on page 20 that teachers would be prohibited from discussing in any context “sexual orientation,” “transgenderism,” or “gender identity” without parental consent.

The list goes on. A bill introduced last month in Indiana would require schools to consult with parents before inquiring about a student’s preferred pronouns. Arizona HB 2011 would force students to seek their parents’ permission before joining any school club “involving sexuality, gender or gender identity.” As a result, gay and bisexual students seeking support from their classmates would essentially have to out themselves to their parents first. HB 800 in Tennessee would prohibit public K-12 schools from adopting any instructional materials that “promote, normalize, support, or address lesbian, gay, bisexual, or transgender (LGBT) issues or lifestyles.” And under North Carolina’s S 514, teachers and college faculty would have to report to a parent if their child displays signs of “gender nonconformity.” This last bill has stalled in the state senate, but it remains live and a renewed push could come at any time.

Everywhere across the country, anti-LGBTQ+ advocates and the “anti-CRT” movement are converging. The more that lawmakers warm to classroom censorship, the more anti-LGBTQ+ activists will seek to exploit that fact. And as the “Don’t Say Gay” bill’s speedy progress in Florida shows, this strategy can be successful.

Perhaps no state has gone further or with greater speed than Oklahoma. As of today, lawmakers there are considering ten separate educational gag orders of varying scope and severity. Of the five most extreme, all contain major implications for how teachers, librarians, and school administrators talk about LGBTQ+ identities.

The first is SB 1142. If passed, public school libraries would be prohibited from placing on the shelf any books that:

make as their primary subject the study of sex, sexual preferences, sexual activity, sexual perversion, sex-based classifications, sexual identity, or gender identity or books that are of a sexual nature that a reasonable parent or legal guardian would want to know of or approve of prior to their child being exposed to it.

SB 1654 contains a similar ban (no library may distribute any materials that “make as their primary subject the study of lesbian, gay, bisexual, or transgender issues or recreational sexualization”), but extends the prohibition to teachers.

Higher education is being targeted as well: SB 1141 would bar public colleges and universities from requiring students to enroll in any course “that addresses any form of gender, sexual, or racial diversity, equality, or inclusion.” This bill supplements HB 1775, which was passed in Oklahoma last year and applies a similar ban to college training and counseling. That law has already chilled classroom instruction on race and sex, as detailed in a federal lawsuit filed by the Oklahoma ACLU.

Lastly, there are two Oklahoma bills that, while not addressing LGBTQ+ related issues explicitly, would nevertheless likely expel all mention of them from the classroom. SB 1470 forbids public schools from employing any person who “promotes positions in the classroom or at any function of the public school that is in opposition to closely held religious beliefs of students.” And HB 614 requires colleges and universities to offer an “unbiased education that does not endorse, favor, promote, demean, show hostility toward or intentionally undermine any particular religion, nonreligious faith or religious perspective.” If passed, the bill would also establish a hotline that students can use to report a professor who besmirches their faith. Again, these bills do not mention LGBTQ+ identities explicitly. Nevertheless, it requires little imagination to see how they could silence any discussion of such topics, to say nothing of conversations about natural history, cosmology, or biology.

It is important to understand that to their supporters, these bills are not extreme. On the contrary, they are the natural extension of the “anti-CRT” movement and its critique of classroom “indoctrination.” State senator Robert Standridge, for example, justified his support for SB 1142 this way:

The purpose of our common education system is to teach students about math, history, science and other core areas of learning – all of which are further expanded on in college as students pursue their fields of interest. Unfortunately, however, more and more schools are trying to indoctrinate students by exposing them to gender, sexual and racial identity curriculums and courses. My bill will ensure these types of lessons stay at home and out of the classroom.

This sort of “indoctrination” argument opens the door to all manner of classroom censorship. Anti-CRT activists did not invent it, but they certainly have made it popular. And in the wake of their success, many more ideas and values will be targeted for exclusion next. After all, LGBTQ+ identities are clearly regarded by some as “divisive concepts.” If systemic racism is unfit for classroom discussion, what is the principled argument against censoring conversations about homophobia too?

From book bans to educational gag orders, schools and universities are being threatened today to a degree that has no recent parallel. There is a willingness, and even eagerness, to bring the weight and power of government to bear on controlling classroom speech. And as is always the case in such times, students will be the ones to pay the price.

This update from PEN America was compiled by Jeffrey Sachs and Jonathan Friedman.

TONIGHT: We join a powerful cohort of mis/disinfo experts and civil society organizations including @CommonCause @UltraViolet @UCSUSA to discuss best messaging strategies for fighting election disinfo in the lead up to November's midterms. https://bit.ly/3ueMQnZ

This is an absurd and unacceptable case of prior restraint--the injunction should be overturned immediately and the @HeraldTribune free to publish their reporting. #pressfreedom https://twitter.com/uspresstracker/status/1538952321639538689