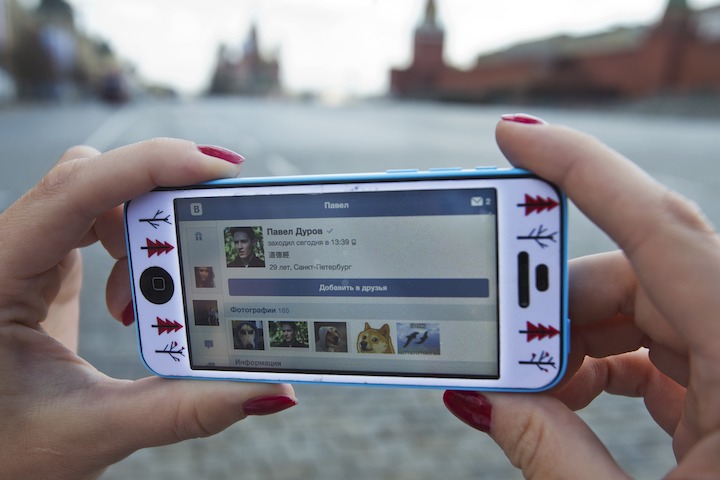 The acquisition of Russia’s most popular social network by a close ally of President Vladimir Putin puts another nail in the coffin for free expression in the country. On December 2, it was announced that VK, previously known as VKontakte, had been sold to state-run insurer Sogaz, partially-owned by close Putin associate Yury Kovalchuk.

Is this a normal, market-dictated development? VK wasn’t bringing its previous owner, Russian billionaire Alisher Usmanov, much financial profit. But the Russian government likely has its eye on a different prize. VK already has a track record of misusing user data to enable government repression of dissenting voices, and this change of ownership could essentially remove the middleman, putting the data of a hundred million Russians directly in the government’s hands.

And it’s important to remember that changes in this Russian social network will inevitably affect not just Russia but the whole Russian-speaking world. When VK creator Pavel Durov was leaving the company in 2014, he explained that the Russian government had pressured him to provide information about users who were supporters of the ongoing Ukrainian revolution. “Revealing the personal data of Ukrainians to the Russian authorities would not only be a violation of the law, but also a betrayal of all those millions of Ukrainians who trusted us,” stated Durov. In May 2017, 76.1 percent of Ukrainians with internet access used VKontakte. The network was blocked in Ukraine under President Petro Poroshenko, which lowered this number to 22 percent as of December 2019. Still, with the current threat of invasion by Russia, Ukrainians could be the first to have their personal data stolen after the recent change in VK ownership.

VK’s suspected cooperation with Russian secret services has been in the news since 2011. During the protests on Bolotnaya Square, dozens of activists were severely beaten and eventually received draconian criminal sentences for participating in the protests, and many suspect the use of VK data in tracking and punishing these individuals.

But now that the Russian state has full control over VK, more comprehensive, retroactive, and real-time access may be possible. The acquisition may also be seen as a move to quash future dissent from those who may have engaged in politically suspect activities or associations on the platform, which Russia can now mine.

In 2006, when Vkontante launched, it still seemed like social media would be a space to speak freely and connect with others. Just like Facebook, VK was created by a young person, Pavel Durov, fresh out of college. I myself was in my early 20s at the time, and everyone was Vkontakte (“in contact” in Russian)—it was exciting how quickly one could build a network and reach substantive audiences with posts, music, and photos. VK’s founder eventually left the post of CEO in 2014 and sold his shares—largely to businesses closely tied to Putin and his circle. Since then, the network has come under further attack for collaborating with security services. In 2018, Poekt Media documented at least five cases in which VK had provided data on users to Russian security services, resulting in criminal charges.

Today, the new owners have already chosen a candidate for the new VK CEO. Vladimir Kirienko is a son of Sergei Kirienko, the first deputy head of the presidential administration. After the 2018 presidential elections, which was responsible for numerous electoral violations, Putin expressed gratitude to Vladimir Kiriyenko “for his active participation in ensuring a high level of technical equipment for the elections.”

But even beyond Russia’s borders, the increased consolidation of control of the online space under Putin and his cronies should worry all who care about a free and open internet. As we at PEN America documented in our report, Splintered Speech: Digital Sovereignty and the Future of the Internet, such contention over control of online spaces risks resulting in “the subversion of the internet’s continued potential as a space for expression, emancipation, and cultural exchange.” These are concepts already under grave threat in Russia, and in the face of authoritarian expansion across the globe, failure to pay attention to a lost battle like the purchase of VK means risking losing the war.