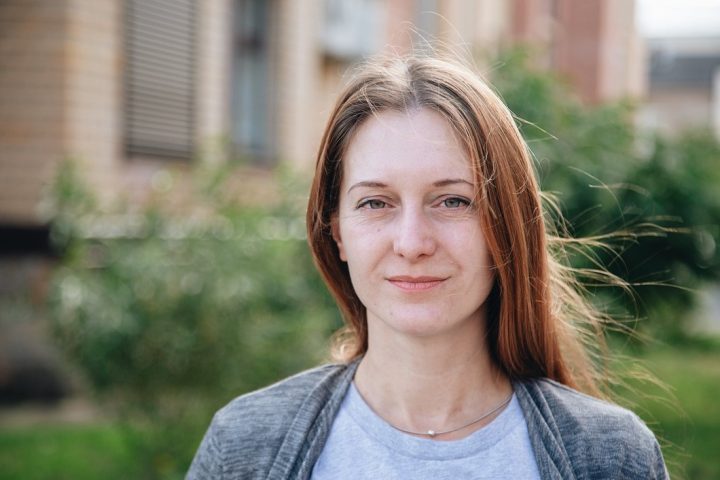 Earlier this spring, a court in the city of Pskov, Russia near the Estonian border restarted its hearings in the case of journalist Svetlana Prokopieva. Charged with “public justification of terrorism,” her case is emblematic of just how broken the Russian system is.

In November 2018, Prokopieva, a correspondent for Radio Free Europe/Radio Liberty (RFE/RL) and Echo of Moscow, made a comment on air about a suicide bombing that had been carried out a month prior at an FSB building in Pskov by a 17-year-old. A day before the accident, the suspect, Mikhail Zhlobitsky, explained his actions by posting a note on Telegram, saying that “the FSB fabricates cases and tortures people.”

While commenting on the incident, Prokopieva linked it to the social and political situation in Russia, and said that as a result of the state’s ongoing restrictions on political and civil liberties, there are no outlets for political activism. She argued that the state, through its actions and policies, provoked an act of violence against itself. Almost immediately, a criminal case was initiated against her on the basis of public justification of terrorism, which carries a penalty of up to seven years in prison.

On June 15, the day preceding the trial, Prokopieva published a statement, which is translated below in full. (Click here to read Prokopieva’s statement in the original Russian.) Prokopieva’s case is worryingly emblematic of the free expression situation in Russia and the closing space for anyone to freely voice their opinion, especially if their opinion is a criticism of the government. The international community must speak out to defend Prokopieva against these unjust charges.

The state is becoming harsher and more repressive, and criminal cases that justify terrorism are multiplying. The reasons behind them are becoming more and more absurd.

Tomorrow, at one o’clock in the afternoon, the trial for my own criminal case begins. In just a year and a half, the public is already fed up—all these never-ending reminders about freedom of speech and the persecution of journalism, etc. (I want to remind you that I’m being sued for voicing my opinion, for professional journalistic work, for trying to understand and forewarn.) Plus, there’s also coronavirus, which is of a totally different scale of concern.

But still, I ask you all to watch over this process. I think it’s important not just because it’s my life, but for the following reasons.

In the column “Repression for the State,” I wrote about how a powerful authority uses tools of force to restrict civil liberties. Since then:

But, you know all of this already. In other words, the state is becoming harsher and more repressive, and criminal cases for justification of terrorism are multiplying. The reasons behind them are becoming more and more absurd. Already, there’s no space to pity Zhlobitsky or carefully analyze his terrorist act. Nadezhda Belova is being persecuted for news commentary. Lyudmila Stech—for a repost without a single word of her own. The new case of Alexey Shibanovis also striking; we will write about it later. More hell.

The pathos of my column was this: Look what happens when you close the gate. Plainly, the idea was: If you don’t let the energy of protests come out in the open legally, in its legally-prescribed way (meetings, protests, elections), then the protester is radicalized and becomes extreme, and this is terrifying.

The siloviki [political strongmen, or securocrats] definitely saw a threat, but they decided that the threat was me, that they needed to fight me and not some abstract radicalization. As though if you don’t discuss the problem, then the problem isn’t really there. But the problem is there. And it’s not going to resolve itself on its own. The stronger and dumber the repression, the angrier the protest, especially if it’s driven deep inside. And the spiral twists further.

In theory, in order for all the madness to stop, just one judge is enough—one who will make a decision according to common sense and the spirit of the law. Just one prosecutor is enough to refuse an absurd charge. And even just one investigator is enough to halt any such case for a lack of evidence. But this is fantasy, darling.

The reality is that journalists are tried for their work. Of course, it’s even scarier when they are murdered or maimed—but then it’s a crime, and the criminals are even pursued and punished. But in this case, everything is within the law.