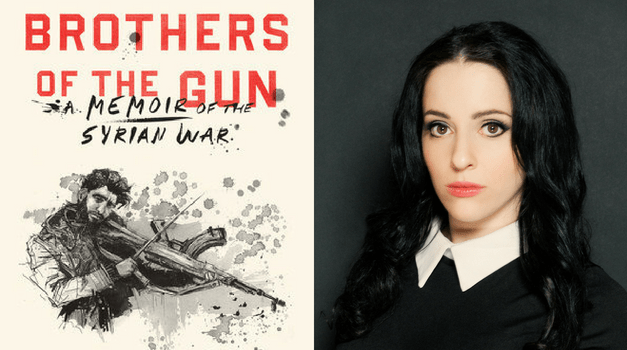 May’s PEN Out Loud event will bring together artist and activist Molly Crabapple, who co-wrote and illustrated Marwan Hisham’s new memoir Brothers of the Gun, and Alexis Okeowo, author of A Moonless Starless Sky: Ordinary Women and Men Fighting Extremism in Africa, winner of the 2018 PEN Open Book Award.

Together, these writers navigate the intricacies of writing war, and in advance of this event Molly Crabapple recommends her top five books on the Syrian conflict, which she relied upon while working with Syrian journalist Marwan Hisham to co-write and illustrate his memoir of the Syrian war.

PEN America has advocated for many years on behalf of imprisoned and imperiled journalists and writers worldwide, and you can find more information on the Syrian writers we have campaigned on behalf of here.

To continue the conversation, join PEN America in New York City on May 24 at the Strand Book Store, for PEN Out Loud: Writing War with Molly Crabapple and Alexis Okeowo. Tickets for the event are available here.

No Turning Back: Life, Loss, and Hope in Wartime Syria by Rania Abouzeid
Amazon | Indiebound 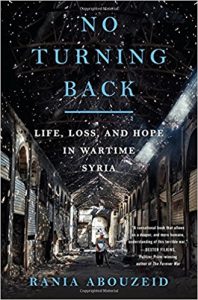 In this unflinching book, Rania Abouzeid presents an honest account of the Syrian conflict based on five years of clandestine reporting in Syria. Beginning with the 2011 protests in Daraa, No Turning Back follows people caught in conflict, ranging from hopeful revolutionaries, a poet turned militia commander, a nine-year-old girl left behind after her father fled, and many more. This book delivers a candid picture of a war-torn country, guiding the reader carefully through the ethnic, religious, and political intricacies of this conflict. 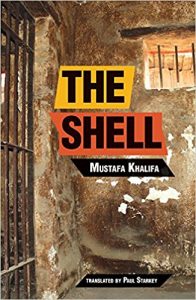 This masterful debut was compared to the work of Solzhenitsyn upon its publication, and is a fictionalized account of the 12 years Mustafa Khalifa spent wrongfully imprisoned in one of the harshest prisons under the Bashar al-Assad regime. As brutal as it is necessary, Khalifa’s story is a powerful account of human resilience and the horrors faced by Syrian prisoners. 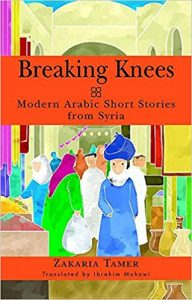 Breaking Knees is a collection of microfictions that capture the complexities of Syrian life via an intersectional look at religion, politics, and sexuality. Its underlying theme is repression: men repressing women, the state and religious institutions repressing the people, and the people repressing each other. The stories are whimsical and darkly humorous, ranging from a man having a conversation with two apples about political oppression to a woman who is saved from stoning because there are no cobbles on the street. 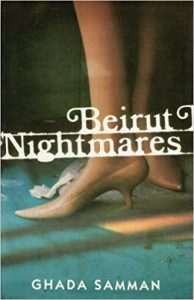 This novel takes place at the height of the Lebanese Civil War, told from the perspective of a woman who is trapped in in her apartment for two weeks because of sniper fire in the streets. The book unfolds in a series of hallucinatory vignettes that take on gender, class, and power imbalance in a powerful commentary on a war-torn world. 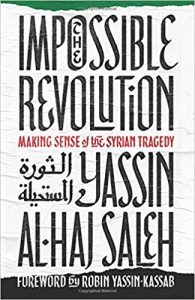 The Impossible Revolution is a nuanced look at the Syrian struggle from one of Syria’s foremost leftist thinkers. Yassin al-Haj Saleh was imprisoned for 16 years as a political dissident, and now spends his days in exile in Turkey, advocating on behalf of Syria. This, his first book in English, offers critiques and analysis on the country’s destruction and an insider’s view on how the Syrian war has affected the Syrian people and the rest of the world.