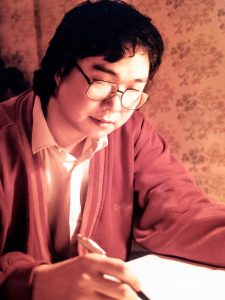 Gui Minhai, a Swedish book publisher, is currently in detention in Ningbo, China. He has been held against his will since October 2015, when Chinese security agents kidnapped him from his vacation home in Thailand and illegally rendered him to China.

Gui is reportedly suffering symptoms of the neurological disease ALS—symptoms he reportedly did not have before being forcibly taken into Chinese state custody—but China has refused to allow him to be examined by a Swedish doctor. In January 2018, Chinese agents intervened to prevent Gui from traveling to Beijing to visit a doctor, even while Gui was in the presence of Swedish consular officials.

Gui’s newest detention is the latest in a series of terrifying, unjust, and sometimes even surreal developments that have befallen him over the past three years. Gui is a member of the unfortunate fraternity of booksellers known as the “Causeway Bay Bookstore Five.” These five booksellers were all detained or kidnapped in late 2015 by Chinese security agents, apparently for their connection to a Hong Kong bookstore and publishing company that offered books which painted unflattering depictions of Chinese leaders. The members of the Causeway Bay Bookstore Five were missing for weeks or even months before the Chinese government finally acknowledged it had them in custody, in early 2018.

During their detention, the members of the Causeway Bay Bookstore Five all participated in televised interviews during which they “confessed” to various “crimes,” including “illegal business activity,” an apparent reference to their sale of these unflattering books. (Such books, it should be noted, are completely legal within Hong Kong, where the Causeway Bay Bookstore has operated.) Numerous international observers, including PEN America, have concluded that these confessional videos were staged by the government and that the testimony of the booksellers was coerced.

(You can read more about the Causeway Bay Bookstore disappearances in PEN America’s 2016 report, available here.)

Gui’s colleagues were all released from detention in 2016, but Gui remained detained and separated from the outside world. Gui was finally briefly released in October 2017, into a form of closely monitored house arrest.

However, he was re-detained in January 2018, when Chinese security officers removed him from the presence of Swedish consular officials as he was traveling for a medical examination. China has since refused to allow a Swedish doctor to see Gui Minhai, claiming—incredibly—that Gui himself has asked not to see a Swedish doctor.

Chinese authorities have claimed that Gui’s newest detention is based his “possession of state secrets.” This is yet another impossible-to-believe claim, given that he has spent the past two-plus years in Chinese custody after being forcibly transported to China against his will.

In February 2018, Gui Minhai again appeared in a “confessional” video, in which he accused Sweden of politicizing his case and manipulating him. This video is yet another clear example of a staged “confession” resulting from the coercion of Chinese security agents. Observers have noted that Gui is missing a tooth in his most recent video, and Chinese authorities have not explained how this apparent injury occurred.

PEN America has repeatedly called upon the government of the People’s Republic of China to free Gui Minhai and to permit him to return home to his family. That call is even more urgent given the serious concerns for Gui’s health.