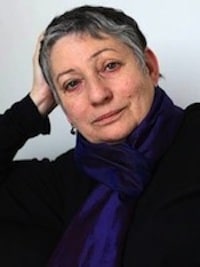 I don’t speak for any writer’s or social organization, and I even quit Russian PEN, so my opinion is exclusively private. I don’t represent anyone but myself. But I am not the only person who has concerns about the further development of relations between the authorities and society; everyone I know is concerned.

Russian political and social life in 2016 strongly differs from life in 2012. Mass public demonstrations collapsed in full after the repressive measures that were taken out on the participants and organizers of the events of 2012, the so-called Bolotnaya Square case. And, although this repression has only affected a few dozen people so far, there is no guarantee that these measures won’t increase. Fear in the face of the government and its punitive branches has returned. This is an all-too-familiar feeling for people of my generation.

Among my friends there have always been many wonderful people who gave all their strength to volunteer work like hospice care and in other more complex social spheres. Today, it seems to me the general tendency is that, rather than go to rallies, people are shifting in the direction of personal philanthropy, primarily related to medicine, which is in dire straits. This is the area in which state institutions severely underperform. There are numerous foundations, and they bring many benefits to the members of our society who are most at risk.

One of the most sensitive issues connected with the work of these foundations is the law regarding NGOs: foundations that work exclusively on social activities can be recognized as “foreign agents.” The atmosphere in the country is changing, and today, when there is practically no independent media remaining and radio and television channels are very tightly controlled, intellectual life, from my own observations, has partially returned to the familiar forms of the ’70s and ’80s: the “kitchen get-together” format. Intellectual life is not dormant, but rather has shifted to uncensored locations.

The period of mass protests has ended. Today only reckless individuals decide on social action.

But, despite the fact that the protest movement has been almost completely suppressed, it appears to me that charitable and humanitarian movements continue to grow, and I associate them with hope for survival. I could name dozens of these organizations, large and very small, but, frankly, I don’t want to draw undue interest to them from the government.

Personally, my rules for living have not changed in any way: whenever I see a possibility to help an effort that seems worthy to me, I take part in it to the best of my ability. So I tried to live before, and today’s tougher situation hasn’t changed anything for me.