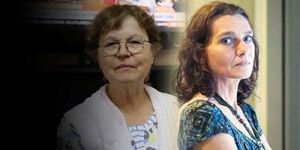 Turkey’s respect for press freedom and free expression has dramatically worsened in the wake of an attempted coup in July 2016. More than 100 writers and journalists are behind bars while many others are facing travel bans, legal charges, or other harsh restrictions. The case against nine staff members and associates of Özgür Gündem, a pro-Kurdish newspaper that authorities shut down in August 2016, started on December 29, with prosecutors seeking aggravated life sentences for those charged with propaganda for a terrorist organization.

In a small initial victory for free expression, prominent writer and journalist Asli Erdoğan and distinguished translator Necmiye Alpay were granted a provisional release from detention after spending more than four months behind bars. In August, PEN America initiated a petition to Turkish President Recep Tayyip Erdoğan (no relation to Asli Erdoğan) demanding an end to attacks on writers, and in October the PEN America Translation Committee petitioned again on behalf of Alpay. Now, PEN America calls for all charges to be dropped against those accused in the case.

As Necmiye prepares for her trial, write her a letter to show that writers and readers around the world stand with her. Write your letter here »