This year, the career achievement awards recognize two visionaries whose influence has resonated across generations, and a playwright whose recent theatrical-form-exploding work has provoked urgent conversations. These artists have challenged convention, shaped culture, and inspired us with daring and original works on the page, stage, and screen. They are celebrated commentators of our times whose stories reveal us to ourselves and will continue to resonate deeply.

Selected by panels of dedicated judges at the forefront of their fields, these honorees have the power to awaken empathy and define public discourse. You can learn more about the 2022 PEN America Literary Awards judges here.

The 2022 career achievement awards will be celebrated at the 2022 Literary Awards Ceremony, held on February 28 at 8pm ET at The Town Hall in New York City.

Conferred annually to a living author whose body of work—either written in or translated into English—represents the highest level of achievement in fiction, nonfiction, poetry, and/or drama, and is of enduring originality and consummate craftsmanship. The writer’s work will evoke to some measure Nabokov’s brilliant versatility and commitment to literature as a search for the deepest truth and highest pleasure—what Nabokov called the “indescribable tingle of the spine.”

Ngũgĩ wa Thiong’o is a transformative figure in African literature. For nearly sixty years, he has been committed to telling the stories of a country and a people whose political destiny was brutally interrupted by outsiders. In novels like Weep Not Child, A Grain of Wheat, The River Between, and Wizard of the Crow he has portrayed with great honesty and sensitivity the lasting divisions that colonial rule sowed within families and cultures, the damage wrought by the dictatorships that followed independence, and the joys of finding freedom in all its forms—personal, political, and linguistic.

In 1977, when he was held without trial in the maximum-security prison at Kamiti, he used toilet paper to write Devil on the Cross, not in English, the language he had used until then, but in Gikuyu, his mother tongue. His refusal to be silenced and his insistence on the value of indigenous languages has inspired a generation of younger writers. His analysis of language and power in Decolonizing the Mind continues to provoke spirited debate many decades later. Between The Black Hermit, a play staged in 1962 by the traveling theatre of Makerere University in Kampala, to The Perfect Nine, a novel-in-verse published by the New Press in 2020, he has produced dozens of novels, short stories, plays, and memoirs that weave myth and folklore, wisdom and humor. The 2022 PEN/Nabokov Award for Achievement in International Literature goes to Ngũgĩ wa Thiong’o.

A comedy pioneer, screenwriting legend, trailblazing auteur, and singular presence on stage and screen, Elaine May’s brilliance and originality have delighted audiences and influenced other artists for decades. Throughout her work, an extraordinary comedic instinct illuminates our very humanity.

May first came to national attention with Nichols and May, her groundbreaking comedy act with Mike Nichols. The duo perfected the art of improvisation and in doing so changed the nation’s expectations of comedy and, indeed, its sense of humor. After Nichols and May ended in 1961, May wrote several plays, including the celebrated one-act Adaptation. She made her Hollywood directorial debut in 1971 with A New Leaf, which she also wrote and starred in. The only woman director working in the studio system at the time, she stood out immediately as an artist of high caliber and daring ideas. Her subsequent films, including The Heartbreak Kid, Mickey and Nicky, Heaven Can Wait, and Ishtar, revealed a visionary range and complex expressions of human relationships. As a screenwriter she was twice nominated for Academy Awards, for Heaven Can Wait and Primary Colors.

As an artist, May transcends any single designation. In 2019 she received a Tony Award for Best Actress in a Play for her portrayal of Gladys Green in The Waverly Gallery, written by Kenneth Lonergan. Writing in Variety, playwright, screenwriter, and director Lonergan said, “Elaine is one of the few polymaths I can think of who does everything she does not only with talent but with genius.”

From comedy to drama, as a writer, performer, and director, Elaine May’s work reveals us to ourselves. Throughout her multifaceted career, her contributions to film, television, and theater have thrilled, surprised, and inspired, and her emotionally grounded comedy has invited recognition and reflection. May’s unmatched instinct for storytelling, commitment to artistic excellence, and extraordinary versatility make her a defining figure in contemporary culture. 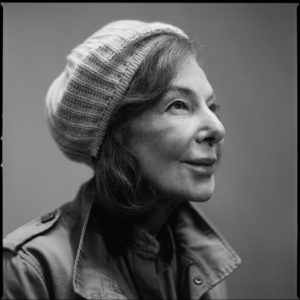 Conferred annually to an American playwright with an outstanding voice, and working indisputably at the highest level of achievement. Recognizes excellence in American theater and the playwright’s literary accomplishments, apparent in the rich and striking language of their work.

Jackie Sibblies Drury is an artist who gives voice to the voiceless, exploring freshly investigated worlds from the inside out so that they become part of the natural landscape of the theater. With courage, steadfastness, and thoughtfulness, she shifts the theater panorama to encompass new vistas of race, class, and exploded perspective into what traditionally have been rigid environments.

Sibblies Drury is exceptional among her peers in her finely honed ability to innovate in both form and content simultaneously. The underlying thread that ties these impulses together is her clear interest in jolting the audience into fresh awareness, both of the issues she explores in the plays and of the nature of the theatrical event itself. Her plays make the case that the dynamism and circularity of the theatrical experience cannot be easily duplicated in other media. With deep insight, brutal honesty, and wild invention, Sibblies Drury cracks open the audience’s biases and expands their imaginations. The panorama of theater transforms and invites theater-goers into a normalcy that had hitherto been pressed into the margins. It, however, is the true universal. Sibblies Drury brings it to the fore with imagination and inventiveness that make no apologies. With a deft hand, stark vision, and genuine ardor, she asks the world to make itself comfortable in the fruitful discomfort she creates. Sibblies Drury brings thorough intellectualism balanced with emotional timbre to her artistic expression. The judges are honored to illuminate her work with this award. We hope that she continues to open doors to colorful worlds, inviting the theater-goers of America to the realities—and the challenges—of a polycultural reality. 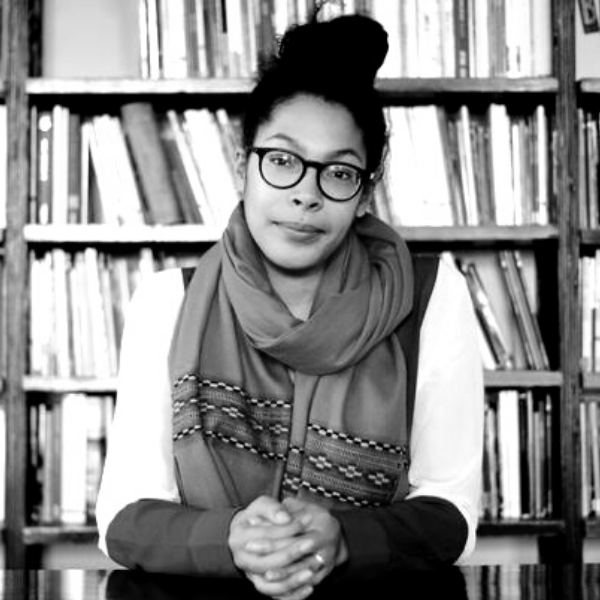