Actress Candice Bergen will present the 2022 PEN/Mike Nichols Writing for Performance Award to Elaine May in recognition of her unparalleled contributions to American film, television, and comedy. Writer and activist Ngũgĩ wa Thiong’o will receive the PEN/Nabokov Award for Achievement in International Literature, and the PEN/Laura Pels International Foundation for Theater Award will be presented to playwright Jackie Sibblies Drury by Lileana Blaine-Cruz and Sarah Benson. Quincy Tyler Bernstine will perform scenes from Drury’s Marys Seacole.

For over five decades, PEN America’s Literary Awards Ceremony has honored the creators and the works that shape our culture. This year, PEN America will confer $350,000 to writers and translators. Learn more about the 2022 Literary Awards Judges and view the 2022 Finalists.

Join us for an evening of writers celebrating writers, in what host Seth Meyers has called “the Oscars for books.”

The 2022 PEN America Literary Awards Program and Ceremony recognize the generous signature sponsorship from the JKW Foundation, in memory of Jean Stein and her extraordinary contributions to literature.

Ticket sales both guarantee seats for those who want to join, and help us to present this extraordinary evening of celebration. All proceeds from ticket sales will support our Literary Awards, Grants, and Fellowships Programs, which provide vital recognition and transformative support to writers at all stages of their careers.

Per current mandatory health requirements from the City of New York, all attendees must present proof of a COVID-19 vaccination and ID in order to enter the venue and attend the show. In attending the event, you certify and attest that you and all individuals in your party attending the event will abide by the following regulations:

Town Hall is deeply committed to the health and safety of audiences, performers, and staff. Among many enhancements, they have now upgraded their auditorium ventilation systems with MERV 13 filters, created a contactless experience for guests entering the theater, and established rigorous cleaning and sanitation protocols. 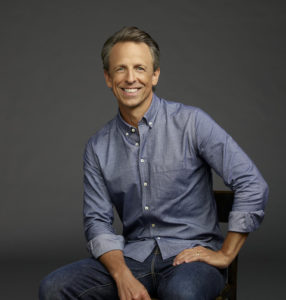 Seth Meyers is an Emmy Award-winning writer and host of NBC’s “Late Night with Seth Meyers.”

In 2019, he released his debut standup special, “Lobby Baby,” on Netflix, which was Emmy-nominated for Outstanding Writing for a Variety Special. In 2021, he received an Emmy nomination for Outstanding Short Form Comedy, Drama or Variety Series for his weekly “Late Night” YouTube series, “Corrections,” which debuted in the same year.

Meyers began his TV career with “Saturday Night Live” in 2001, where he was a cast member for 13 seasons. He served as head writer for nine seasons and “Weekend Update” anchor for eight. In 2011, Meyers won the Emmy for Outstanding Original Music and Lyrics for host Justin Timberlake’s musical monologue. In all, Meyers has garnered 27 Emmy nominations for his work in television.

Meyers hosted the 2010 and 2011 ESPY Awards on ESPN and headlined the 2011 White House Correspondents’ Assn. dinner to rave reviews. 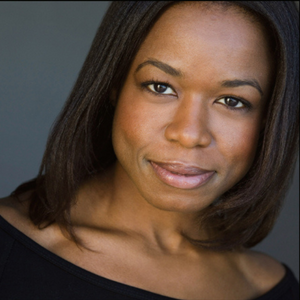 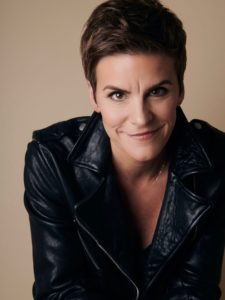 Jenn Colella recently starred in the Tony Award-winning smash hit musical Come From Away as ‘Beverley/Annette and others,’ in a performance that garnered her 2017 Outer Critics Circle and Drama Desk Awards and a 2017 Tony Award nomination for Best Featured Actress in a Musical, as well as Craig Noel, Helen Hayes and Dora Awards for pre-Broadway productions of Come From Away. Jenn won a Grammy Award for her work on the Dear Evan Hansen cast recording. She has been previously seen on Broadway in If/Then, Chaplin, High Fidelity and Urban Cowboy (Outer Critics Circle Award nomination), Off-Broadway in Beebo Brinker Chronicles, Lucky Guy, Slut and Closer Than Ever. Jenn’s select regional credits include Come From Away (La Jolla Playhouse, Ford’s Theatre, Toronto), Peter Pan (Sacramento Music Circus & PCLO) and Side Show (Kennedy Center). TV credits include “Feed the Beast,” “Elementary,” “All My Children,” “Rescue Me,” “The Good Wife,” “The Code,”  “Madam Secretary,” and “Evil.”  She has been seen on film in Uncertainty with Joseph Gordon-Levitt and stars in the live capture film of Come From Away on Apple Plus, streaming now. Jenn Colella is an MFA Acting graduate of UC Irvine. 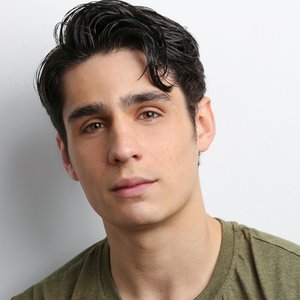 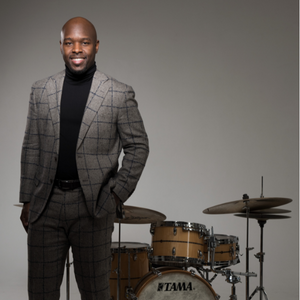 Ulysses Owens, Jr. is heralded as a “powerhouse of a showman” (Glide Magazine), a “legitimate jazz triple threat” (Critical Jazz) and a drummer who “take[s] a back seat to no one” (The New York Times), performer, producer and educator Ulysses Owens Jr. goes the limit in the jazz world and beyond. He is a recipient of a 2013 ASCAP Plus Award, 2014 Global Music Award and a 2015 Jazz at Lincoln Center Swing! Award. With four successful albums of his own (It’s Time for U, Unanimous, Onward and Upward, and Falling Forward) Owens has also gained special attention for his performances on the Grammy award-winning albums Dedicated to You (Kurt Elling) The Good Feeling (Christian McBride Big Band.) As an author Ulysses has penned multiple articles for publication and published a Hallmark Drum instructional book titled Jazz Brushes for the Modern Drummer: An Essential Guide to the Art of Keeping Time. His second book is The Musicians Career Guide: Turning Your Talent into Sustained Success. In addition to his work as an author and musician, Ulysses serves on the Faculty at The Juilliard School, serves as the Artistic Educator in Residence at Savannah Music Festival. His passion project is his role as the Artistic Director for his family’s non-profit organization, “Don’t Miss A Beat,” in Jacksonville, Florida that utilizes the arts as a bridge to a better life for “At-Hope” students. 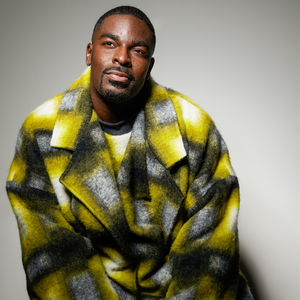 Kyle Taylor Parker has been wowing audiences on Broadway for years with his dynamic presence, mega-watt smile, and a vocal tone that’s both rich and bright. Kyle  made his Broadway debut in the Tony Award-winning smash hit musical, Kinky Boots in the role of “Angel.” He later earned rave reviews across the country by originating the role of “Lola” in the musical’s first national tour (IRNE Award “Best Visiting Actor in a Musical”) before returning to Broadway to replace Billy Porter in 2015. He was in the original casts of Charlie and the Chocolate Factory on Broadway, Smokey Joe’s Café (Chita Award) and Finnian’s Rainbow Off-Broadway, the world premiere of My Very Own British Invasion, and Jesus Christ Superstar LIVE in Concert on NBC. A fan of musical theater since childhood, Kyle grew up in Wisconsin listening to both Broadway cast albums and Motown records – a combination that inspired him to make his solo recording debut with the release of “Broadway Soul, Vol. 1” on the Broadway Records label in 2019, followed by Vol. 2 in 2021. Previously, Kyle performed on a track for “Wish: The Anderson & Petty Holiday Album” (Barry Anderson and Mark Petty) and is currently playing Happy Man/Mr. Thompson on the First National Tour of Pretty Woman The Musical.