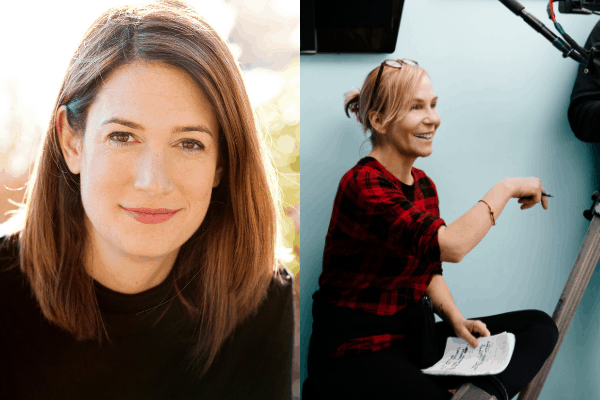 PEN America will present award-winning Sharp Objects writers Marti Noxon and Gillian Flynn with the Award for Teleplay Excellence at the 2018 LitFest Gala in Los Angeles. They join previously announced honorees, Academy Award Winning writer-director Barry Jenkins, who will receive the Award for Screenplay Excellence, globally lauded artist Ai Weiwei, who will receive the Artistic Expression Award, and PEN America Trustee Marvin Putnam, recipient of the Distinguished Leadership Award. My Favorite Murder creators and authors of the forthcoming book Stay Sexy & Don’t Get Murdered, Karen Kilgariff and Georgia Hardstark, will host the ceremony on November 2 at the Beverly Wilshire Hotel.

With hundreds of hours of television under her belt, Marti Noxon is one of the most prolific writer-producers in television today. This year, with five series on the air, Noxon continued to make her mark through distinct and powerful storytelling. While each project is vastly different from one another, Noxon’s work as a creator remains reflective of the honest, raw, and timely female-driven content that she’s built a career on. Her most recent projects were a pair of high-profile prestige dramas that debuted this summer: HBO’s limited series Sharp Objects and AMC’s Dietland. Sharp Objects, which Noxon adapted from Gillian Flynn’s best-selling novel, is a psychological thriller that offers a haunting look at complicated family dynamics and the human tendency toward self-destruction. Dietland, based on Sarai Walker’s fan favorite novel of the same name, is an extraordinarily timed satire examining the journey to self-awakening while exploring a multitude of issues faced by women today, including patriarchy, misogyny, rape culture, and unrealistic beauty standards. Prescient and powerful, both series perfectly demonstrate Noxon’s ability to tell compelling stories that feature nuanced female characters and challenge societal tropes. Also among her recent television offerings are the Peabody Award-winning and Emmy-nominated UnREAL, a meta-commentary on the portrayal of women in entertainment and female workplace dynamics, and Girlfriends’ Guide to Divorce, a sneakily transgressive series that chipped at the edges of how women could (and could not) be depicted on television when it debuted in 2014. Over the course of her impressive career, Noxon has been a part of some of the most beloved and critically acclaimed series of the past two decades, including Buffy the Vampire Slayer, Mad Men, Grey’s Anatomy, Brothers & Sisters, and Glee, just to name a few.

Additionally, on the film side, Noxon made her feature directorial debut in 2017 with the powerful film To The Bone, which she also penned the screenplay for. Loosely based on her own personal experience with eating disorders, the film premiered in competition at the 2017 Sundance Film Festival to strong reviews and quickly sold to Netflix for $8 million, making it one of the highest sales to come out of this year’s festival.

“In Sharp Objects, Marti Noxon and Gillian Flynn expertly depict the ruthless specter of history and the hurt beating in the heart of women. Literary and enthralling, Sharp Objects was the standout choice for the 2018 Award for Teleplay Excellence.”