Letter to My Dear Friend by Shabnam Nadiya 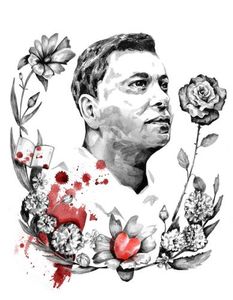 On February 26, 2015, the Bangladeshi-American writer Avijit Roy was violently murdered by Islamist extremists on his way home from a book fair with his wife Rafida Ahmed. Roy was the first of five individuals murdered by Islamist extremists in Bangladesh during an onslaught of attacks during 2015. The writer Shabnam Nadiya, who was a childhood friend of Roy, here writes an open letter to him, nine months after the fateful day. This piece was originally published on The Dissident Blog.

2015, the year that you were murdered, is almost over.

I had never thought I would have to write a sentence like that. No one does.

Yours was not the first, and yours has not been the last. There was a time when it was a happy thing to spot known faces pop up in newspapers, or my social media feed, because it meant someone I knew had published something, or won an award, or achieved something of excellence in their field. Now I dread it: now it is a publisher I knew as a young man whose throat was slit open in his own office; a young woman with whom I’ve exchanged parenting stories and poetry on Facebook whose husband lies in a hospital bed fighting for his life. It means the unimagined horror of my beautiful memories of you being corrupted by images of blood and flesh on the sidewalk.

We met first during those gold years when the path ahead is yet undefined but singing with possibility; when we learn and unlearn the persons we are, and the persons we can become.

We met when we were young.

We became friends in those heady days when we had begun to figure out the world. We read and talked and laughed and ate and roamed our Dhaka streets and then did it all over again. We shared our time long enough to have found a certain rhythm: evenings had to be spent on the footpath in front of the British Council Library. Kala Bhaban steps were for hanging out in the late afternoons. Lemon tea and shingaras at the TSC cafeteria while we bickered seated at formica-top tables. Peyajus had to be snarfed standing by the TSC walls. Puran Dhaka during the puja season. And the whole of February had to be spent walking the Boi Mela and breathing words and books and ideas.

Boi Mela was where they hacked you down. It’s been nine months.

I’ve never been one for anniversaries. Yet month after month now, I keep count.

Every week there is news that points to how deeper and deeper we are, collectively, digging ourselves into this hole of blind and ignorant intolerance. The extremists kill; the state threatens imprisonment; the so-called progressive civil society responds with silence or support. They are careful to say that murder is wrong, but. There is always that ‘but.’ That word, what it really means is this: Keep your mouths shut. Tamp down your questions. Do not explore or examine.

I wonder what you would have said about all this. I wonder how hard you would have fought. Just as hard as the other Mukto-Mona folks are fighting right now.

The stretch of road from Bangla Academy to TSC, from TSC to Shahbag—I walked it for years with you and other friends. I know exactly where the metal barriers are put up to stop vehicles from entering during Boi Mela. I know exactly where the police boxes are set up so that they can, ostensibly, secure the Boi Mela premises. I know that part of DU campus well enough that from photo after horrific photo on Facebook I could tell where it was you were attacked, where it was you had fallen.

I remember walking that stretch quietly, the year after Dr. Humayun Azad had been attacked in that same stretch, in the same way: a group of young men, with bone-cleaving chapatis held aloft. Dr. Azad’s terrified face covered in blood was etched in our collective memories. And now I have to make space amid those memories for you, and so many others. The list, my friend, keeps growing.

There is so much that I’ve left unsaid over the years, and I cannot fathom why. I cannot fathom why I didn’t make more time to talk more often, or force you to do the same. I cannot fathom why we let the thick cord of friendship and reason that bound us together grow thinner the way we did. But I’m grateful that no matter the time, and distance, and circumstance that obtruded at times, the bond between us existed, for sure. I cannot think of a moment when I wondered twice before writing to you or calling you, I cannot think of a moment when I worried that our disagreement over any issue, whether personal or political, could damage our friendship.

This was the one thing that time had taught me about you: your heart was as large as I could imagine.

And now you’re gone. You leave the world a better place than you found it, dosto.

One afternoon there were three of us scrunched in a rickshaw, in that uncomfortable but fun way, with one of us sitting on the seat back. Not me—fortunately you guys were usually taller, and bigger than me back then, so I got to sit in relative comfort on the actual seat. It was evening, and we were going somewhere or maybe we were coming back. We were singing Bob Marley’s Buffalo Soldier at the top of our voices. All three of us. There was another rickshaw, with three more friends, sometimes behind us, sometimes ahead, sometimes parallel. They were singing too. Was it then that we discovered that you couldn’t carry a tune? That you were terrible? I remember laughing so hard I could hardly sing or even breathe. We all were. You were that bad, my friend, you were that bad. You were laughing too. And then you tried telling us that it was fine because after all I was the only trained singer among us, and when that didn’t work to calm us down, you yelled, Shut up, you, you turn even Bob Dylan into Rabindra Shangeet when you sing!

Which was true. It’s still true.

You shared with us a tape—you had the rare treasure of some songs of Suman’s (before he became Suman Kabir; before he embraced his noya-Muslimhood with such zeal) that had not yet been released commercially. The words and tunes of Gonohotyar Naam Bhupal (Bhupal is the Name of a Genocide) and Bangladesh Ghire Bera Deya Hobe (Bangladesh will be Fenced In) kept us in a daze for days: we talked and talked of the sonorous beauty of those songs. Remember standing in line for hours to see Suman perform live at the Engineers’ Institute? We paid 250 taka per ticket—we were all students with not much to spare, but for this we would scrimp and save.

I also remember our disillusionment.

I laughed on my way home recently when I remembered arguing with you about Dylan vs. Baez. You liked Dylan but were firmly in the Baez camp. I was blind about Dylan back then, and you said (and I couldn’t deny), The numskull sings well, but why does he mewl so? I didn’t want to know about his betrayal of Baez; I didn’t deal well, back then, with discovering clay feet.

I’m listening today to Kangalini Sufiya; those six dacoits of her song have indeed poured ashes on our hopes. But not for long.

One evening we stopped a skutar—a three-wheeler. Memory is a funny thing, my friend. I remember exactly where it was: midway on the stretch of road between theTSC roundabout and Charukala. But I cannot recall at all whether it was those old fashioned yellow scooters, or the green CNGs that were safer for the environment. Or was Dhaka at the point of switching then, and perhaps at that point there were both kinds on the streets? Perhaps the one that stopped at our desperate shouting was a yellow one, because the whole event was etched in my memory when the driver shook his head refusing to let you sit beside him–and the yellow ones barely had space in the front for the driver. I remember riding in those, and the arm of whoever was sharing the tiny seat with the driver reaching behind his back to hold on desperately to the metal frame of the scooter.

We were off on a biryani run that night. Star Kabab in Kawran Bazar! Those low steps, those oddly placed pillars in the middle of the restaurant. The mamus who would bring us extra jhol because they liked us and they’d known us forever.

There were four of us probably. Which is why you couldn’t squeeze into the back, and tried to sit beside the driver. And the driver jumped out shaking his head vehemently. No, no, no! He said. You’re too big! And he spread his arms upwards and sideways to show how big you were—so tall that he reached skywards, so wide that his arms wanted to engulf Shahbag on one side and Chankhar Pul on the other. We laughed and teased you relentlessly (we were ruthless at teasing, weren’t we!), and you yelled at the scooter-wallah, Oi miya, Oi miya! And we jostled each other and somehow fit ourselves into the scooter and the driver was laughing too; he thought we were funny.

I read the account of the photographer who took you and Bonya to the Dhaka Medical College Hospital after the attack, when no one else would help. He said you were so tall, they couldn’t fit your legs into the scooter. The scooter had to go slow so the driver could make sure you weren’t hit by some passing vehicle. Some nights I lie awake thinking of these men. The men who are your murderers, and the men who tried to save you, who did, indeed, save Bonya. I wonder what pushes us to help sometimes, and what makes us turn away. I am never in doubt, though, about which impulse makes us human.

Dhaka was so different that evening when we stood impatiently on the sidewalk waiting for an empty scooter. Dhaka was already changing then, but we didn’t see it, not yet. That evening was so long ago; before the scooters had turned themselves into little cages—one cage for the driver, one for the passenger. The little metal grill, and the little gate you can lock, all of it green, keeping us safe, keeping us separate. I think of the scooters, and I think of our Dhaka: How the passengers are just as afraid of the drivers as the drivers are afraid of them. I’ve often thought of how those CNGs are such a living and fundamental metaphor for our state of existence.

How many cages, how many separations can we create to keep ourselves safe? Will we ever find out?